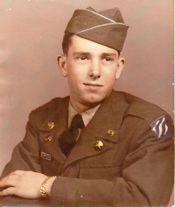 Edward Thomas Weaver was born August 6, 1932 to Clyde and Eula Jane Thomas Weaver. His father was a contractor and died at an early age when Edward was a small child. The family home was located at 1735 W. Maryland Avenue. Edward attended Rule High School and joined the United States Army before the outbreak of the Korean War.

He had come home to Knoxville for a brief visit and upon returning to base was immediately deployed with his regiment to Korea on July 25, 1950. The 5th Regimental Combat Team was sent to reinforce the Eighth Army in the last stronghold in South Korea known as the Pusan Perimeter.

In late August 1950, the 5th Regimental Combat Team was with the 25th Infantry Division when they were ordered to take Sobuk Mountain. The division took the mountain in a massive attack of air and artillery barrages only to be driven back after dark by the North Korean counter attack before the mountain was finally secured. It was during this offensive that Private Weaver was killed in action.

Private Weaver was repatriated to Knoxville and funeral services were held at Berry Funeral Home Chapel on November 15, 1951. He was survived by his mother, Eula Duncan. Private Weaver was interred at Woodlawn Cemetery with American Legion Post Number 2 in charge of military honors. 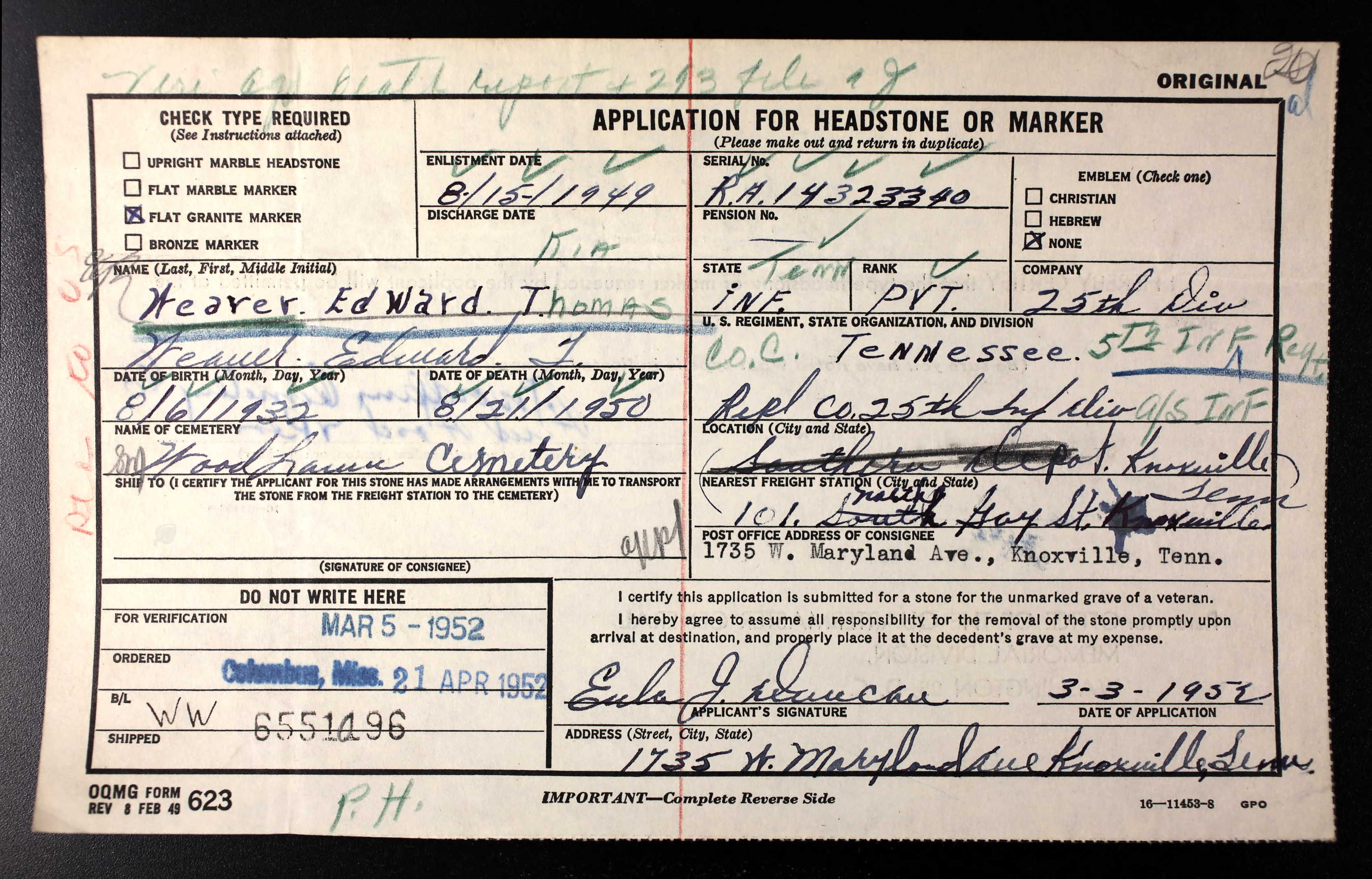