He was a Navy Officer.
He died December 31, 1942, in San Juan, Puerto Rico.  Cause of death was Drowning, head Injury, Plane Crash
at the San Juan Harbor. He was the pilot of the aircraft. He was one of several people killed in that terrible accident
I have his death certificate.
-Submitted by Jennie Jimenez

The Erwin Record, April 8, 1948
Among the hundreds of war dead being returned from the Carribean and South American Area on the transport reaching San Francisco last Firday, April 2nd, were the bodies of two Erwin Boys who gave their lives in World War II. They are Lt. Edward Vogel, Erwin, whose body is being sent to the Philadelphia distributing center, and from there will go to Baltimore, Maryland, where funeral services will be held and interment made in the family cemetery. Lt. Vogel was killed when his plane crashed in take-off near Puerto Rico in the Carribean area. 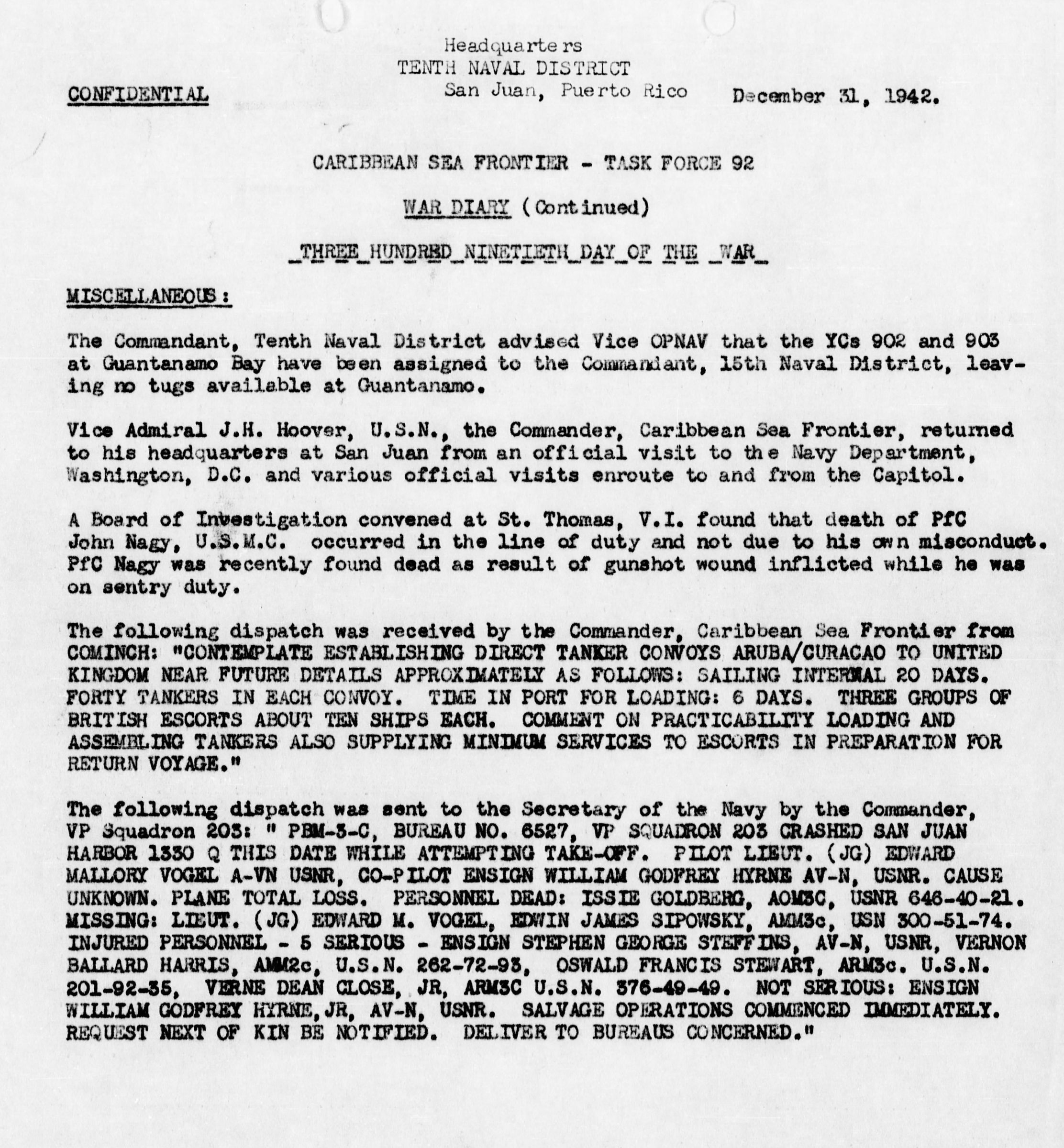 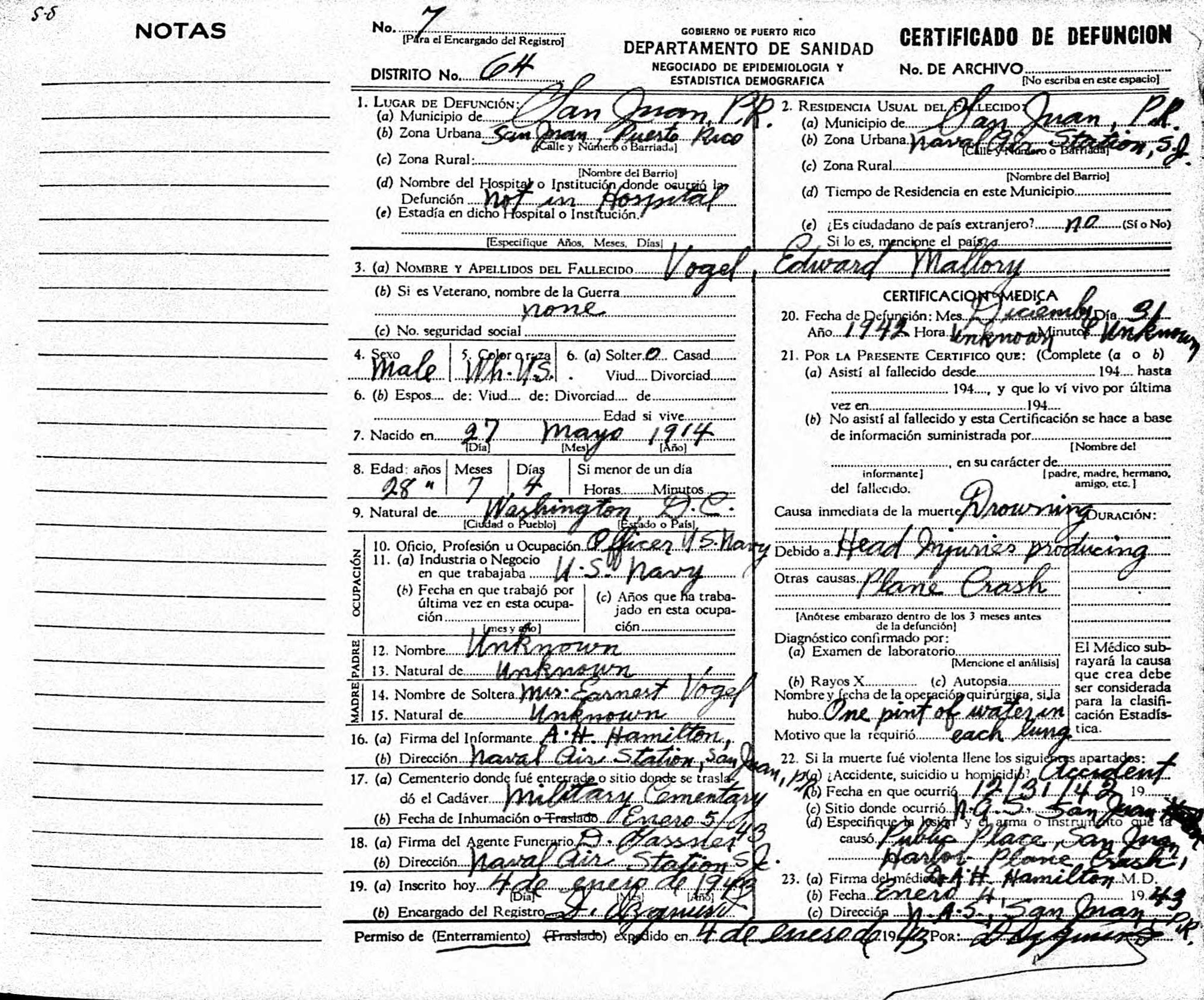 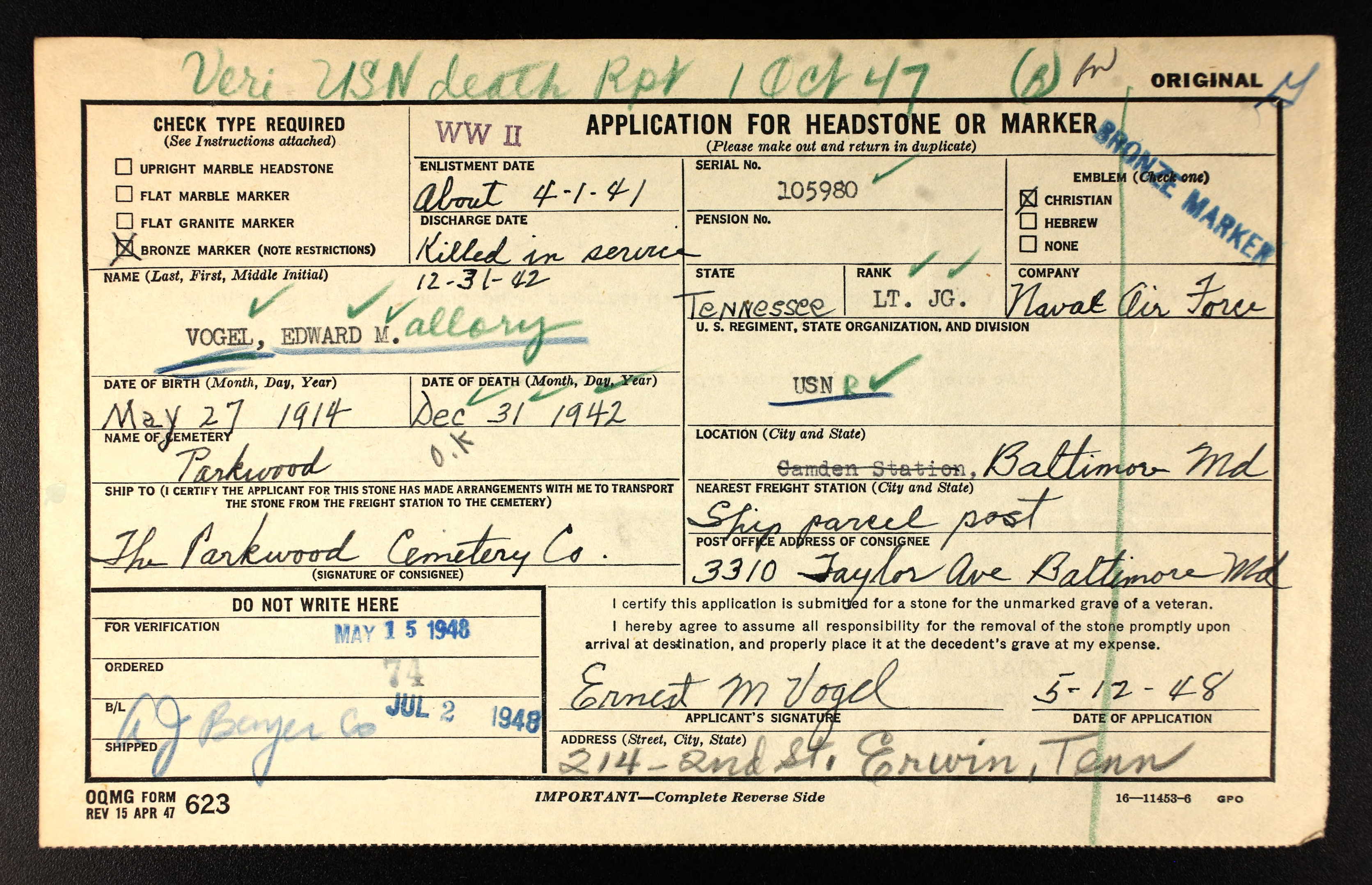 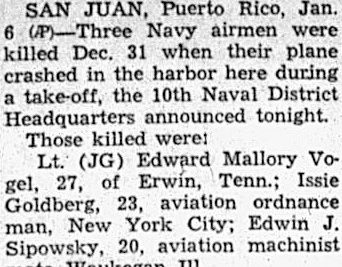 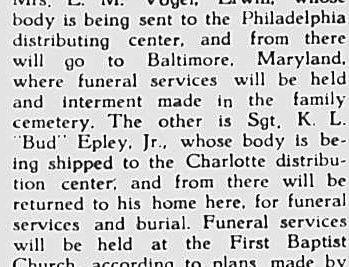