Served aboard the destroyer U.S.S. Preston. The ship was sunk during the Battle of Guadalcanal on 15 November 1942. Edward Matherley was officially declared dead on 16 November 1943. 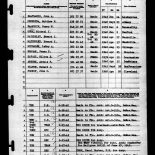 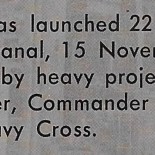