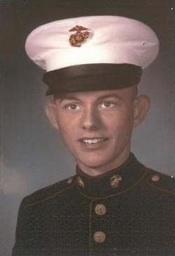 Edward Gerald Sharpe was born in Manitoba, Canada, son of Gerald S. Sharpe and Marie L. Sharpe of Calhoun TN and he enlisted in the US Marine Corps on August 29 1966 in Nashville TN.