Edward F. Keesling was born in Lincoln County, KY, the son of Charles Alexander Keesling and Sarah Malinda Miralce. He was the brother of Mildred, Nancy and Martha Keesling. He enlisted on August 13, 1942, in Fort Oglethorpe, GA.

Edward Keesling was a ball turret gunner on Aircraft # 42-29553, which departed from Chelveston, England on a heavy bombing mission to Gelsenkirchen, Germany. It was hit by two large bursts of flak and by enemy fighters. The plane crashed near Muenchen-Gladbach, Germany. 8 Of the crewmembers were killed, 2 were taken prisoner of war.

The Knoxville News-Sentinel, July 16, 1943
Word has been received by Mrs. C.A. Keesling of A Street, Fountain City, of the safe arrival somewhere in England of her son, Staff Sgt. Edward F. Keesling. Sgt. Keesling is a gunner in the Army Air Forces. He has been in service since last August. A graduate of Central High School, Sgt. Keesling was employed at Fulton Sylphon Co. prior to entering service. 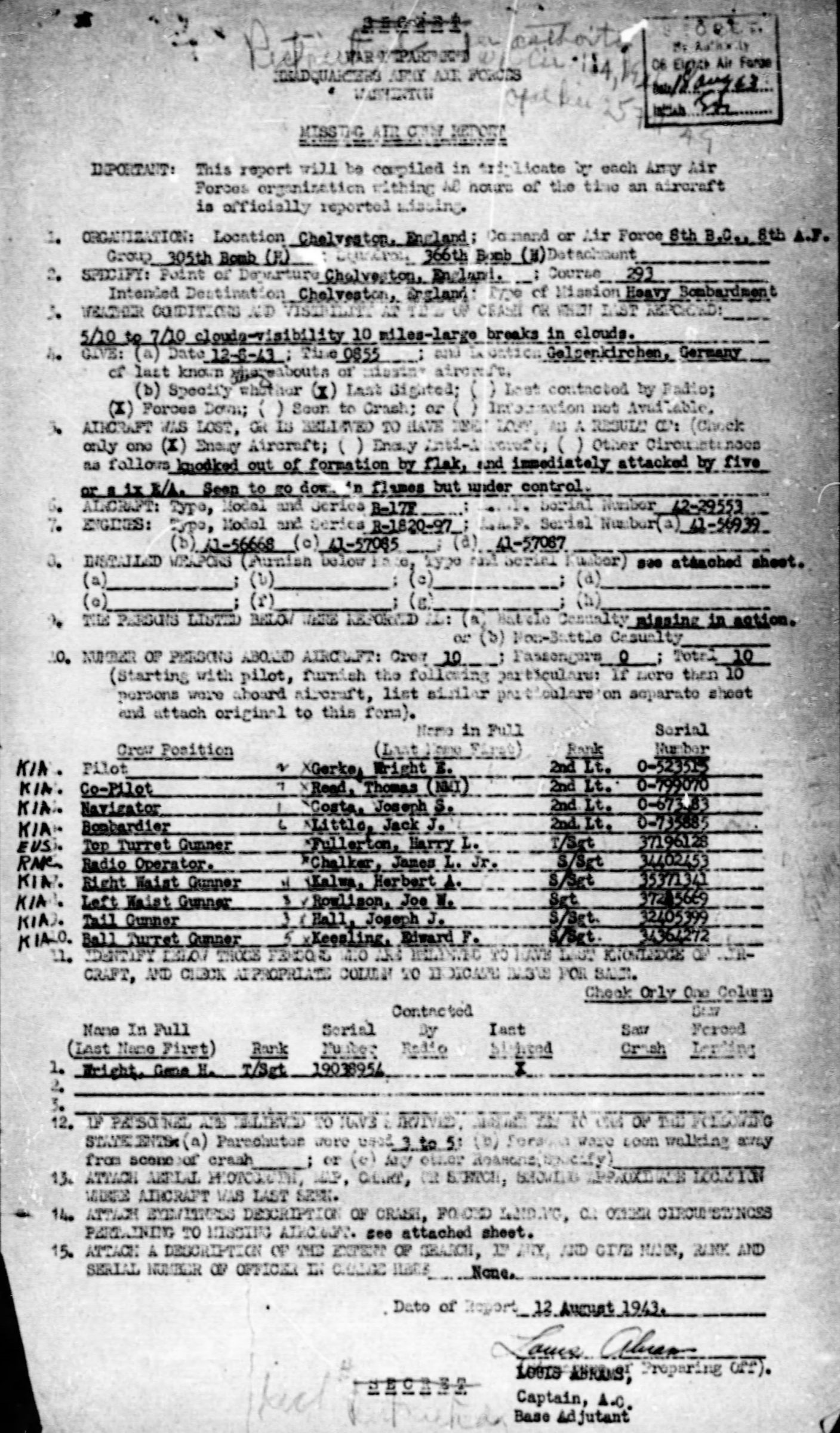 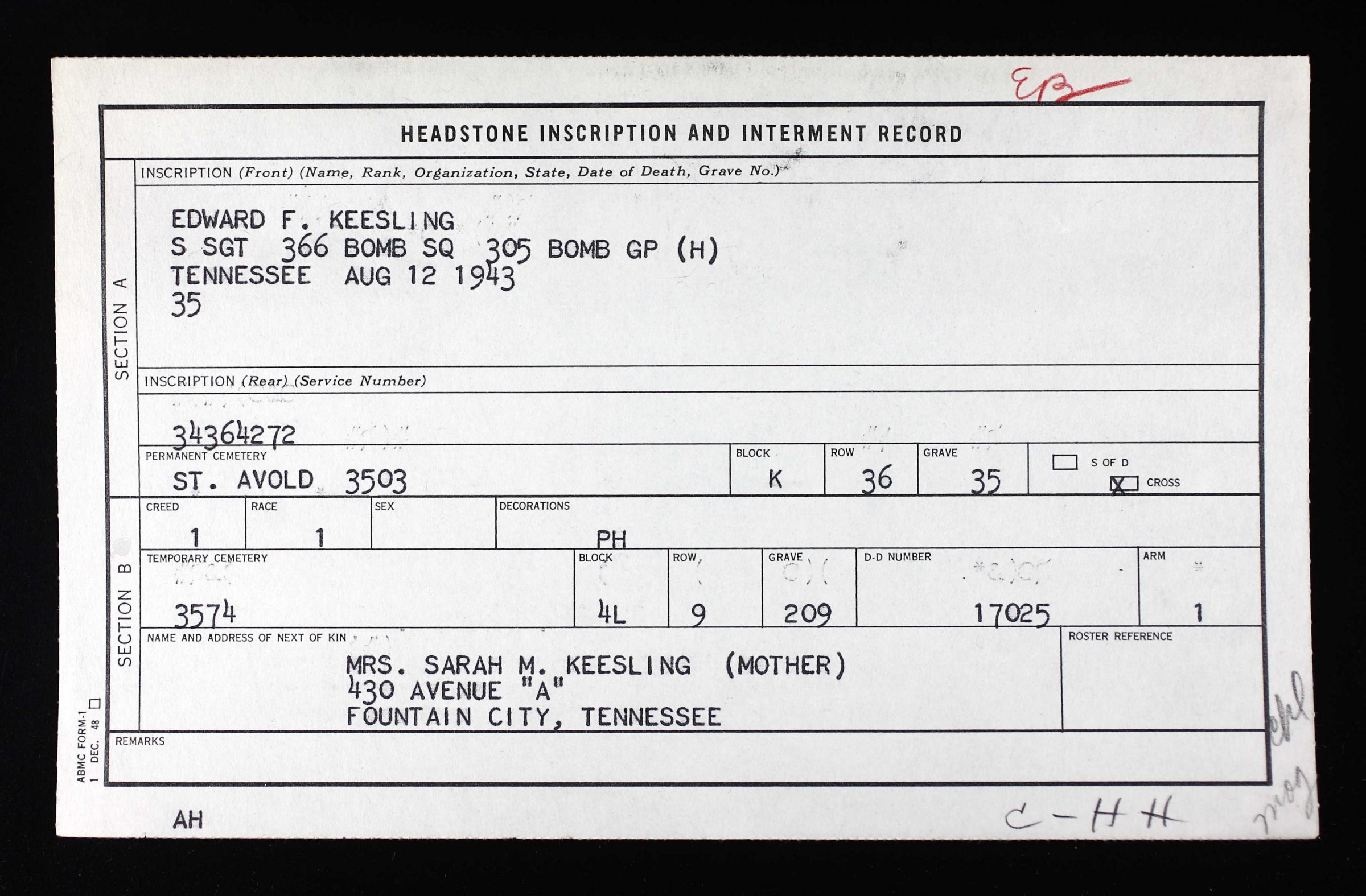 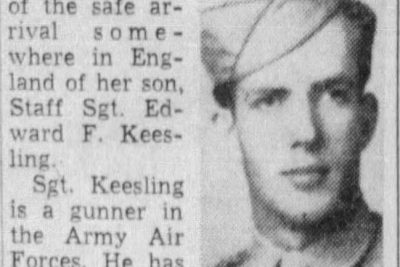 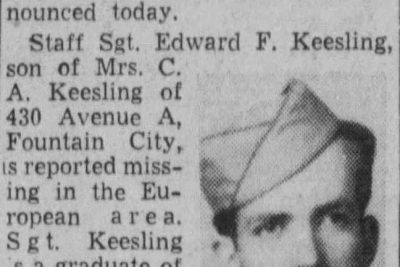