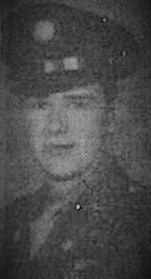 The Knoxville Journal, September 14, 1945
Cpl. Edward Ford Johnson, Knoxville High School graduate with the class of 1944, was killed in a plane crash Sept. 6 in the Aleutians, the War Department has announced.
Corporal Johnson was the son of Mr. and Mrs. H.E. Johnson, 2006 East Glenwood Avenue. His wife Mrs. Virginia Anderson Johnson lives at 2700 Jefferson Avenue. The Young man had been serving in teh Army 14 months. He was a gunnero n a B-24 and received his basic traning in Texas and Idaho.
No details concerning the accident had been made public by the authorities. 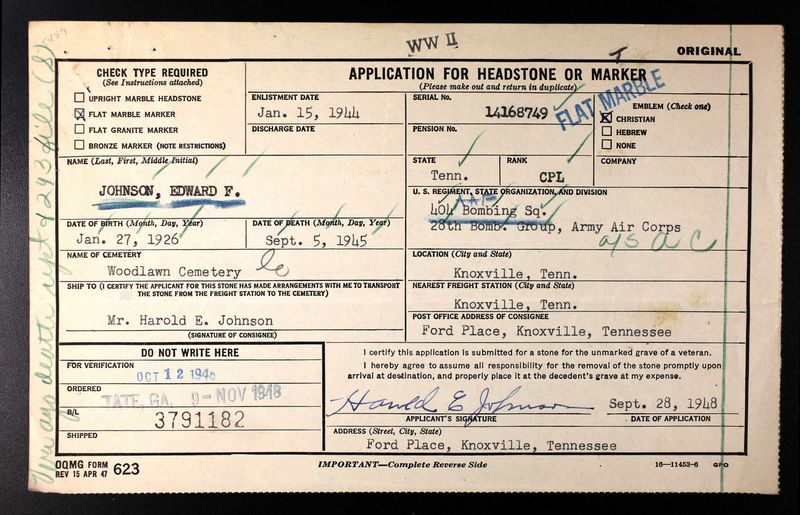