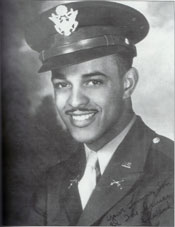 He was serving on the front lines in Italy with a U.S. Army unit known as the Buffalo Soldiers, named after the highly decorated all-black cavalry units in the American West, when he was killed in combat. He enlisted on April 18, 1942 in Camp Forrest, TN. After receiving his commission at Fort Benning, GA, he served two years in the military. He had been overseas four months before his death in combat.

Cothren attended Austin High School. He graduated from Knoxville College, where he was a member of the college quartet that toured the country and sang in the Golden Gate Exposition in San Francisco. His parents were Edward F. Cothren and Lucy Cothren, and he had one brother named William. He is buried in the Knoxville National Cemetery.

In 1946, the city’s black swimming pool, Leslie Street Park Pool on West View Avenue, was renamed Edward Cothren Pool in his honor, upon the request of then city manager George R. Dempster and councilman Milton Roberts.

In 1995, the city spent $800,000 for a new replacement pool on Western Avenue and College Street and named it the Edward Cothren Pool. The pool serves families in the Mechanicsville, Lonsdale and Beaumont communities. 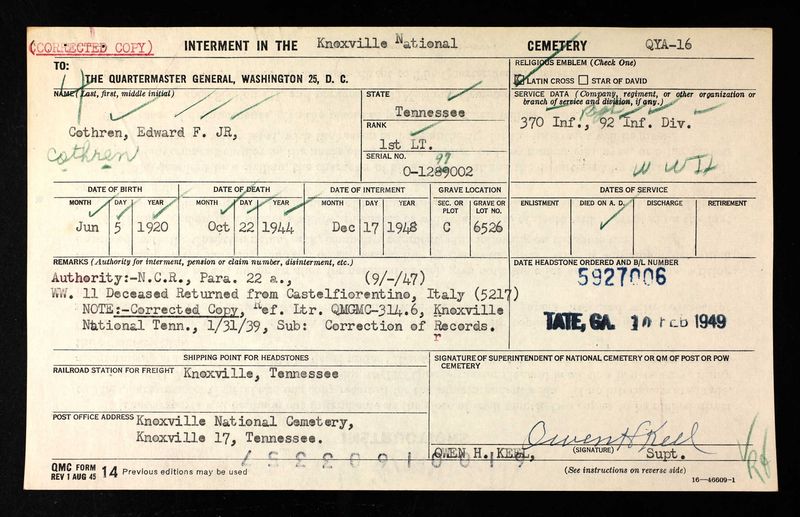