Sgt Boss entered the service on 17 October 1942 at Richmond, Virginia.

On 5 January 1944, aircraft B-24H with serial number 42-7722 departed from RAF station Seething, United Kingdom and was on an objective bombing mission to Kiel, Germany. It was last seen over the Target. 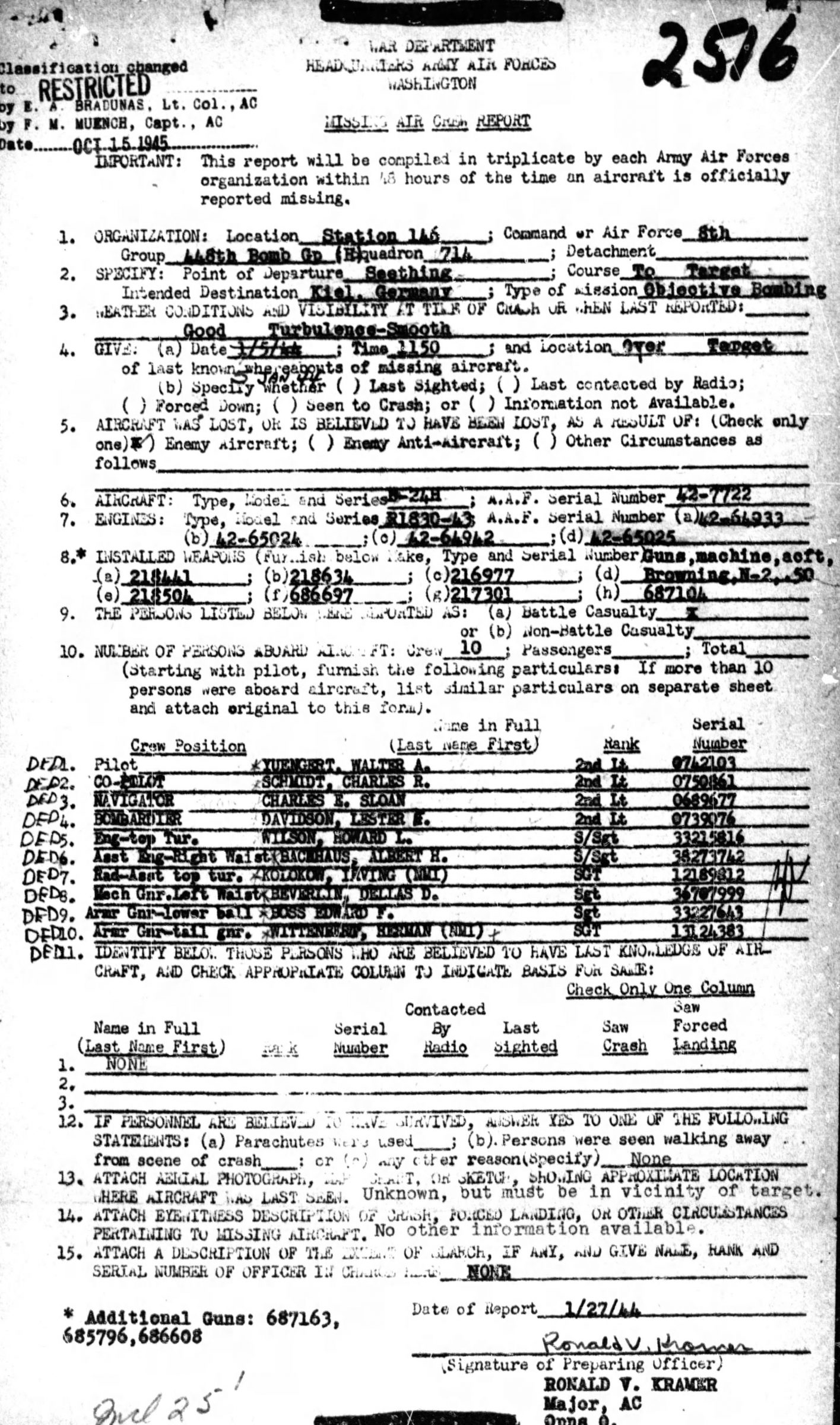 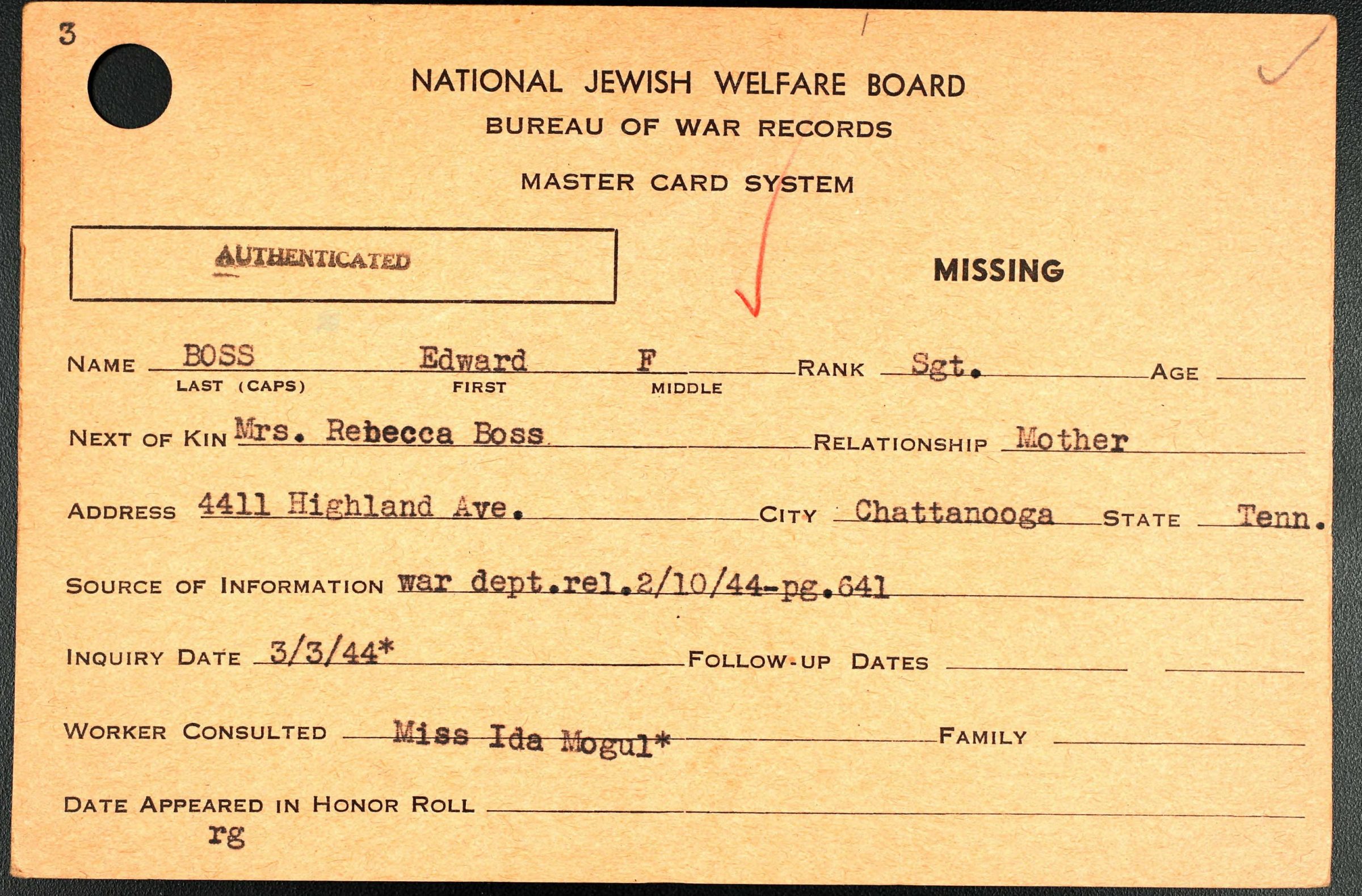