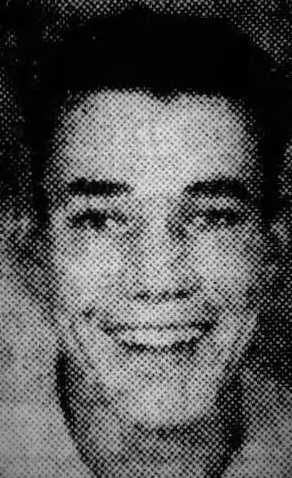 He was the son of Bradley and Mallie Ethel Roberts Collins. Edward was a member of Linden Avenue Baptist Church and attended Knoxville High School. Private Edward Eugene Collins entered the United States Army about June of 1951 and was assigned to the 77th Engineer Construction Company, 25th Infantry Division. He had been in the Army about eleven months when he was sent to Korea. He was only three weeks into his tour in Korea when he was seriously wounded while fighting the enemy in North Korea on May 6, 1952. He died of those wounds on May 15, 1952. In addition to his parents, he was survived by brother, James L. Collins sisters, Misses Laura and Wanda Collins grandparents, Mr. & Mrs. F.H. Collins of Corryton. Private Collins was awarded the Purple Heart, the Korean Service Medal, the United Nations Service Medal, the National Defense Service Medal, the Korean Presidential Unit Citation and the Republic of Korea War Service. Private Collins was buried at Collins Cemetery in Grainger County, TN.

The Knoxville News-Sentinel, May 23, 1952
Pvt. Edward E. Collins, 21-yar-old  Knoxville soldier who had been in Korea only three weeks, has died of wounds received May 6, according to his parents, Mr. and Mrs. Bradley Collins, Atkins Road, Corryton. Pvt. Collins died May 15 in an Army field hospital in Korea. He had been wounded in teh stomach by exploding shrapnel. The young soldier, who served with the 77th Engineers, attended old Knoxville High School before entering service some 11 months ago. He was an all-round athlete and had played for several independent teams, including the American Legion junior basketball team and the Boys’ Club basketball squad. 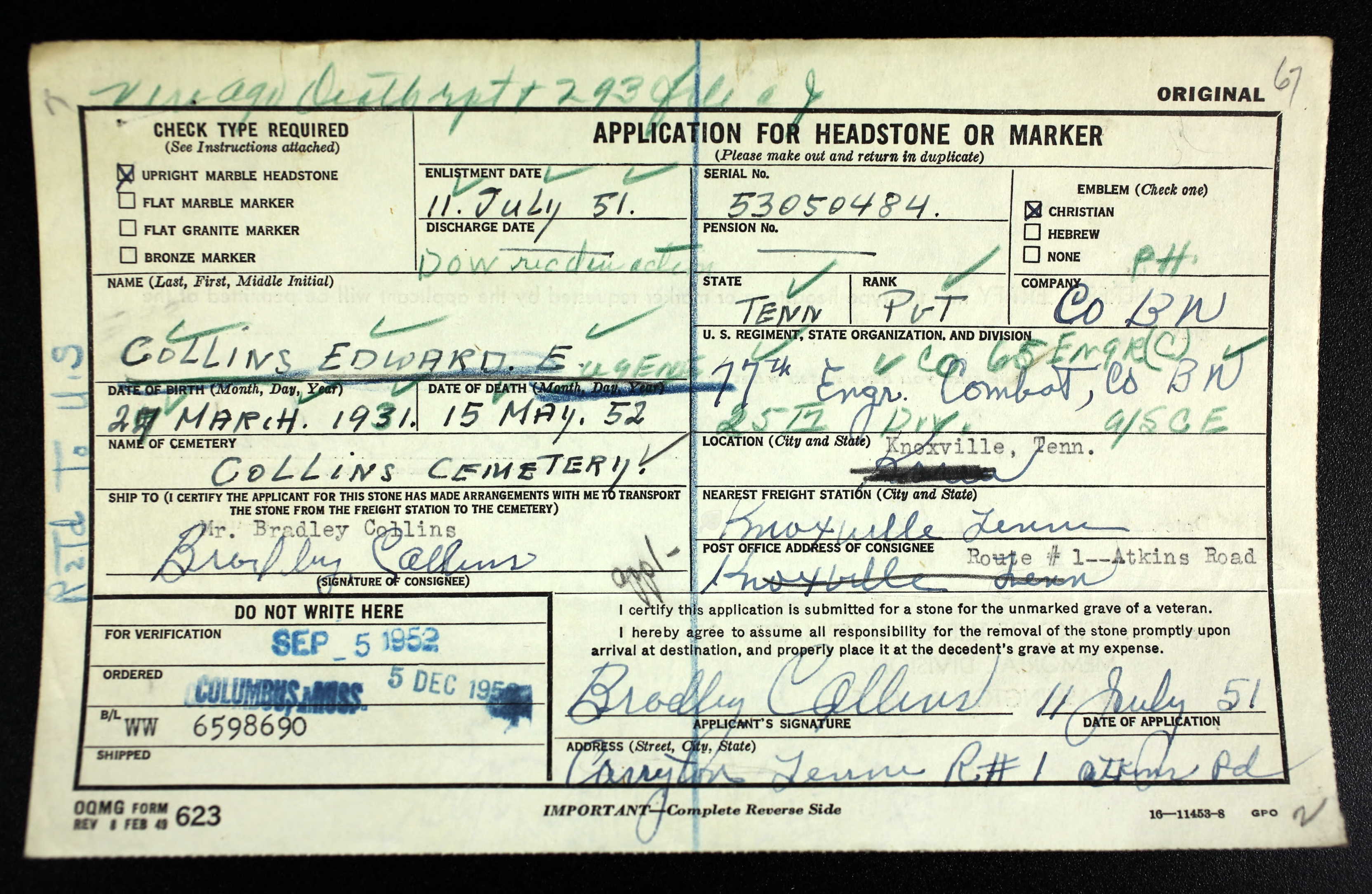 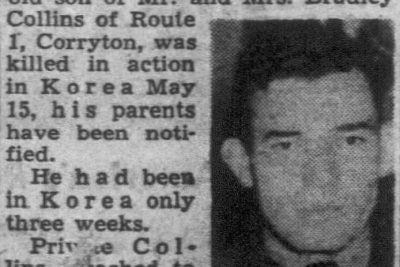 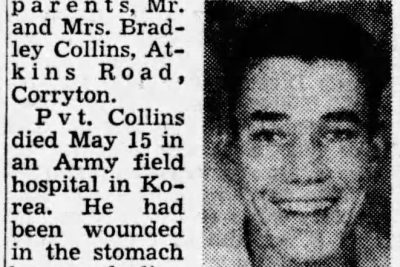