Aircraft B-24H with serial number 42-51077 departed from Stornara Field, Italy on a bombing mission to the Shell Oil Refinery in Budapest. The aircraft was hit by 20mm bursts from enemy planes and blew up in mid-air south of Budapest, near the Duna river.

Statement from 1st Lt Marvin E. White, Air Corps, Intelligence officer:
On 2 July 1944, six of our B-24 bombers from Baker Box were seen shot down in the target area, from 1020 to 1025 hours. Reporting crews were unable to distinguish between these aircraft as to number, and as a result a definite report cannot be made on each individual ship. It was reported however, that two aircraft were seen to disintegrate in mid-air, two seen going down with engines on fire, one with wing broken off and one with the tail shot off. All crews reported seeing chutes open (varying from 4 to 6) but did not know from which aircraft/aircrafts the chutes came from. Statements were substantiated by practically all reporting crews. Lieutenant Edward C. Jones, Jr. plane #42-51077 was flying position baker-5. 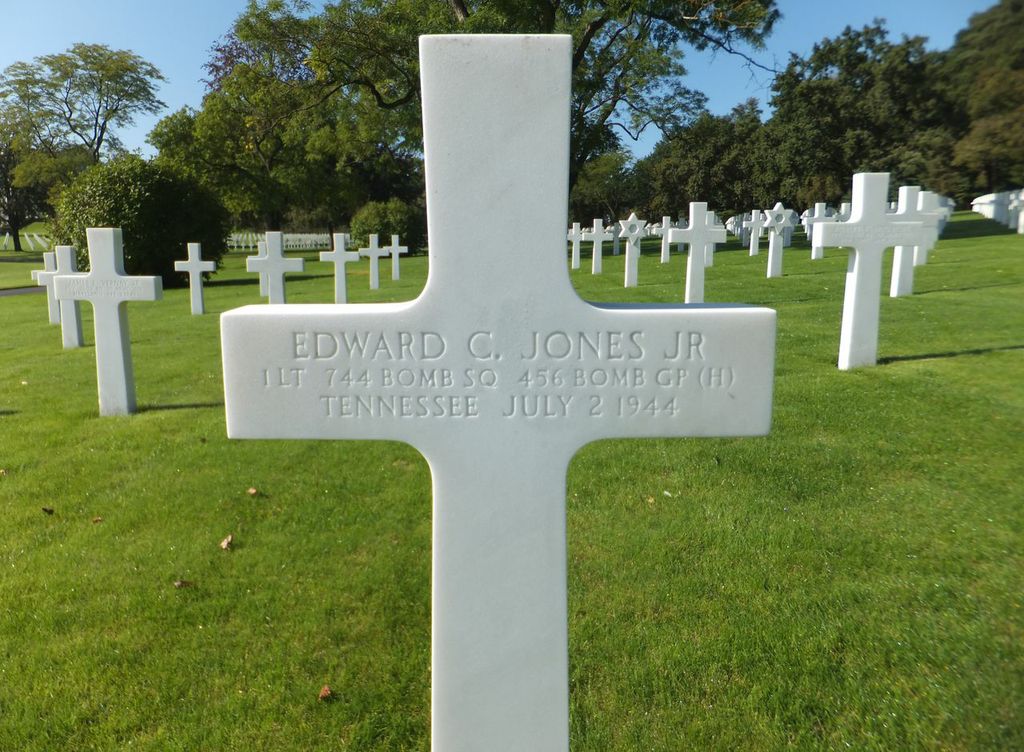 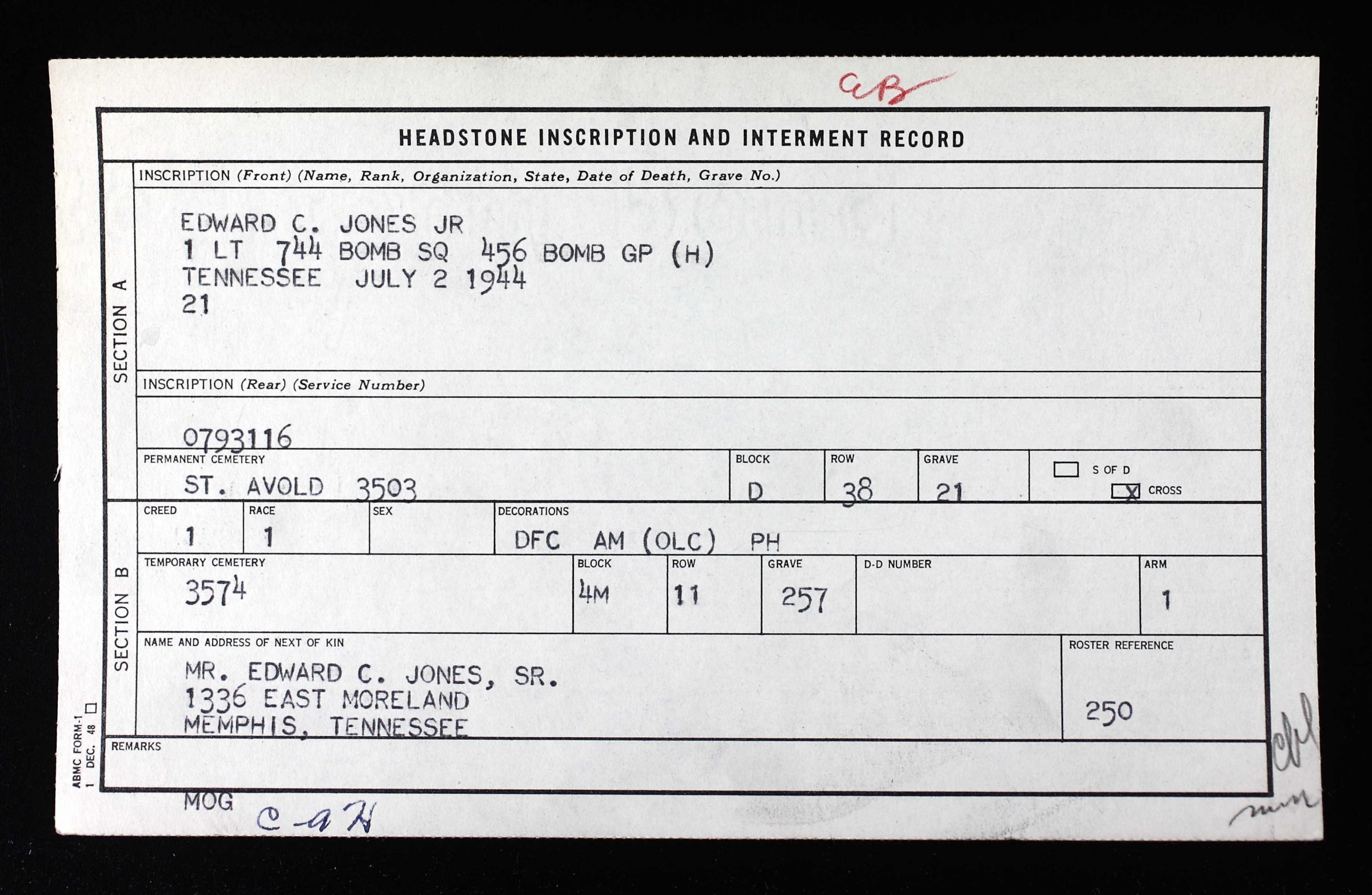 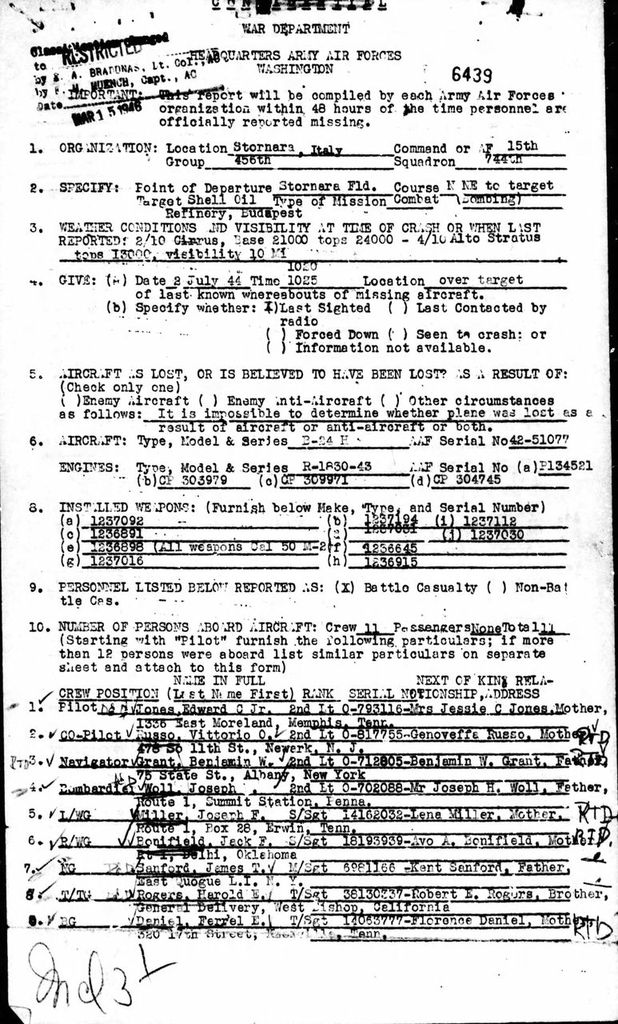