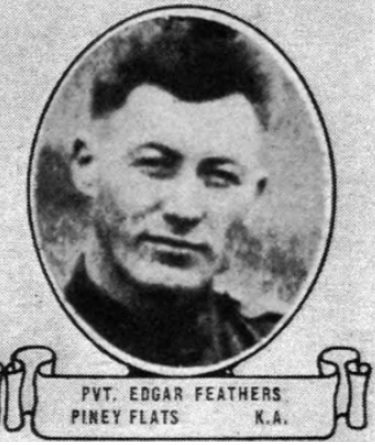 Piney Flats, Tenn., April 18, 1921
The remains of Edgar Feathers, private of Company F, 117th Infantry, arrived here Saturday and was interred with military honors in the Turkeytown Cemetery, near Watauga, Sunday at 1 o´clock. Private Feathers volunteered for service in Johnson City, during the early part of the war, and was killed in action, Oct 17, 1918.
He was the first boy from Piney Flats to give his life for his country. He is survived by his mother, Mrs. Roby Pearce, a half sister, Mary Pearce, and stepfather, Roby Pearce. 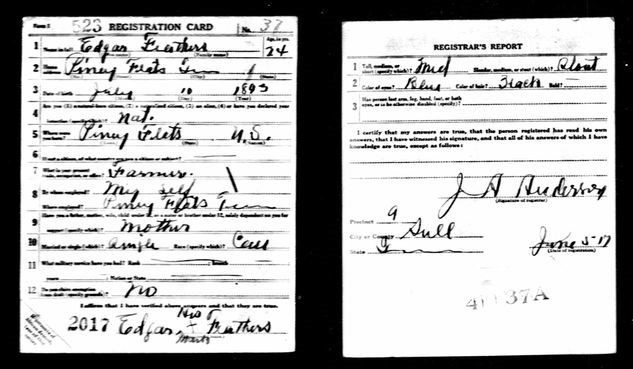 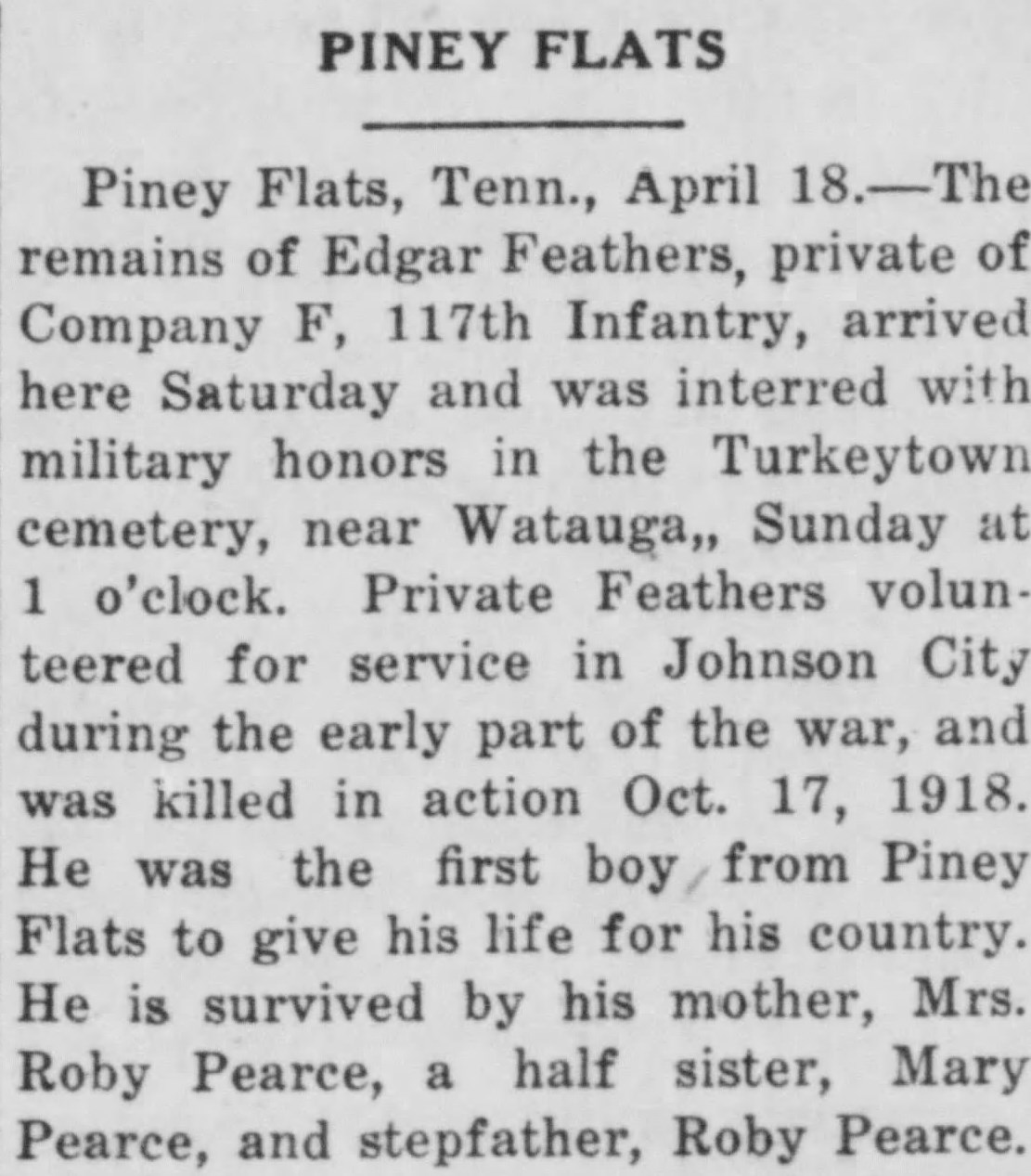 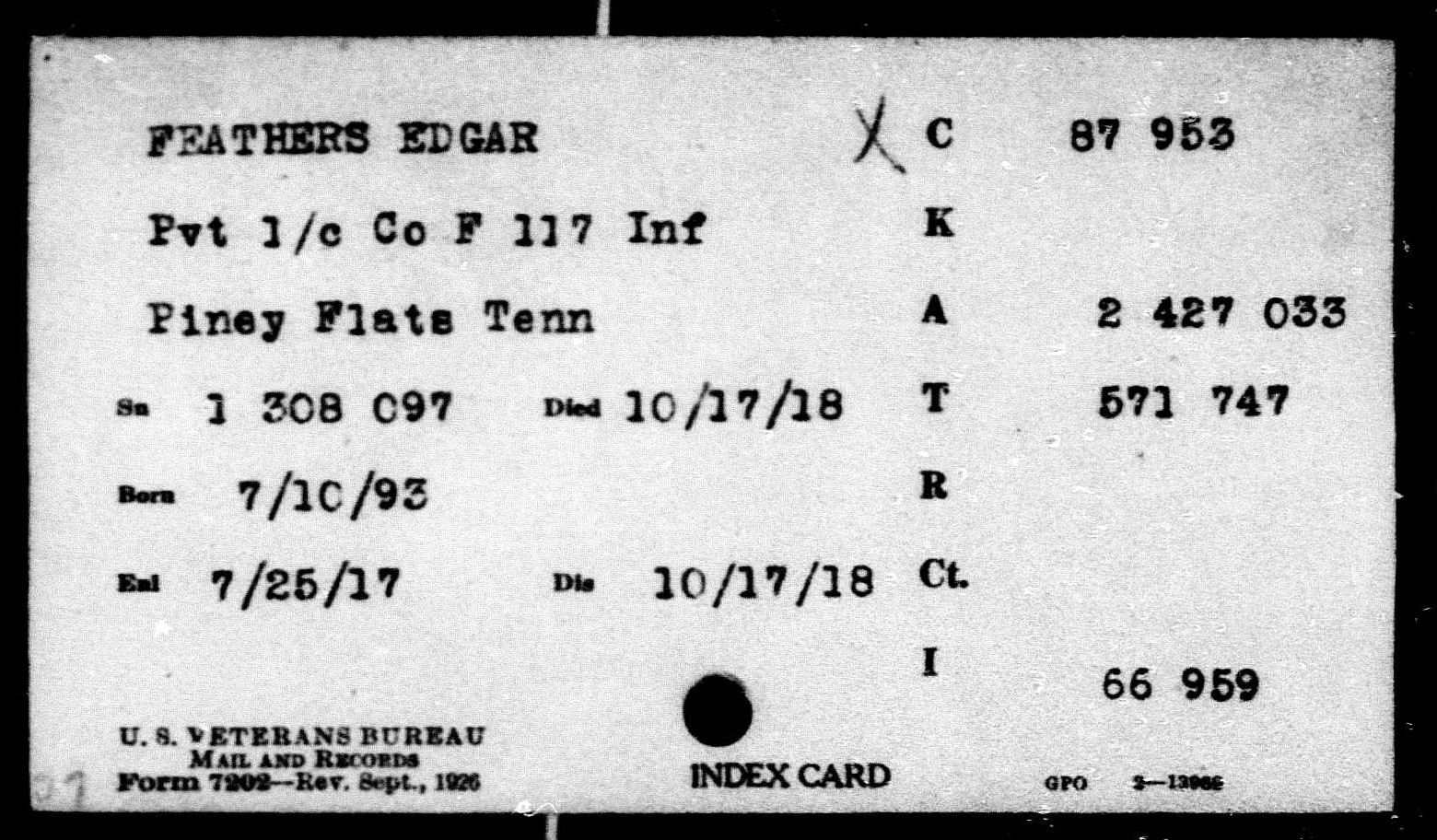 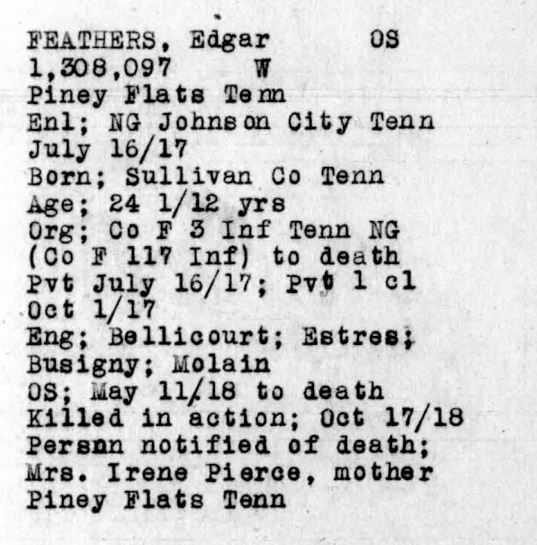