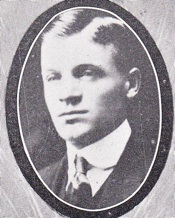 Corporal Edgar Emory Johnson enlisted in the Marine Corps at Knoxville on March 7, 1917, and was assigned to the 45th Company, 5th Regiment, 2nd Division. After training at Mare Island, CA, and Quantico, VA, he went overseas in August 1917. He took part in all fighting of the Marines up to October 6, 1918, when he was killed in action near Blanc Mont in the Champagne sector. Edgar Emory Johnson was repatriated back to Knoxville and was buried at Knoxville National Cemetery on October 16, 1921.

E.E. Johnson, formerly of Fountain city, was killed in battle in France Oct. 6, according to a message received last night by his father, J.C. Johnson, from the war department at Washington. Johnson joined the marines in 1917 and sailed for France about three months ago. His relatives had received only two letters from him since he landed. One was written the day he landed and the other a few days later. Johnson was brother to L.A. Johnson of the American Army in France.
-The Journal and Tribune, Friday, November 9, 1918 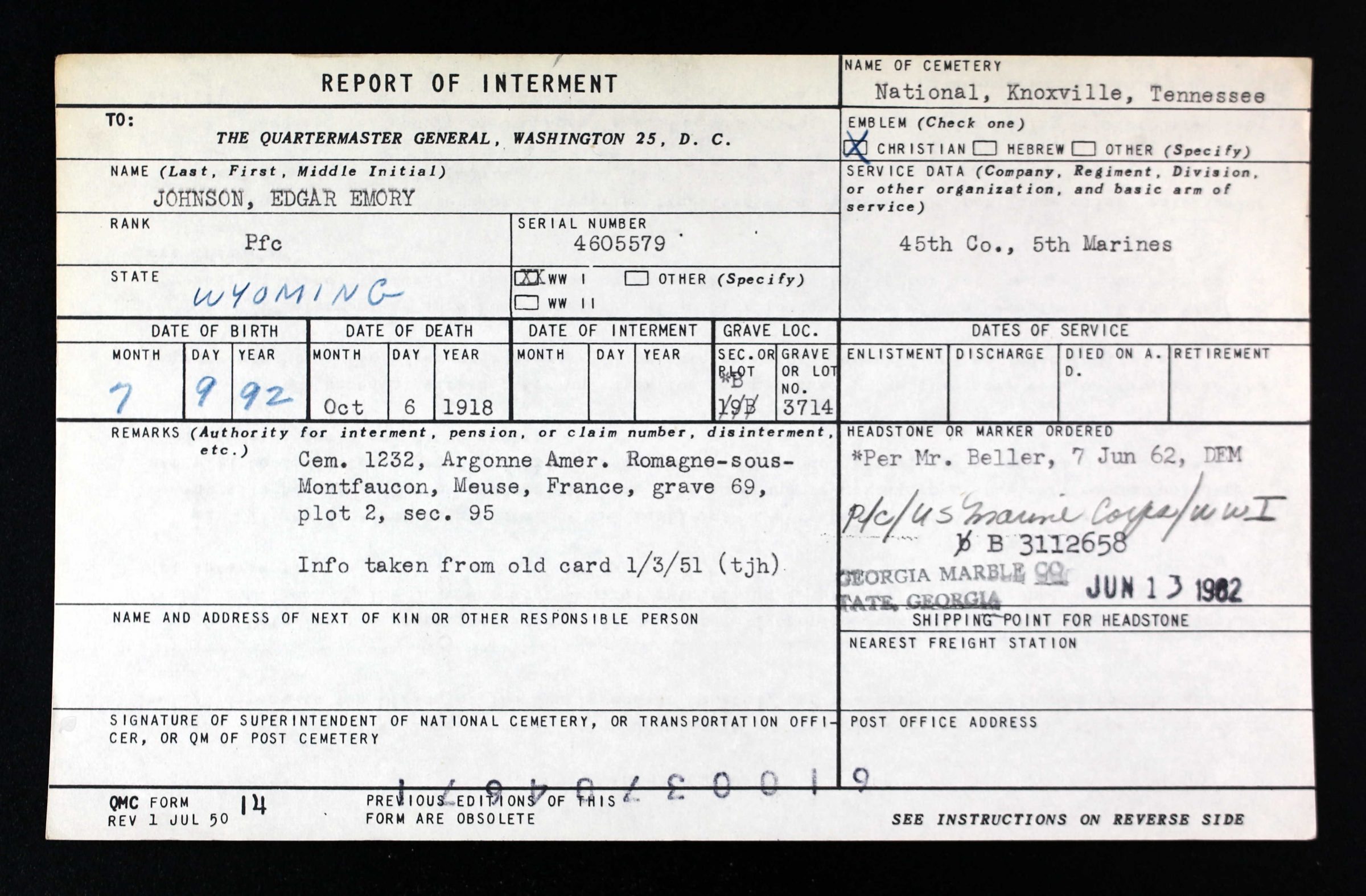 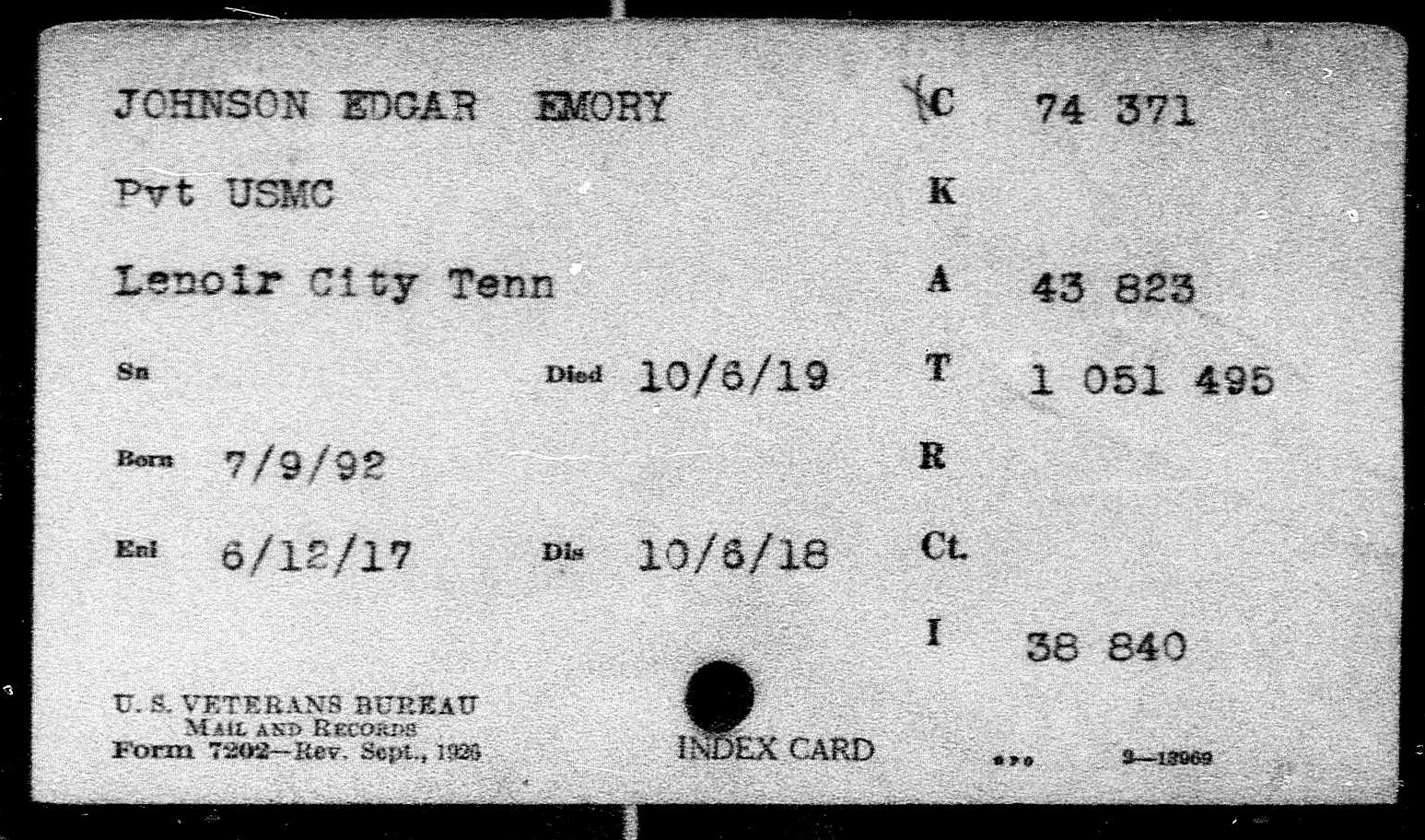