Private Edgar C. Dodson, of Kimberlin Heights, was repatriated back to the United States after the war. Funeral services were held at Forest Grove Baptist Church on January 23, 1949. Burial Forest Grove Cemetery, Knoxville.

On the 11th of January the First Platoon was assigned to support Company C(?) and had to move quite a long way to get into position during the night. We spent until daybreak digging in. The ground was frozen for over a foot but was good sandy digging after that.

We were to support the Infantry Company while they attempted to take the next hill.

The attack started almost immediately and lasted all day and then the Germans mounted a heavy counterattack and drove the Infantry Company back to their original position. We had remained in our holes at the same position and fired cover for the riflemen. The snow that started coming down on the 12th was a very effective camouflage and we did not draw too much fire unless one of our men was seen outside during the daytime. The mortars would then lay into us and keep up an intermittent fire that seemed more to intimidate us than inflict serious harm. Two men from the 1st squad, Pvt.’s Raymond Chambers and Edgar Dodson, both from small towns in Tennessee were sharing the same foxhole in a position where they could watch our flanks. On the afternoon of the 12th Chambers was standing guard and Dodson was catching some sleep when a mortar shell landed nearby. Dodson groaned in his sleep and then was quiet and Chambers thinking that he had been startled did not disturb him. About an hour later when Chambers went to wake him he found that he had been killed.

“Doc” Grimes came over and confirmed the death and took his personal effects to be sent home. 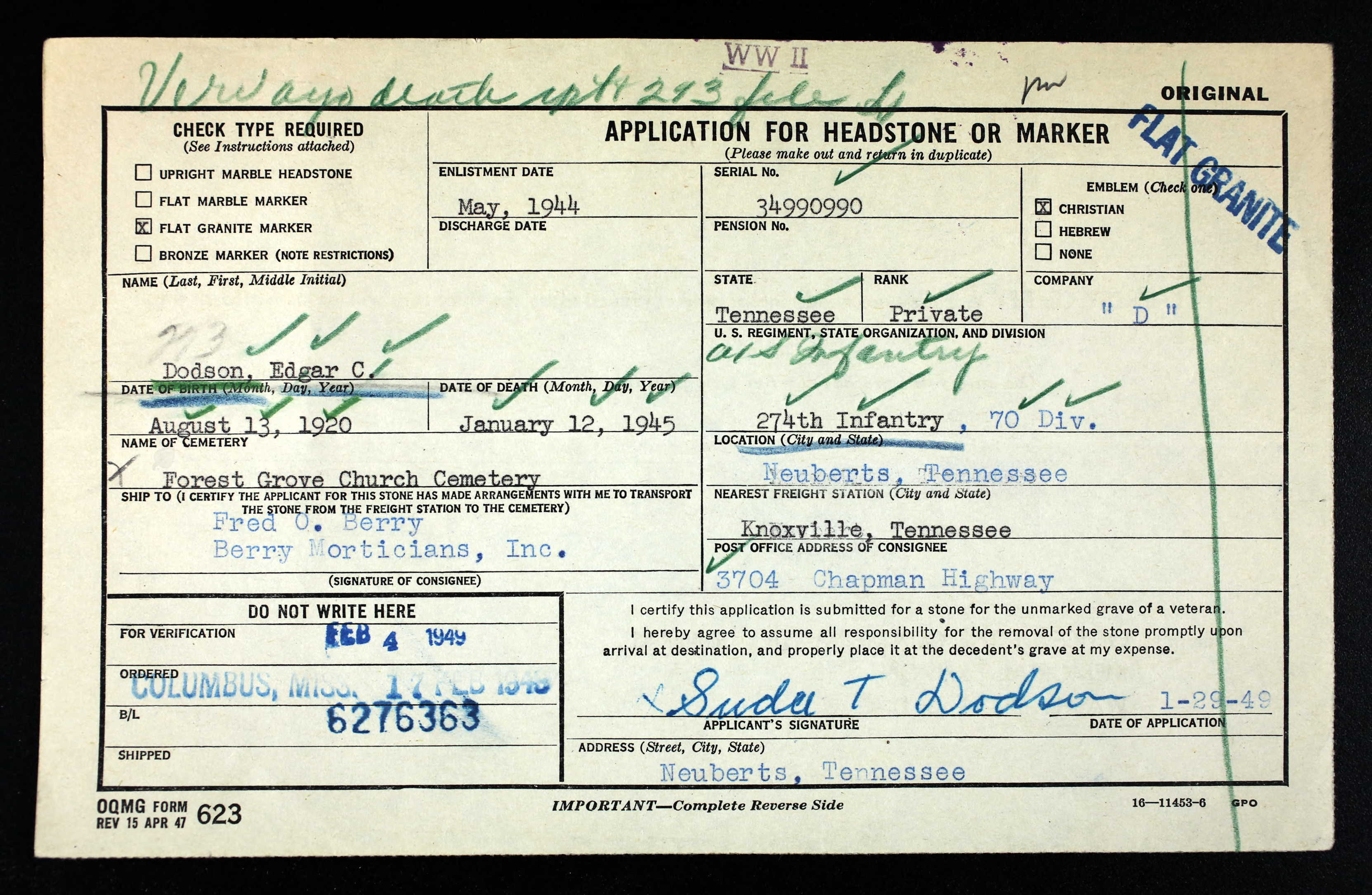 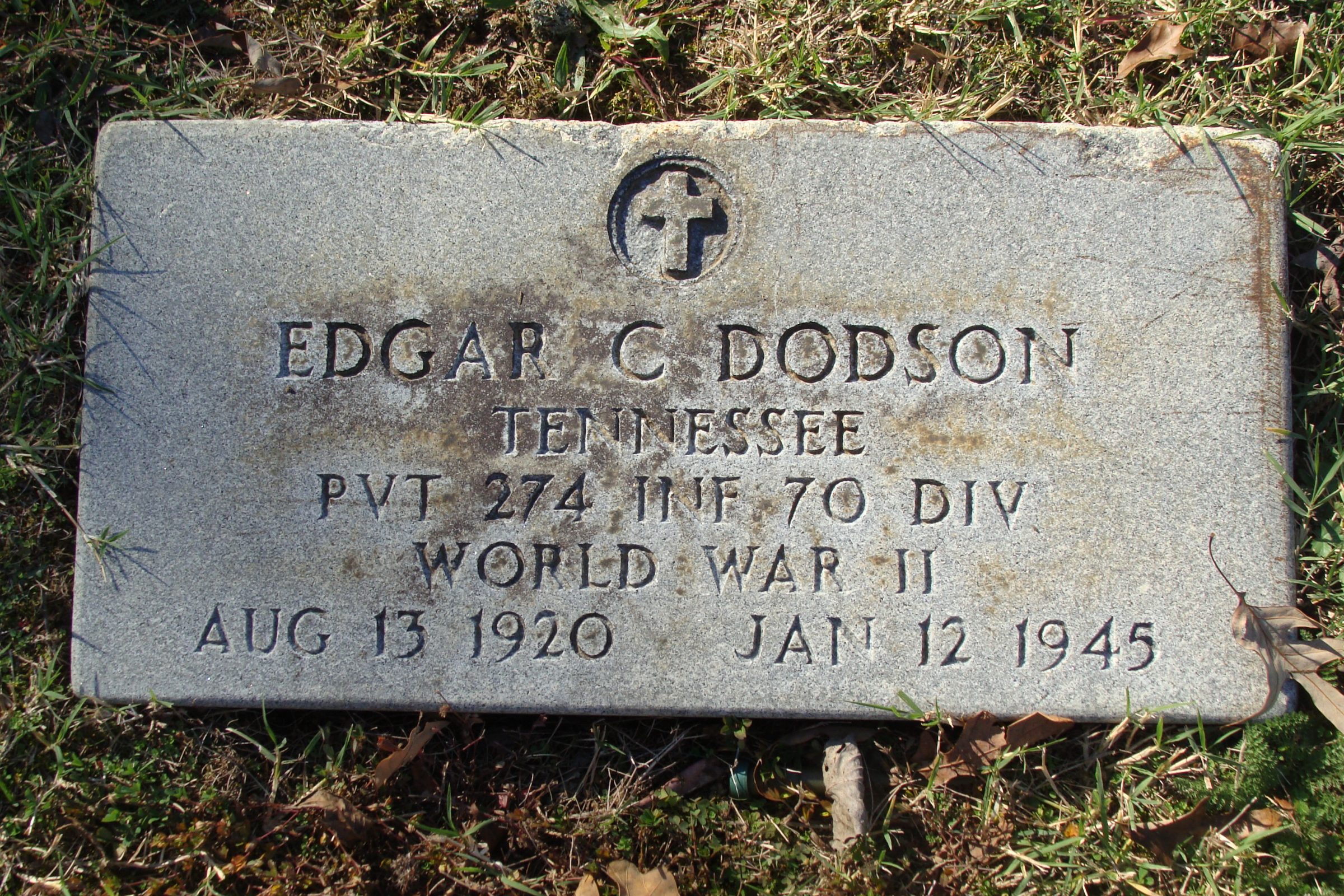 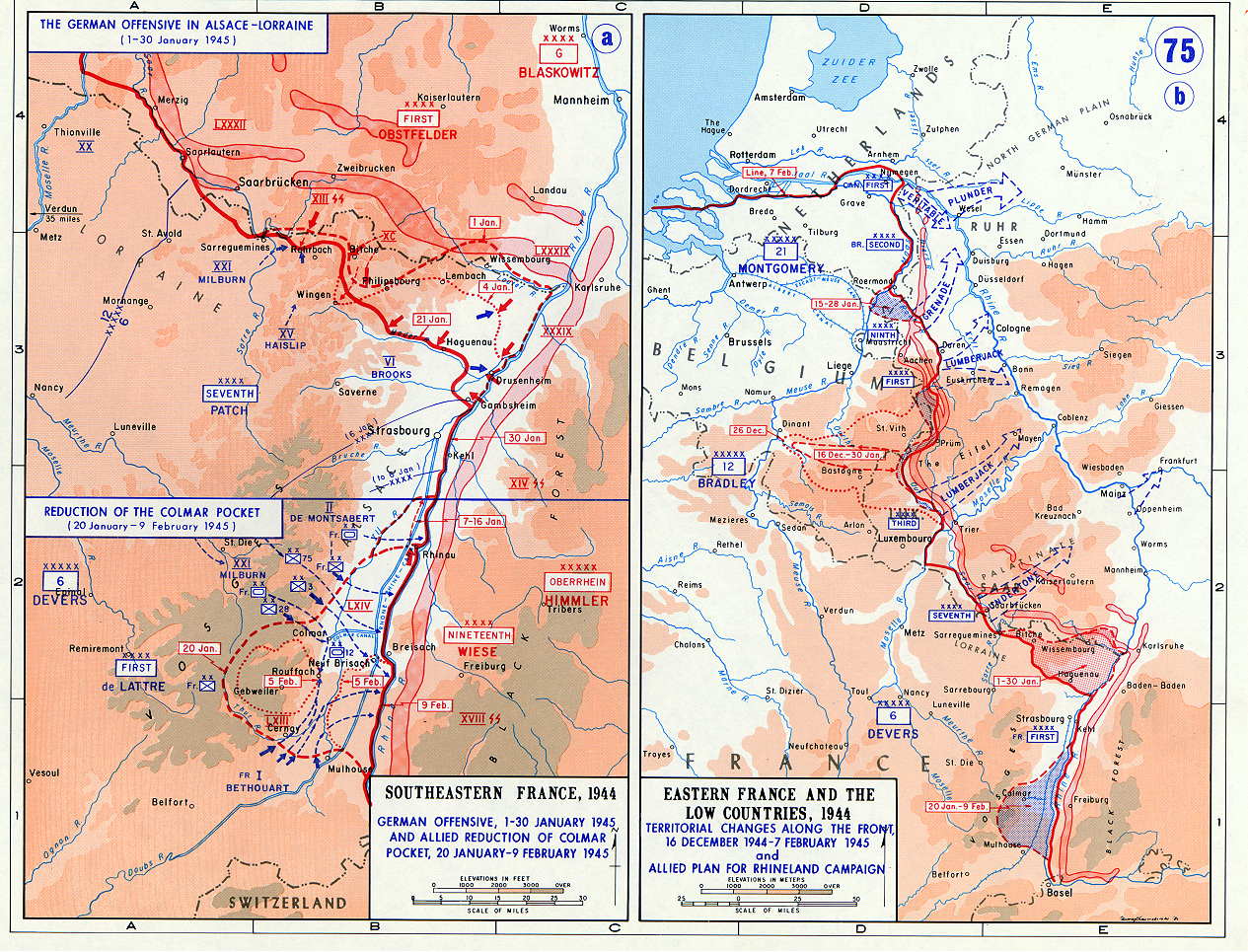 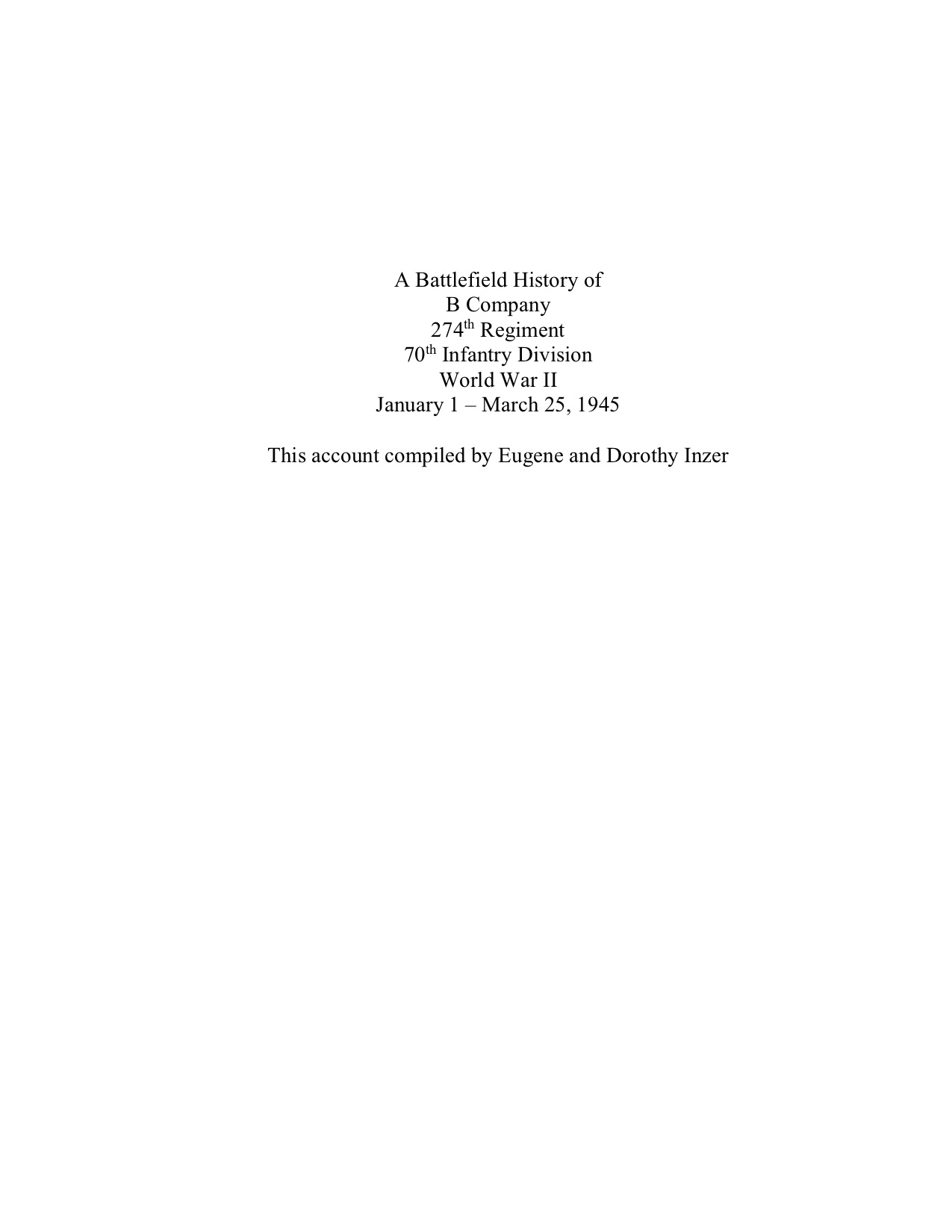