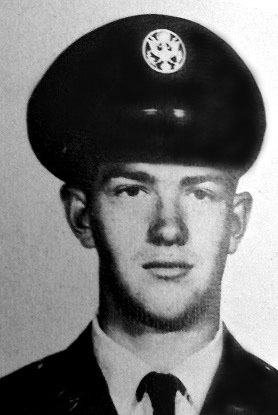 Airman Third Class Eddie Manis was born on May 11, 1947, and was the son of James Manis and Ruby Reagan Manis. He was originally from Gatlinburg, Tennessee. He served his country in the Vietnam War in the United States Air Force, in 510th Tactical Fighter Squadron, 3rd Tactical Fighter Wing, 7th Air Force. His tour in Vietnam began on December 13, 1966. On May 12, 1967, A3C Manis was killed under hostile conditions in Bien Hoa province, South Vietnam; he was 20 years old at the time of his death. A3C Manis is buried at PA Proffitt Glades-Lebanon Baptist Church Cemetery in Sevier County, Tennessee, and is memorialized on the Vietnam Veterans Memorial on Panel 19E, Line 98.