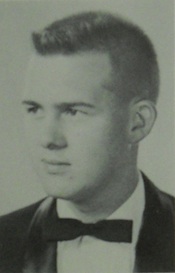 “I was with Major Story on the morning of the attack. He was badly wounded and in water unable to get up. I went into the water along with Cpl Hau and got him out to the side of the lake. I pulled off my tee shirt to cover his very bad head wound. I saw a uh1 over head and I started firing my m-16 in the air and they recogonized that we were in trouble. They hovered over the water and I was able to get my commander on board and they flew off with him. The flight was quick and over within a few minutes. This took place as we were about 4 kilometers from ALPH2 which was the last Fire base in Vietnam over looking the Ben Hai River. Cpl Hau and I laid waiting until the civilians started to move then we started our return back to ALPA2. I have tried to find Major Story over the years but was not able too. I saw his name on the wall of Honor and it rightly belongs there. I was a SSG at the time and went on to become a command Sgt Major and stayed on active duty for 30 years.”
-Submitted by Joe Hill, a soldier under his command