“Another Rockwood Youth Makes Supreme Sacrifice In This War. Pfc. Ed FRANKLIN. Mr. and Mrs. Grover FRANKLIN, North Front Street, received a telegram last week that their son, Pfc. Ed FRANKLIN had been killed in action in North Africa. Ed was one of our best young friends. He was one of the best Boy Scouts of Troop 106 just a few years ago and since entering the service he continued to develop and became a fine looking soldier. Ed joined the army on March 8, 1940, and was assigned to the Infantry and served at Fort Benning, Ga., Fort Dix, N.J., Fort Wadsworth, N.Y., Fort Deven, Mass. and Camp Blading, Fla. He was in the Louisiana war maneuvers of 1940 and the Carolina war games of 1941. Ed was 21 years old, of splendid character and clean cut in his living. His brother, who was serving with the army in the Philippines, died in 1941 and was brought home for burial.”
–The Rockwood Times, Thursday, 15 Apr 1943, Vol. 63, No. 15. 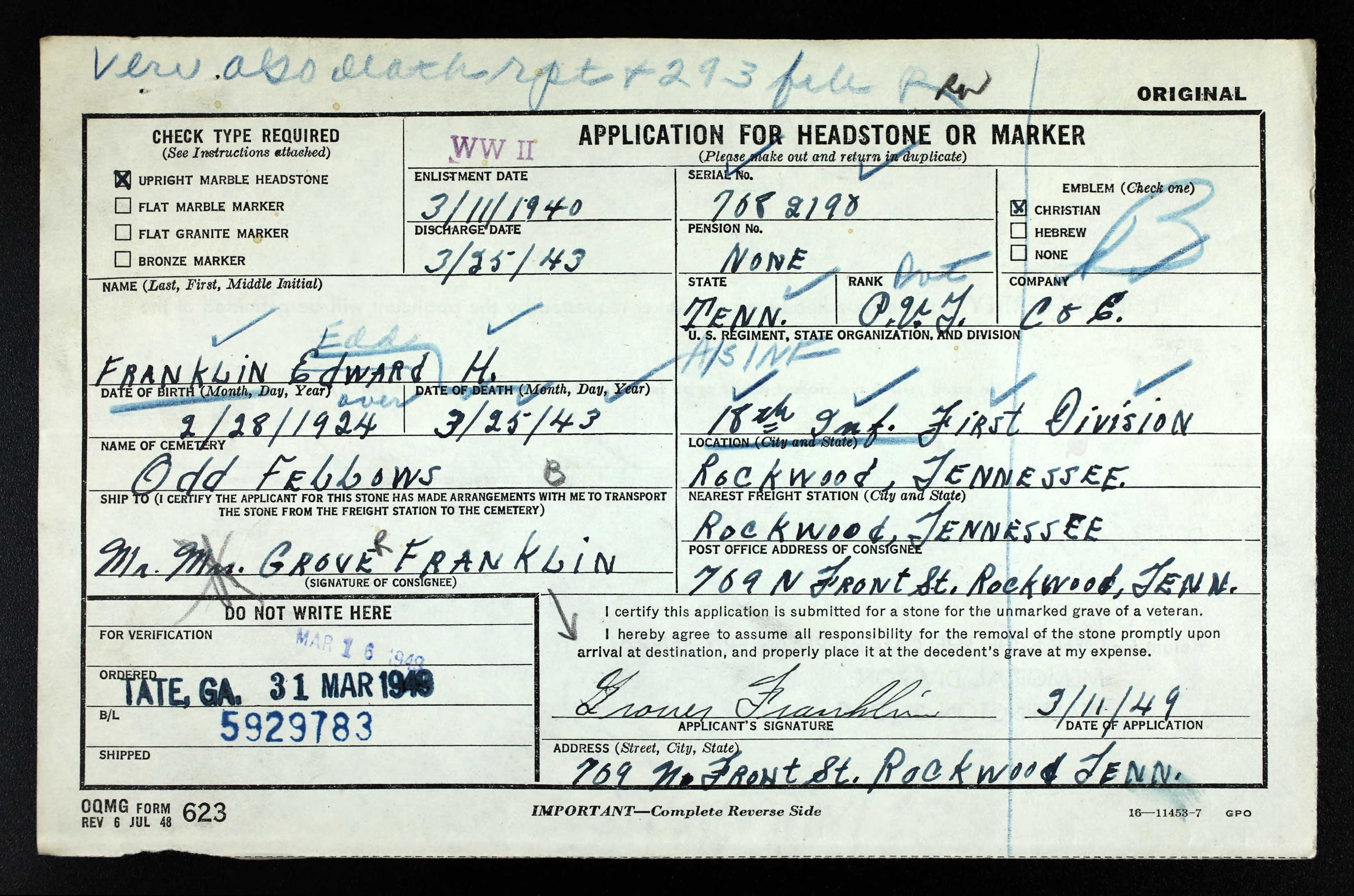