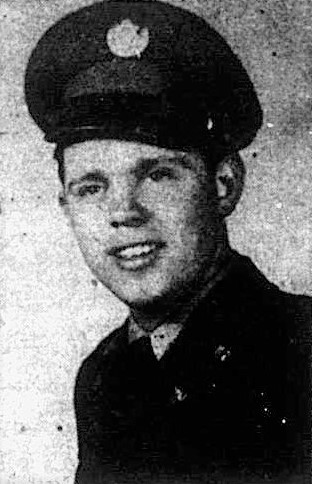 Private First Class Moser was a member of the 32nd Infantry Regiment, 7th Infantry Division. He was seriously wounded by the enemy in North Korea on October 1, 1951 and died of those wounds later that day.

The LaFollette Press, October 25, 1951
Word has been received by relatives that Ernest Moser, son of the late Elmer Moser, was wounded in action in Korea and died the same day. His father died a few weeks ago. Details of the death of Young moser who had only been in Korea for a short time, were lacking. It was understood that he was wounded in action on Monday, October 1 and died the same day.

The FaFollette Press, March 6, 1952
Funeral services were held for Pfc. Ernest Moser who was killed in Korea on October 1, 1951. He entered service on August 18, 1950. The body arrived in LaFollette Saturday. Services for the young soldier, son of Mrs. Virgie Moser, were conducted by the Rev. Owen Hatmaker, pastor of the Cedar Hill Church. Survivors are his mother, 4 brothers, J.D., Millard,Harold and M.L. Moser and three sisters, Mary Ruth, Betty Sue and Sandra Gail Moser and a host of other relatives and friends. 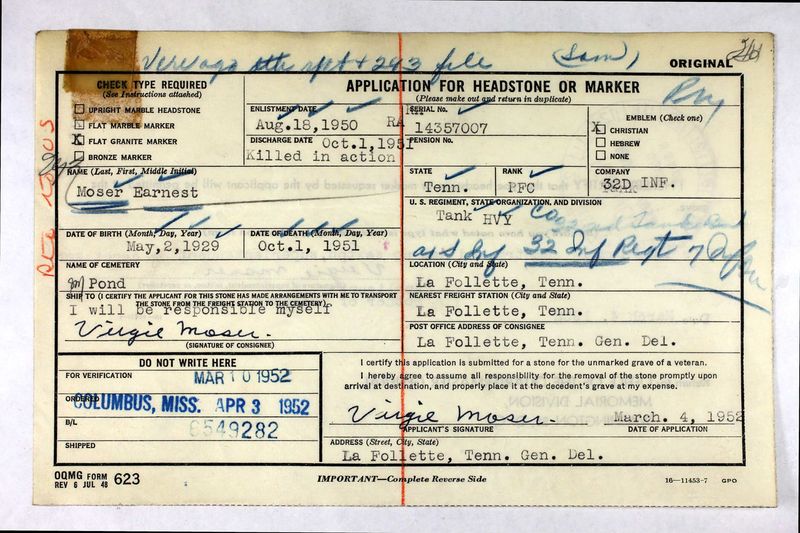 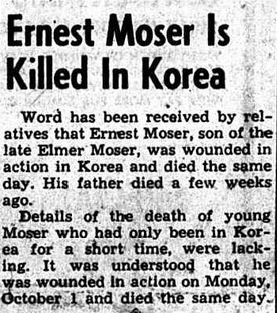 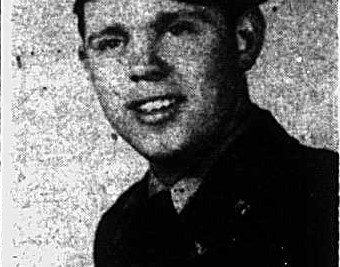