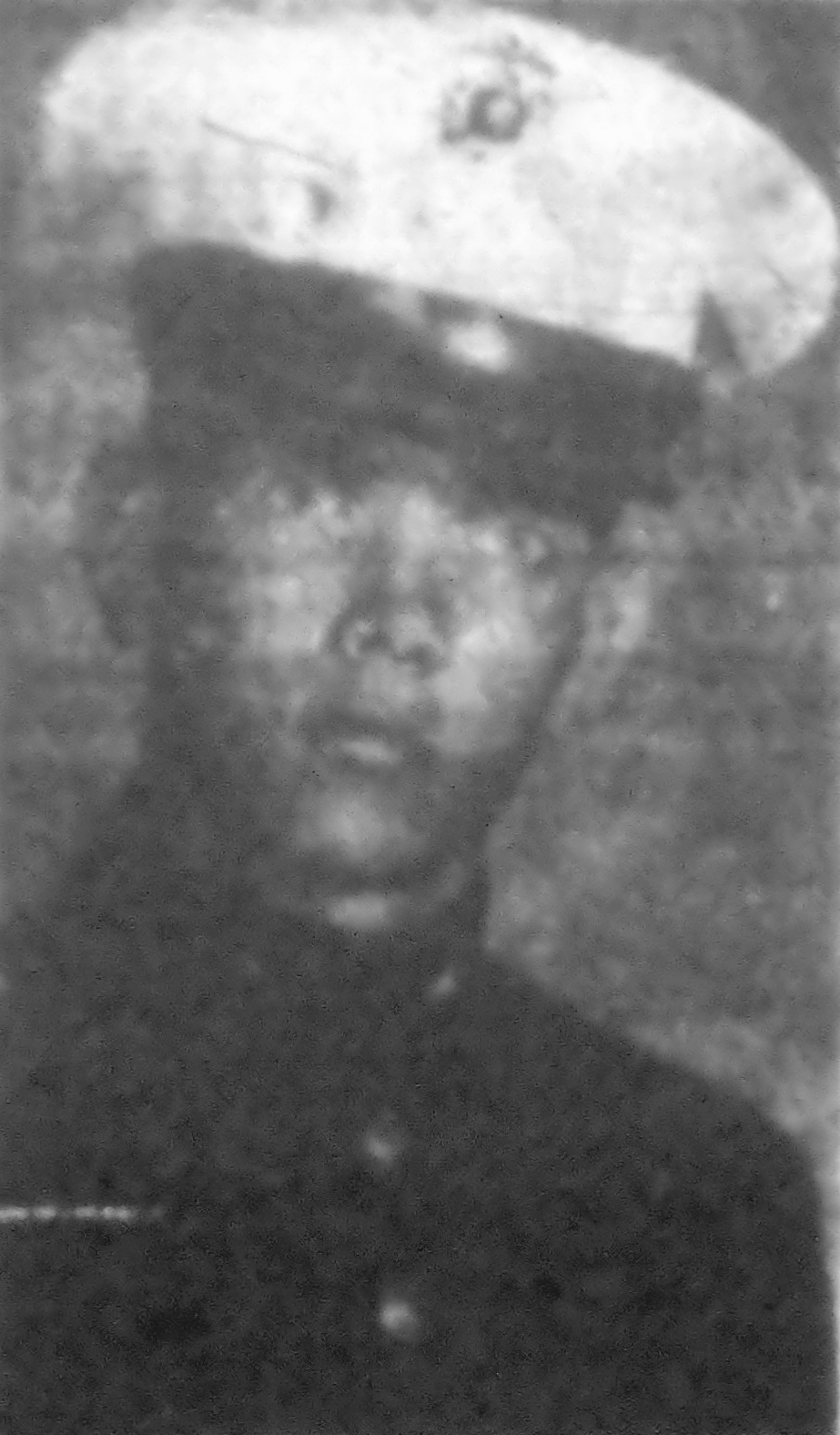 Kingsport Times, 5 June 1968
Marine Pvt. Ernest L. Witt, son of Mrs. Margaret Witt of Johnson City, has been reported killed accidentally in Vietnam. Witt was fatally injured when a land mine exploded as he and other Marines were unloading a truck of explosives.

Earnest was born in Dickensen County, Virginia and moved with his mother to Johnson City, Washington County, Tennessee in 1964. He attended school here and was a member of the Happy Valley Church of Christ.

Earnest enlisted in the United States Marine Corps in August 1967 and was assigned to Company C, 3rd Motor Transport Battalion, 3rd Marine Division with a specialty rating of 3531 / Motor Vehicle Operator. His Tour of Duty in Vietnam began on 10 April 1968 and the 3rd Marine Division was assigned to the III Marine Amphibious Force. Earnest was killed in a vehicle accident the following month on 28 May 1968 in Quang Tri, South Vietnam. He was 18 years old. Earnest received the National Defense, Vietnam Service and Vietnam Campaign Medals.

Earnest’s memorial service was conducted at the Happy Valley Church of Christ in Johnson City with members of the 31st Marine Rifle Company providing Pall Bearers and Full Military Honors. He traveled the next day up to Russell County, Virginia where he rests today.

Earnest was the son of Walter Witt and Margaret Phillips. His brother Donald also served with the United States Marine Corps in Vietnam and received the Purple Heart. 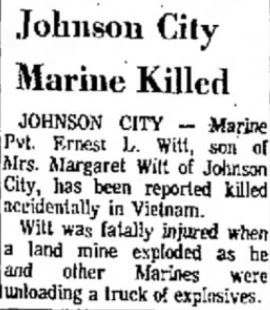