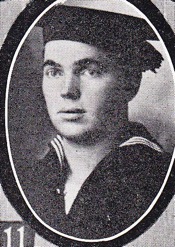 Earnest Ely enlisted in the U.S. Navy on August 1, 1907, at Knoxville. He was assigned to the torpedo boat USS Dale DD-4 after he had completed his preliminary sea training. He took part in the attack of our navy on Vera Cruz, Mexico. He lost his life May 31, 1917, when he was killed by a shark in Manila Bay. His body was recovered. He had received two medals. Was serving in third enlistment.

He was the son of William Barton Ely and Harriet Sharp. He married Dolly Donaldo Cournoyer in 1911 in Taunton, Massachusetts.

He is buried at Knoxville National Cemetery, Knoxville,Tennessee, B 17, 3563 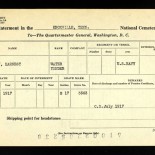 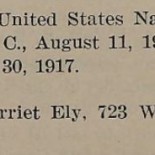 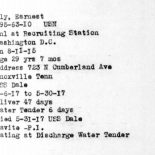 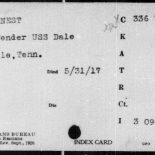