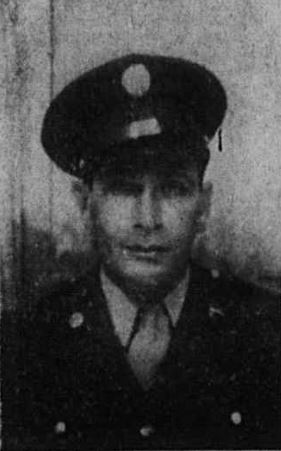 Earl Oliver considered Jonesborough, Washington County, Tennessee his home. He was a bus driver before enlisting in the United States Army at Fort Oglethorpe, Georgia on 15 September 1943.

Earl was assigned to Company H, 359th Infantry Regiment, 90th Infantry Division. He participated in three Unit Campaigns: Normandy, Northern France and Rhineland. It was during this last campaign that Earl was Killed in Action during the Battle for Metz at Petite Hettange, France. He was 28 years old and received a Purple Heart and the Distinguished Service Cross for his gallantry against the enemy.

Earl was the son of John Smith Oliver and Martha Jane Hilliard. His younger brother Fred served in the United States Navy during World War II.

The Daily Post-Athenian, December 12, 1944
Pfc. Earl Oliver, 24, has been reported killed in action in France November 12 his brother, Roy Oliver of Athens, has been informed in a message from the War Department. Pfc. Oliver entered the armed forces in October 1943 and entered the foreign service in July, 1944. He was with the Infantry of the U.S. Army. His last letter received by his brother here was dated November 8. Prior to entering the armed forces Pfc. Oliver was employed with the Carl Medlin bus Lines. He made his home with his brothers here  before entering the armed forces and was well known in Athens. 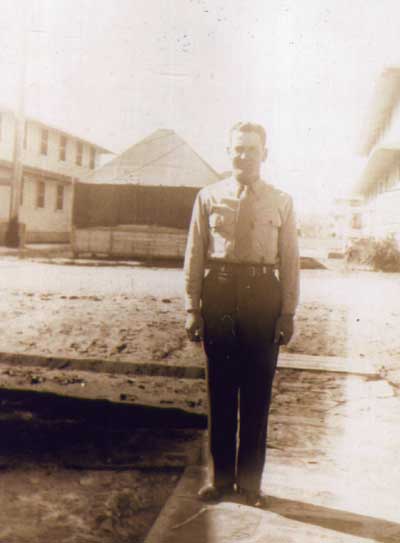 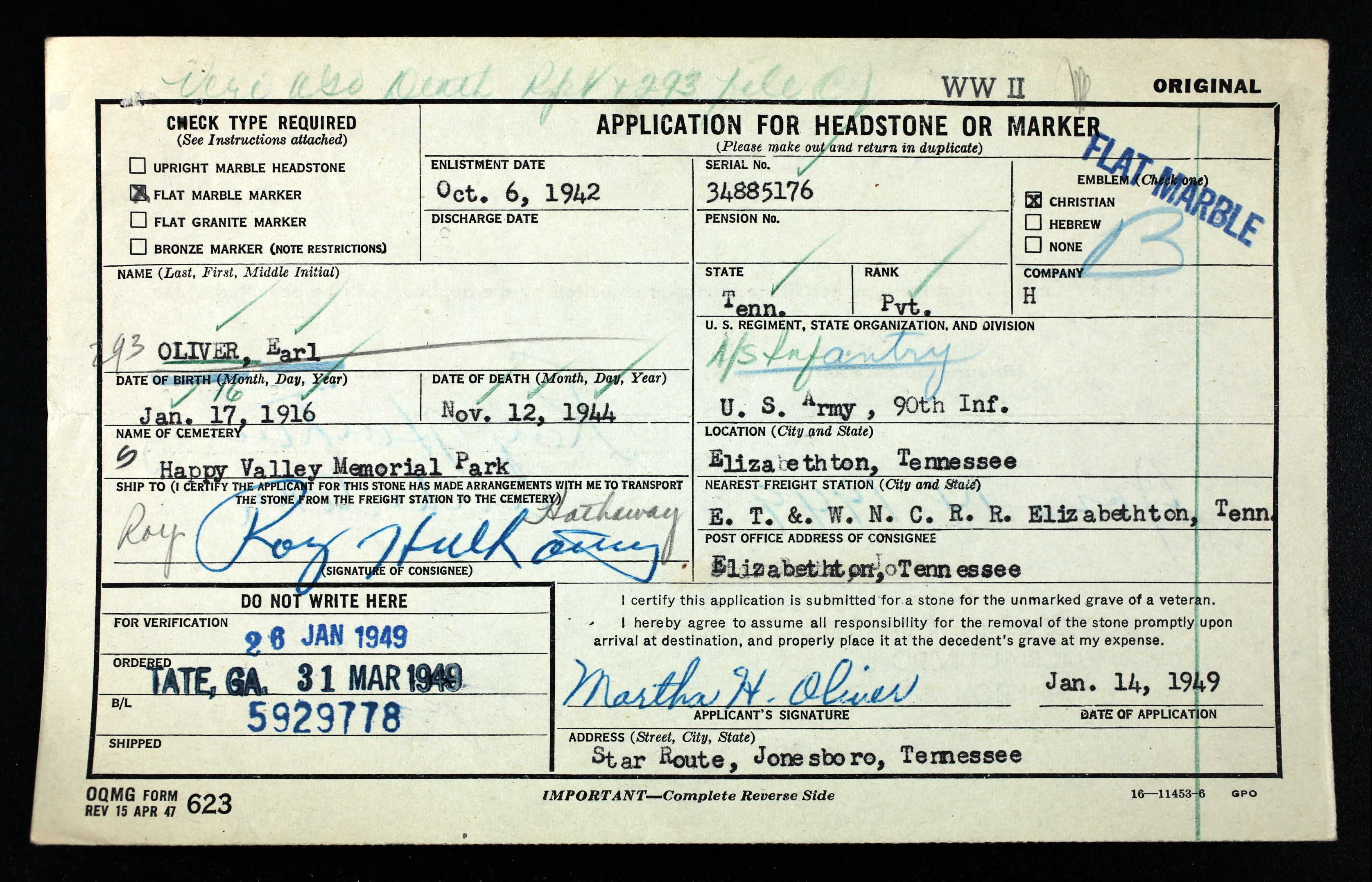 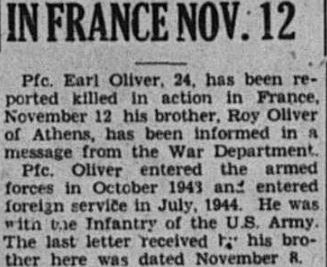