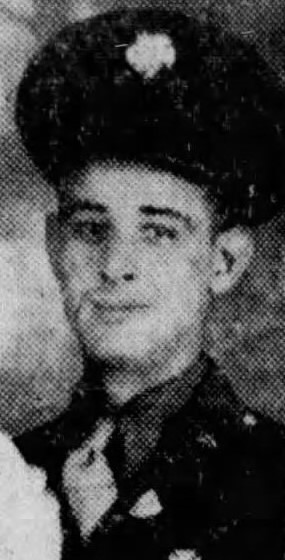 The Knoxville Journal, October 22, 1944
Staff Sgt. Earl E. Hickle, son of Mr. and Mrs. M.L. Hickle of Route 1, New Market, was killed in action in Germany, Sept. 18, according to word received by his parents. In a recent letter to his parents, Sergeant Hickle revealed that he had been fighting since June 6, and was continuing battles. His division, the first of the invasion forces to land on the Normandy beachhead, received the Presidential Citation. He participated in battles in Belgium as well as in France.
Additional survivors include his wife, Mars. Marion Hickle; two sons, Earl Edward Jr. and John Nolen: one brother, Ernest H. of New Market and three sisters, Edna Hickle, Mrs. Kenneth Hastings of Baltimore and Mrs. Raymond Howard of New Market. The body will be returned to Baltimore, Md., after the war. 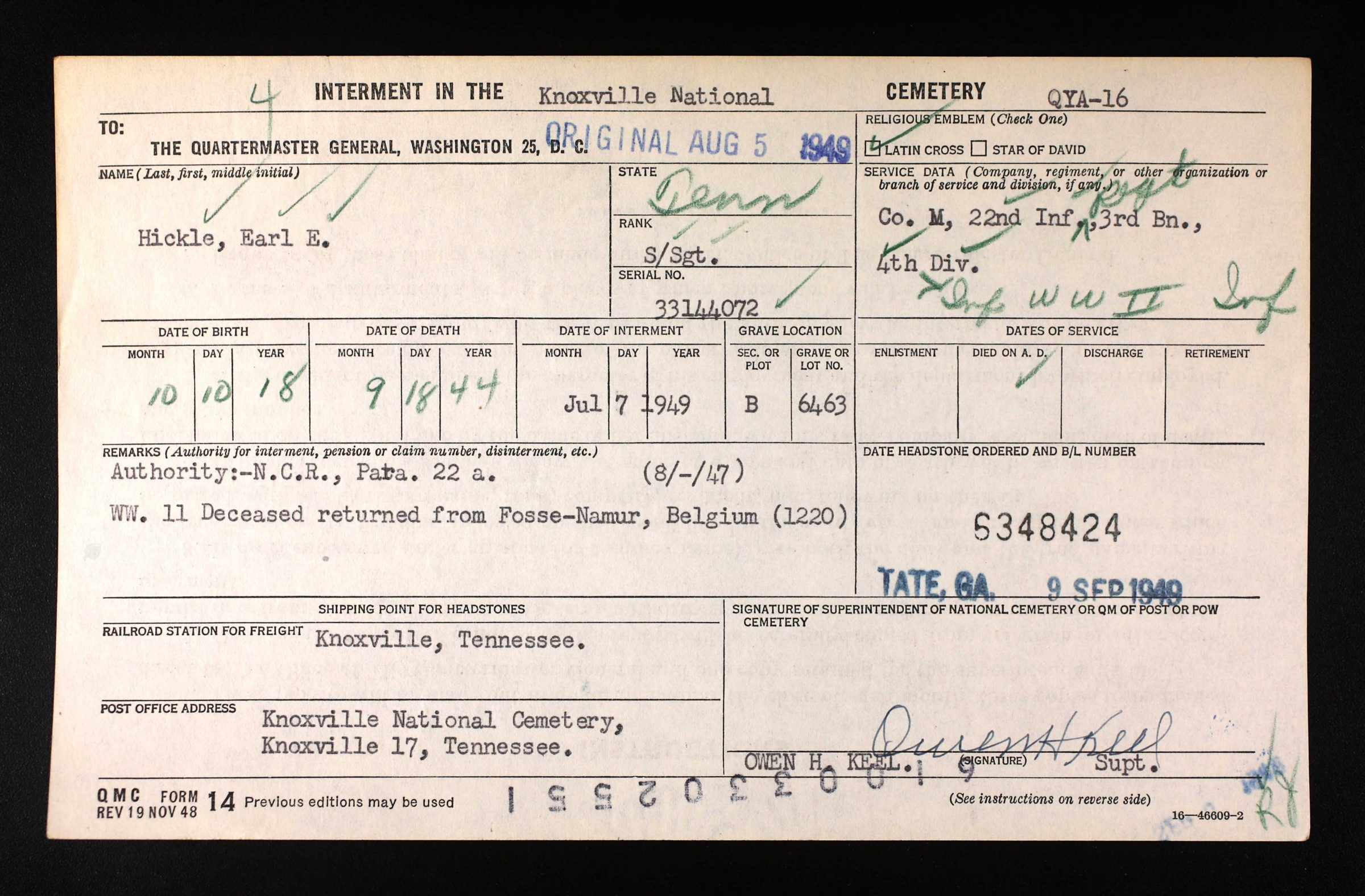 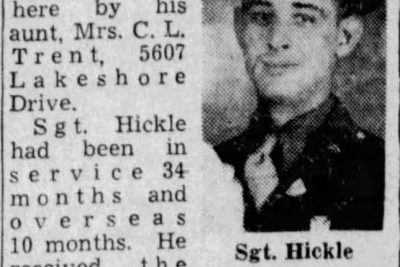 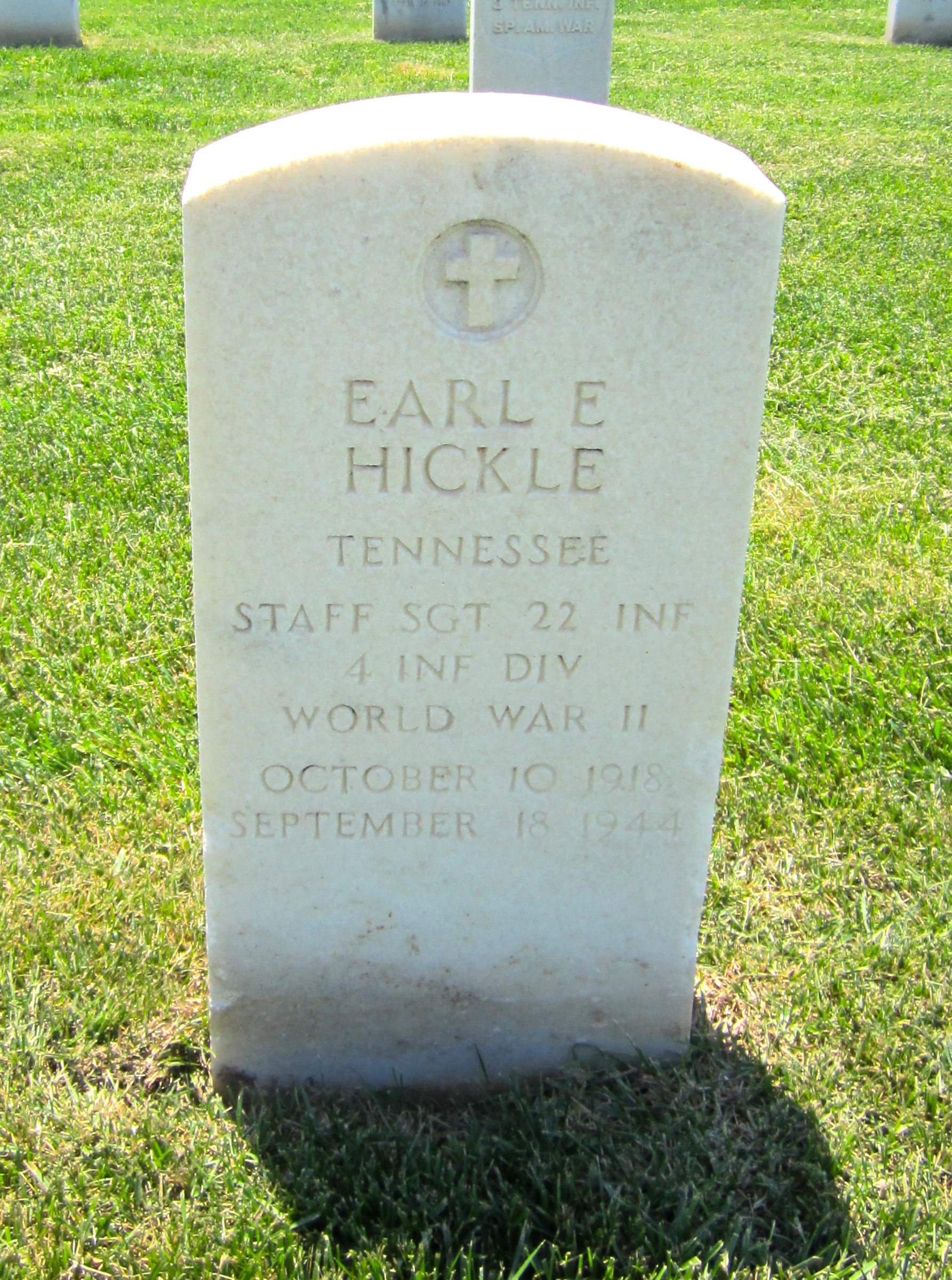