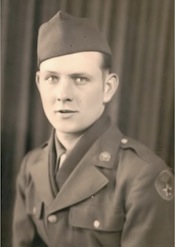 The Greeneville Sun, July 22, 1948
Pfc. Earl E. Brooks, who was killed in a motorvehicle accident in England on Feb. 3, 1944 will arrive in Greeneville on Saturday morning. The bodyescorted by a VFW Color Guard, will be removed to Kiser Funeral Home where it will remain until time for the service. A full military service will be held Monday afternoon. Interment will be in Andrew Johnson National Cemetery.
He is survived by his parents, Mr. and Mrs. Will Brooks, of Johnson City, one brother, Willis Brooks, and five sisters, Mrs. T.C. Huff, Mrs. Andrew Lamb, Mrs. Frank Carter, Mrs. Jack Jeffers and Miss Evelyn Brooks. Pfc. Brooks formerly of Greeneville was a member of the 290 M.P. Company, Detachment A. 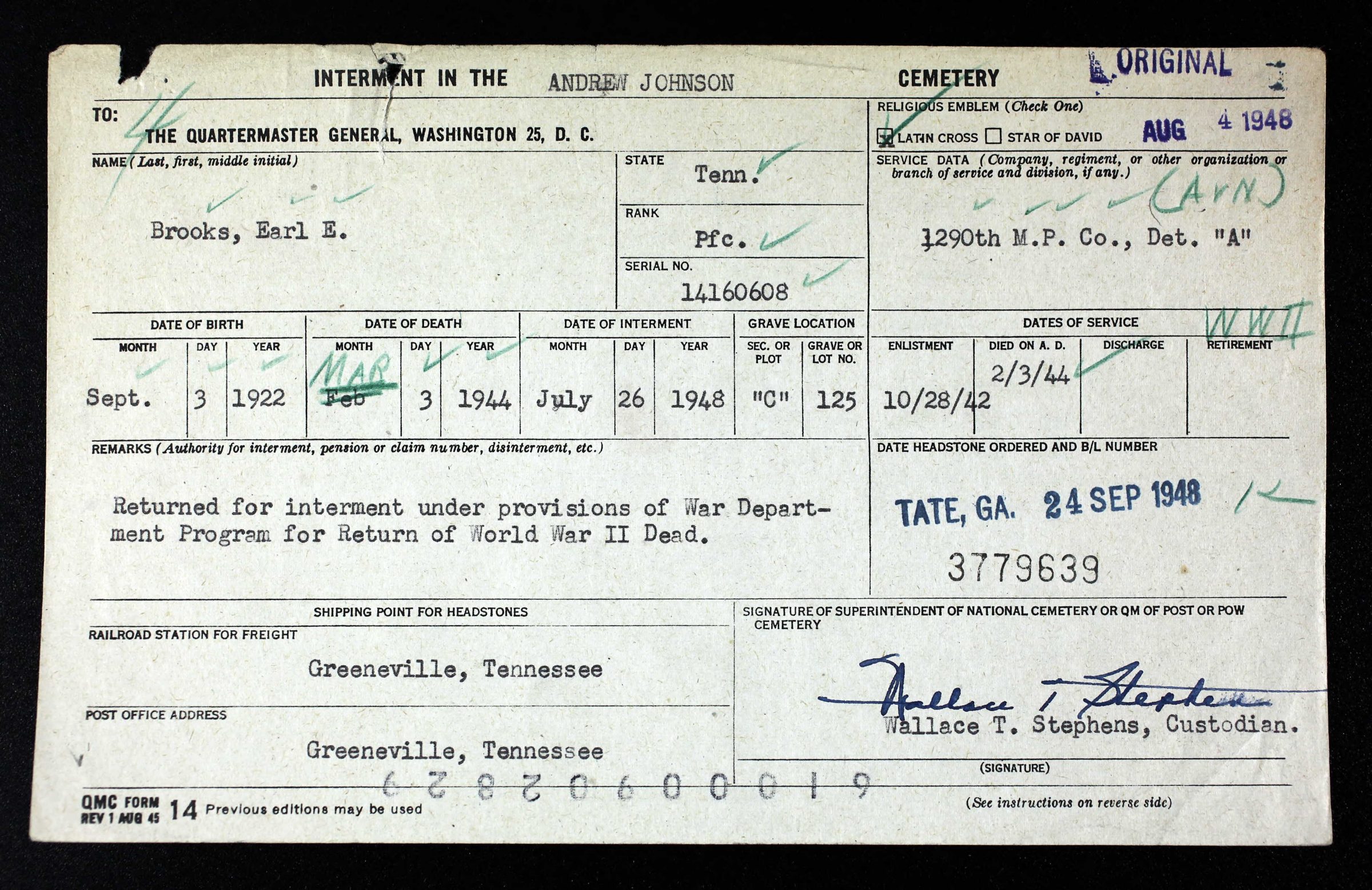 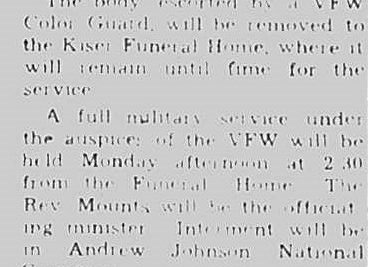