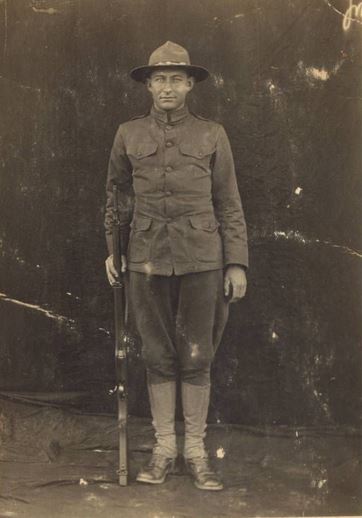 Earl enlisted in the United States Army on 20 September 1917 in Bristol, Sullivan County, Tennessee. He was initially assigned to Company I, 328th Infantry Regiment, 164th Infantry Brigade, 82nd Division, the All American Division at Camp Gordon in Atlanta, Georgia, but on 14 October 1917, he was reassigned. On this date, Earl found himself with Company B, 318th Machine Gun Battalion (MGB), 162nd Infantry Brigade, 81st Division, the Wildcat Division at Camp Jackson in Columbia, South Carolina. The Wildcats were the very first division to be formed and trained at Camp Jackson. In May 1918, Earl and the Wildcats were moved to Camp Sevier, near Greenville, South Carolina and on 3 July 1918, Earl was transferred to Company D since they had lost some of their machine gunners to the Spanish Influenza. 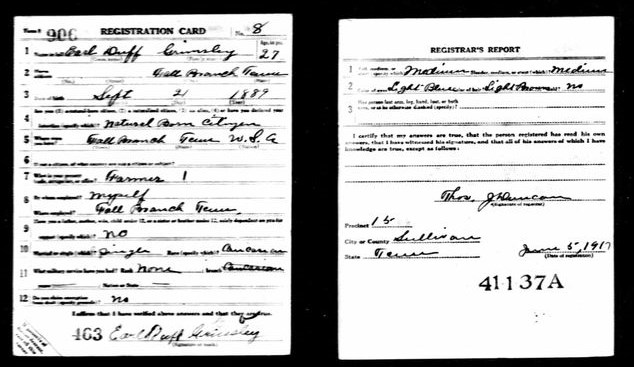 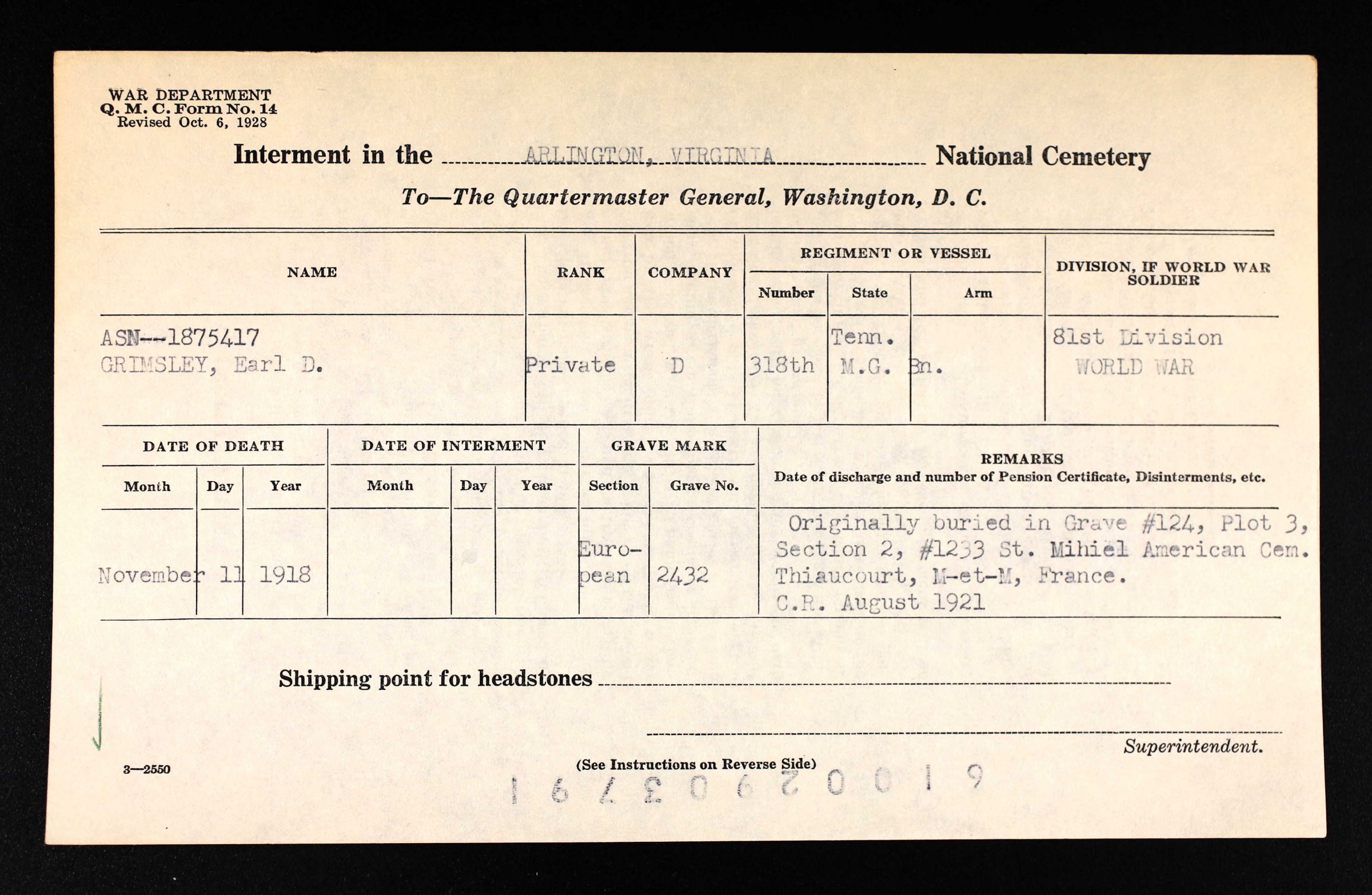 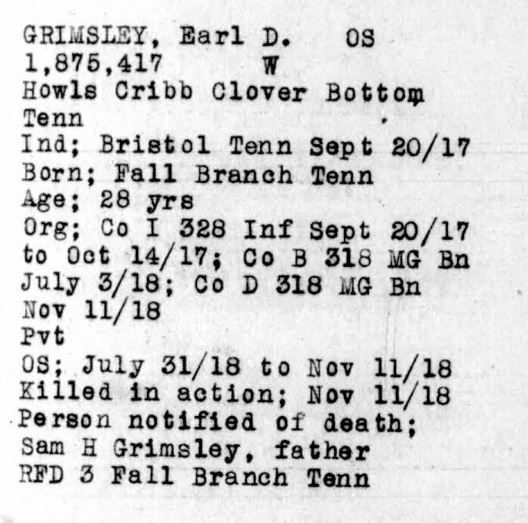 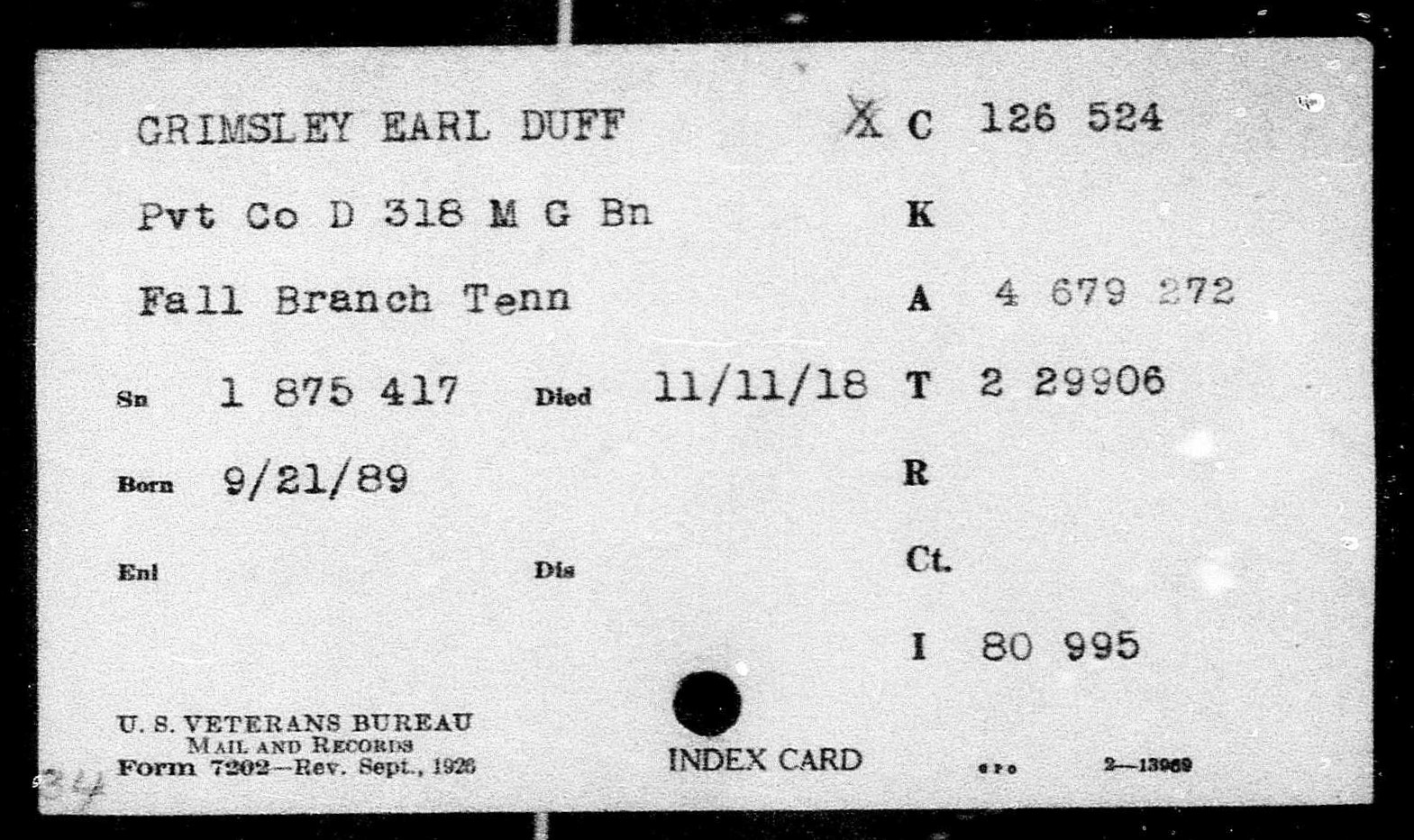 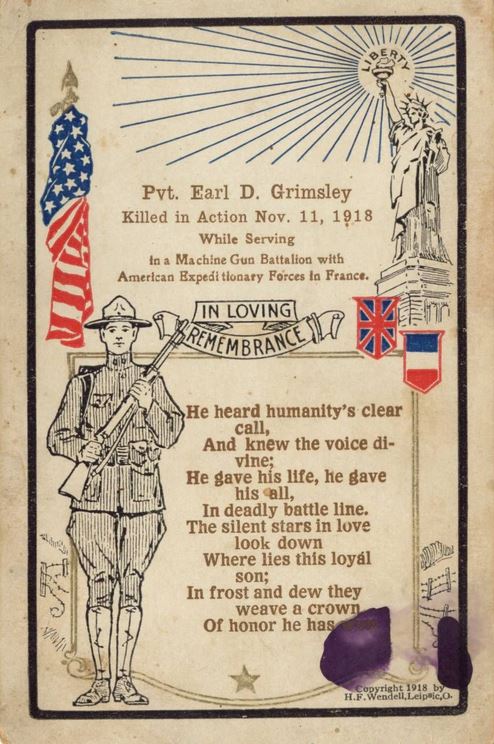