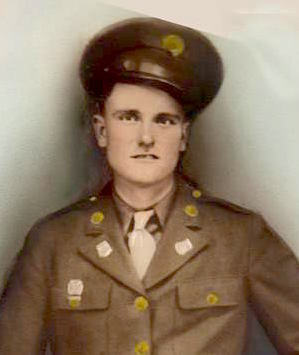 On the day of his death, Private Conkin and several men of his squad had taken refuge in an abandoned house under German rifle fire to clean their weapons. He was the first to finish and left the building to reconnoiter. As he reentered the door he was hit by rifle fire in the back.

His squad leader, Sergeant Merrill Niday, told the story in a letter written to Mrs. Conkin from Germany January 25, 1945: “–The town I am not permitted to name–. After we jumped off we worked our way to the outskirts of town, where we were confronted with a German machine gun. With the aid of Conkin and his bazooka, it was knocked out and we were permitted to gain entrance to the first building.

“‘After we cleared this out we moved to the second, where we forced to hold and clean our weapons, since many were muddy and wouldn’t operate. It was here that it all happened. Earl was on of the first finished and had come outside. When he started to re-enter the house, a bullet entered the small of his back, probably entering the kidney.

“After being hit he took a few steps in the door until he was caught and laid down. The medic went to work immediately and I started talking to him, because it didn’t look like a bad wound. But in only a few minutes I knew that it was worse than any of us had ever expected–because he had passed on. He didn’t endure any pain to speak of as it happened so quickly….”

The featured photo was provided by his grand nephew, Todd McKinley, who writes:  “This photo was taken before deploying to WWII. He was my Great Uncle, and his Brother, my Grandfather, spoke fondly of him and would always tell all of us Grandchildren stories about Earl while we were looking at the photo.” 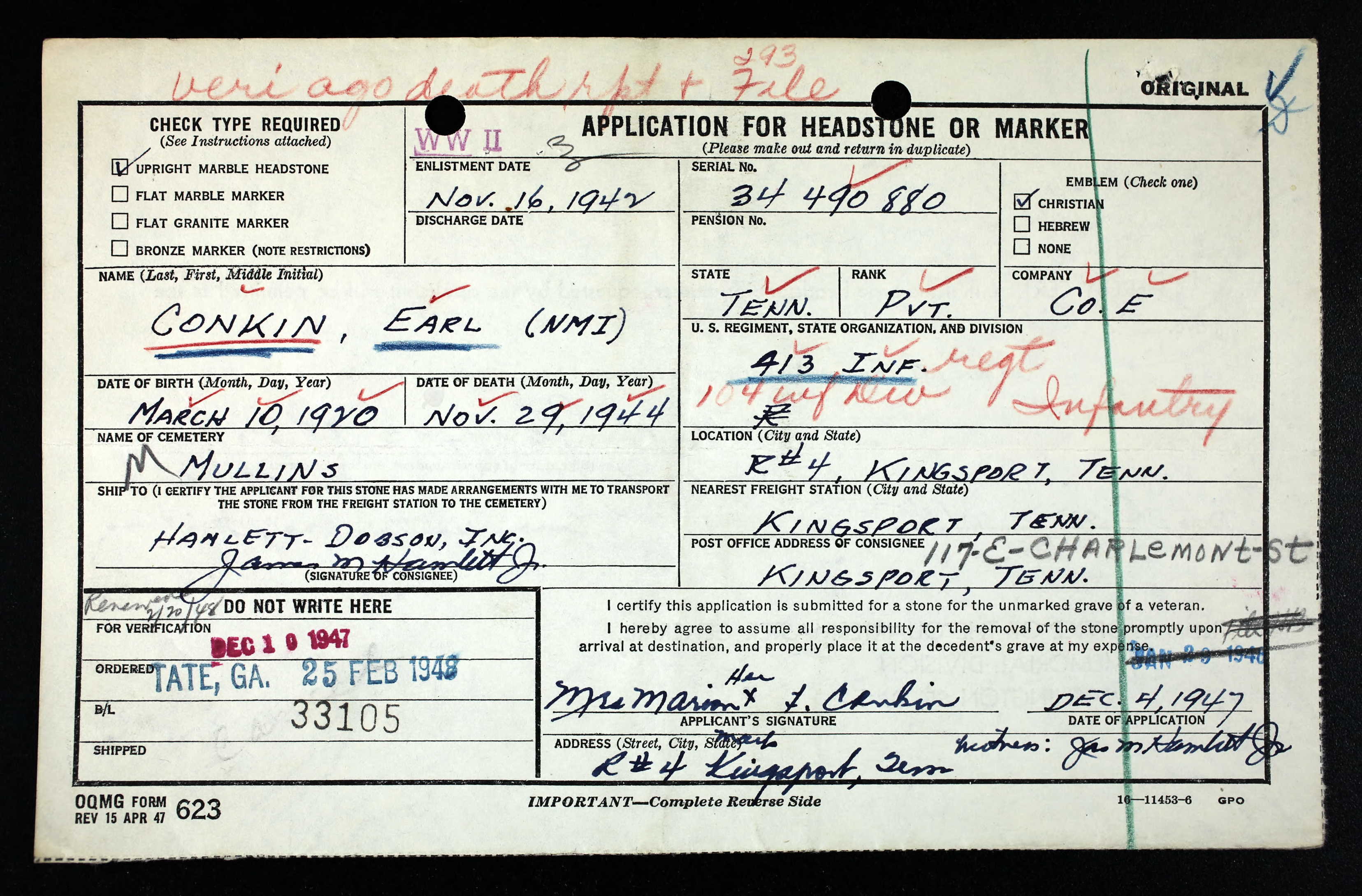 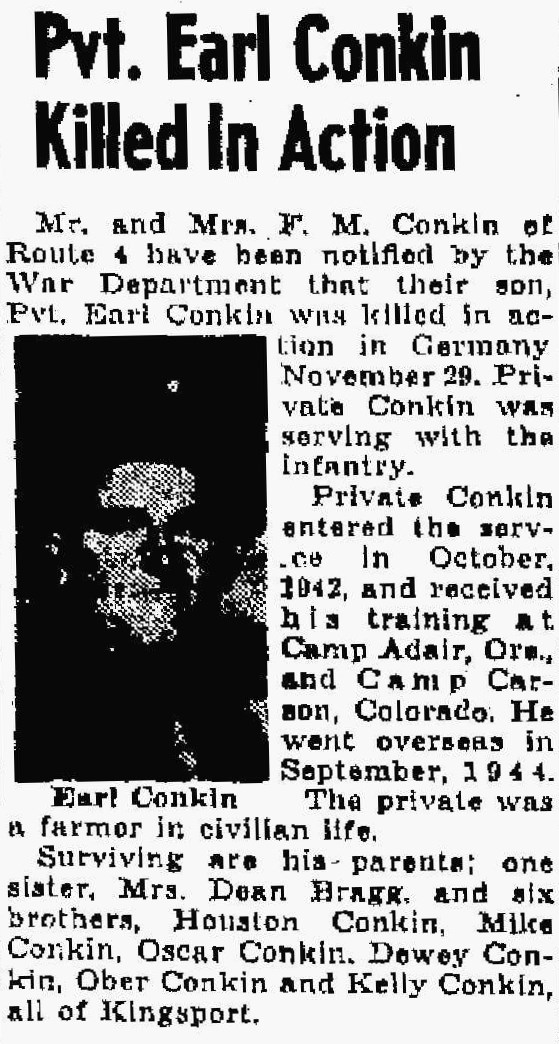 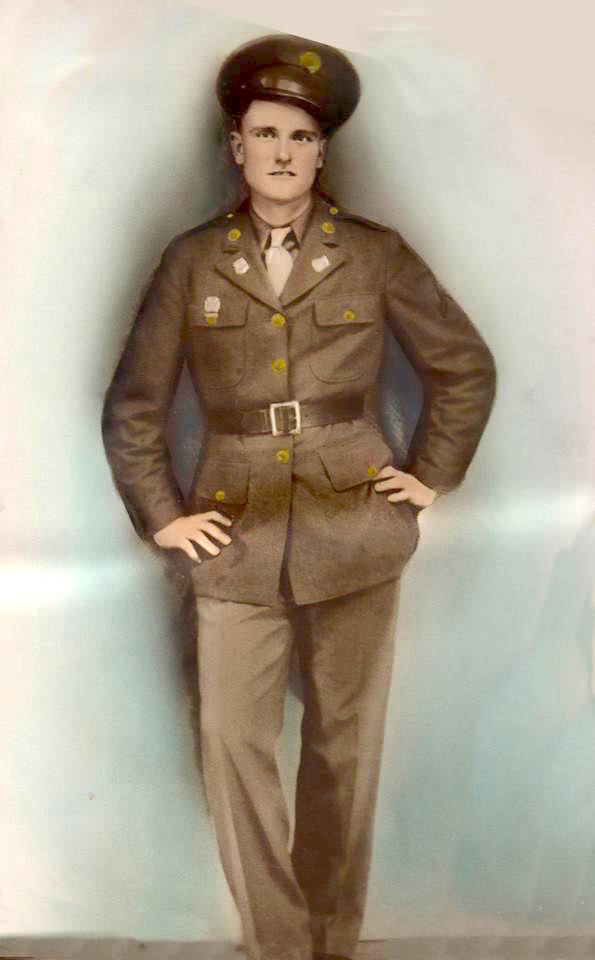 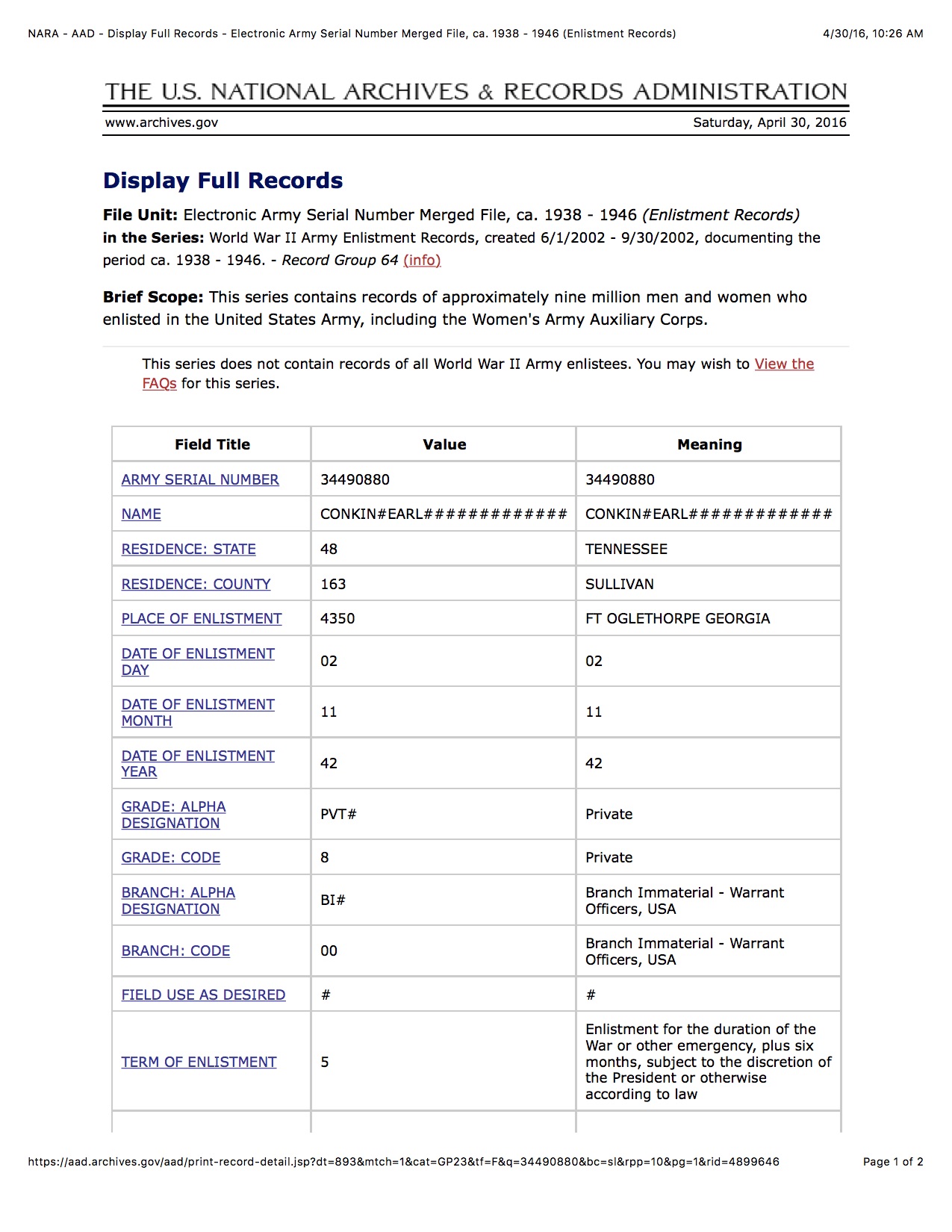 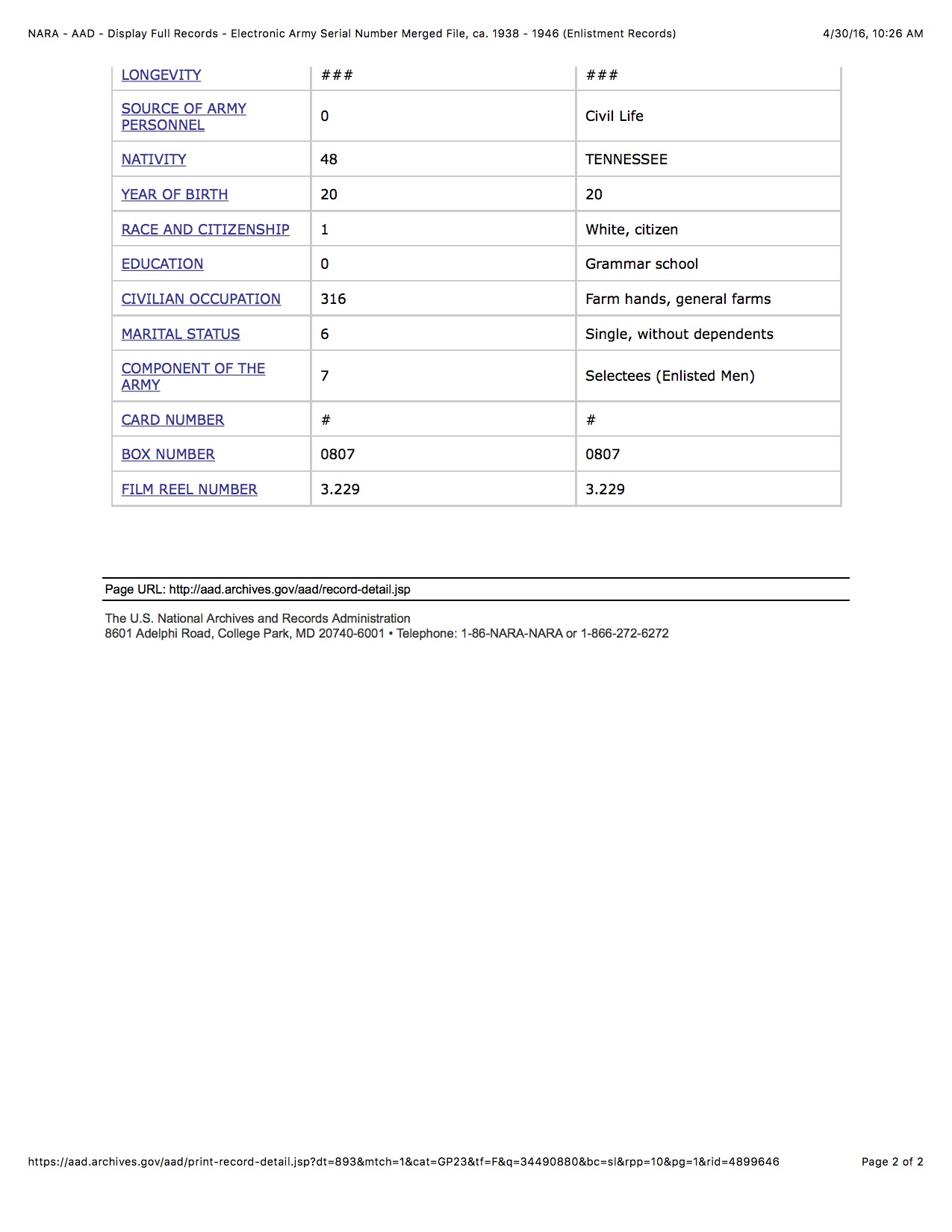