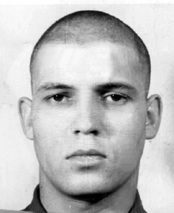 From the “2017 Honor and Pride” insert of the Roane County News:
Bridge Honors Memory of Korean Veteran
It has been almost 65 years since Oliver Springs resident and United States Marine Corps PFC Elbert Jackson Witt was declared missing in action in Korea. For most of that that time PFC Witt’s service has been recognized by his family but few in the community can recall this young man’s sacrifice.
According to information, provided by his brother Frank T. Witt. Elbert was born in Benham Kentucky on July 27, but moved to Oak Ridge and Oliver Springs. He graduated from Oliver Springs High School and worked in area coal mines until he was drafted in January 1952.

Witt joined the Marine Corps and after basic training was sent to the front lines in Korea. Only nine months later his family received notification that he was missing in action and presumed dead on October 7, 1952. He was in the company of two other soldiers when they were captured or otherwise encountered enemy fire and he was separated from his fellow soldiers. In the 64 years since he went missing his body has yet to be recovered. 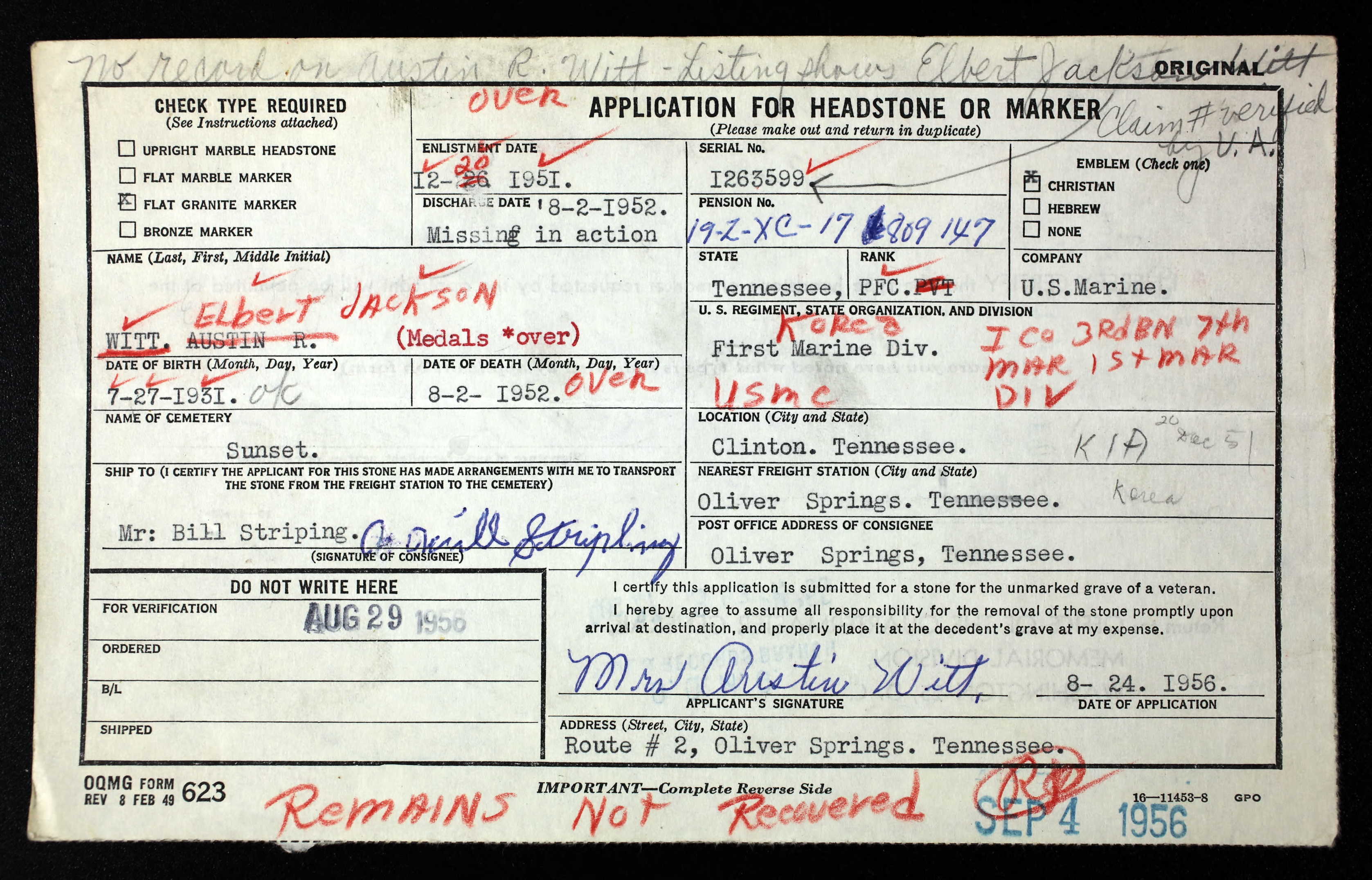 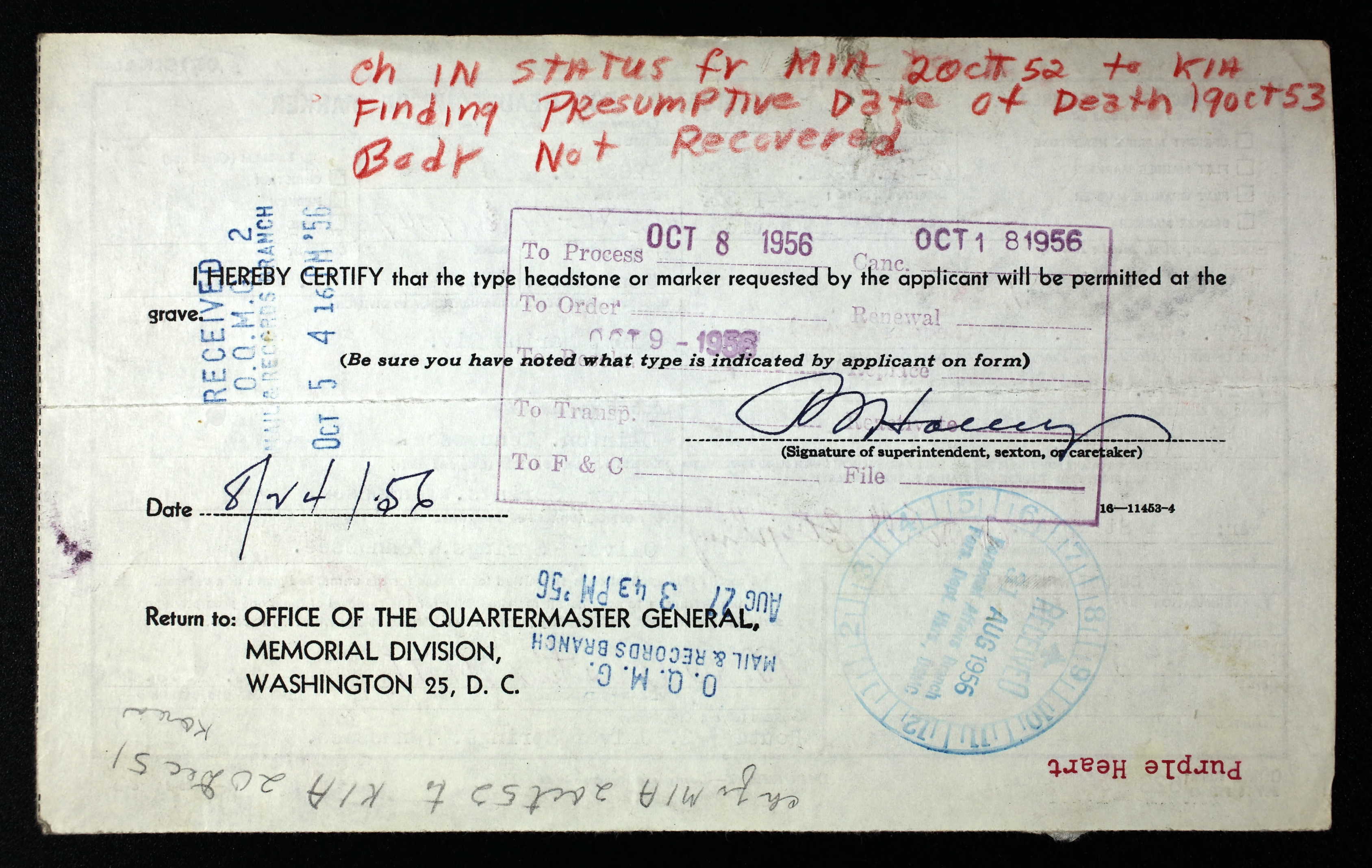 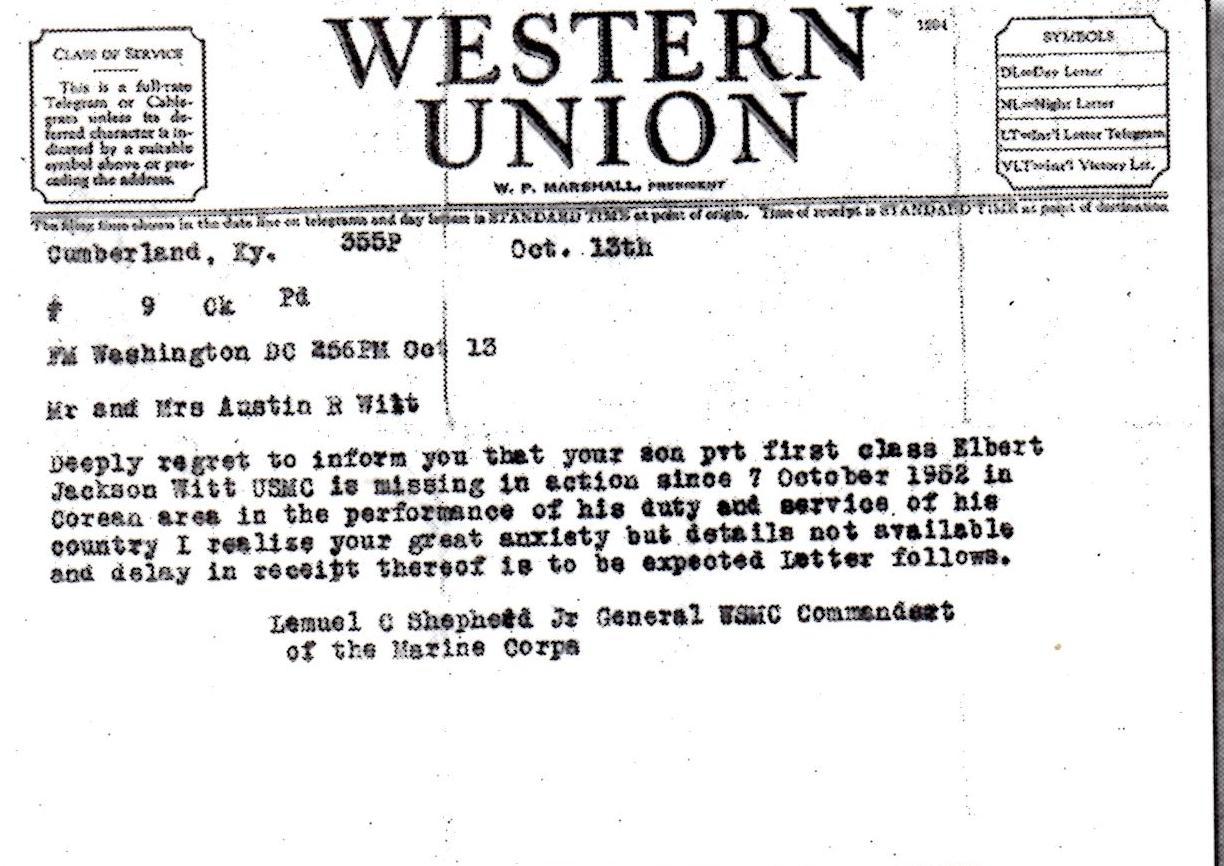