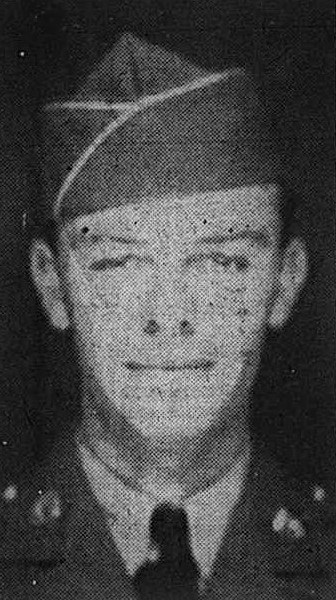 The Johnson County News, October 26, 1944
Dwight Shupe, son of Mr. and Mrs. C.O. Shupe of Mountain City is reported as missing in action. Sgt Shupe has been for some time fighting on the French battlefronts.

The Johnson County, News, January 11, 1945
Sgt. Dwight Lowe Shupe, son of Mr. and Mrs. C.O. Shupe, Rte. 1, well known and universally loved Young man was born Sunday, May 6, 1921. Received his education at Mountain City, having graduated from the grade school and Johnson County High School here in 1941. Ater his graduation Dwight began working at the Glenn L. Martin plant in Baltimore, Maryland.
He enlisted in the army July 1, 1942 and received most of his training at Fort Meade, Maryland and Camp McCoy, Wisconsin. Dwight was sent overseas and served commendably with the armed forces in France until he was killed in action September 29, 1944. He was converted about four years ago and united with the Christian Church. Dwight has paid the supreme sacrifice, and we feel it can be said of him “Well done, thou good and faithful servant”. 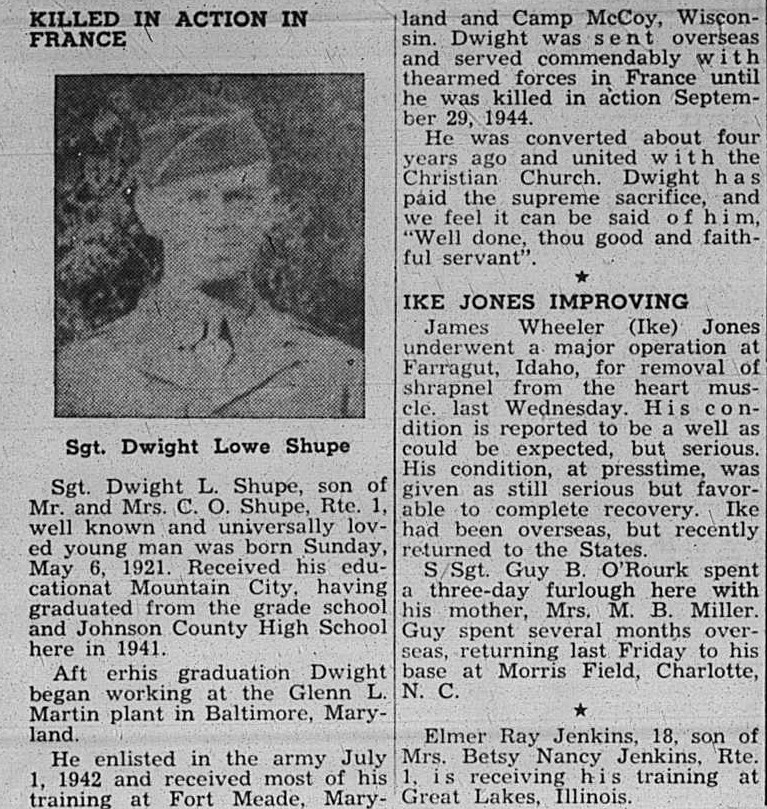