Pvt Nash was killed in action at Gabumi, New Guinea. He was returned from British Guinea, USAF Cemetery Finschaffen No. 1, New Guinea. Buried at the Knoxville National Cemetery, B, 5879 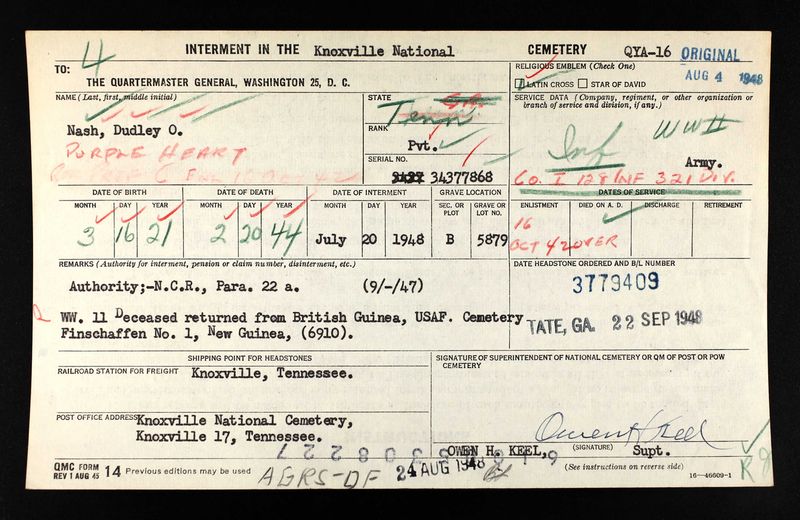 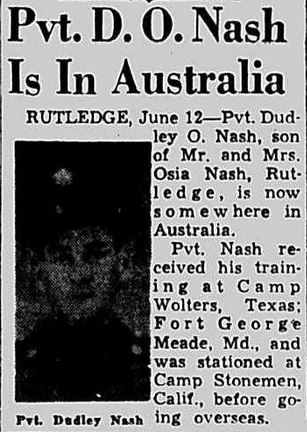 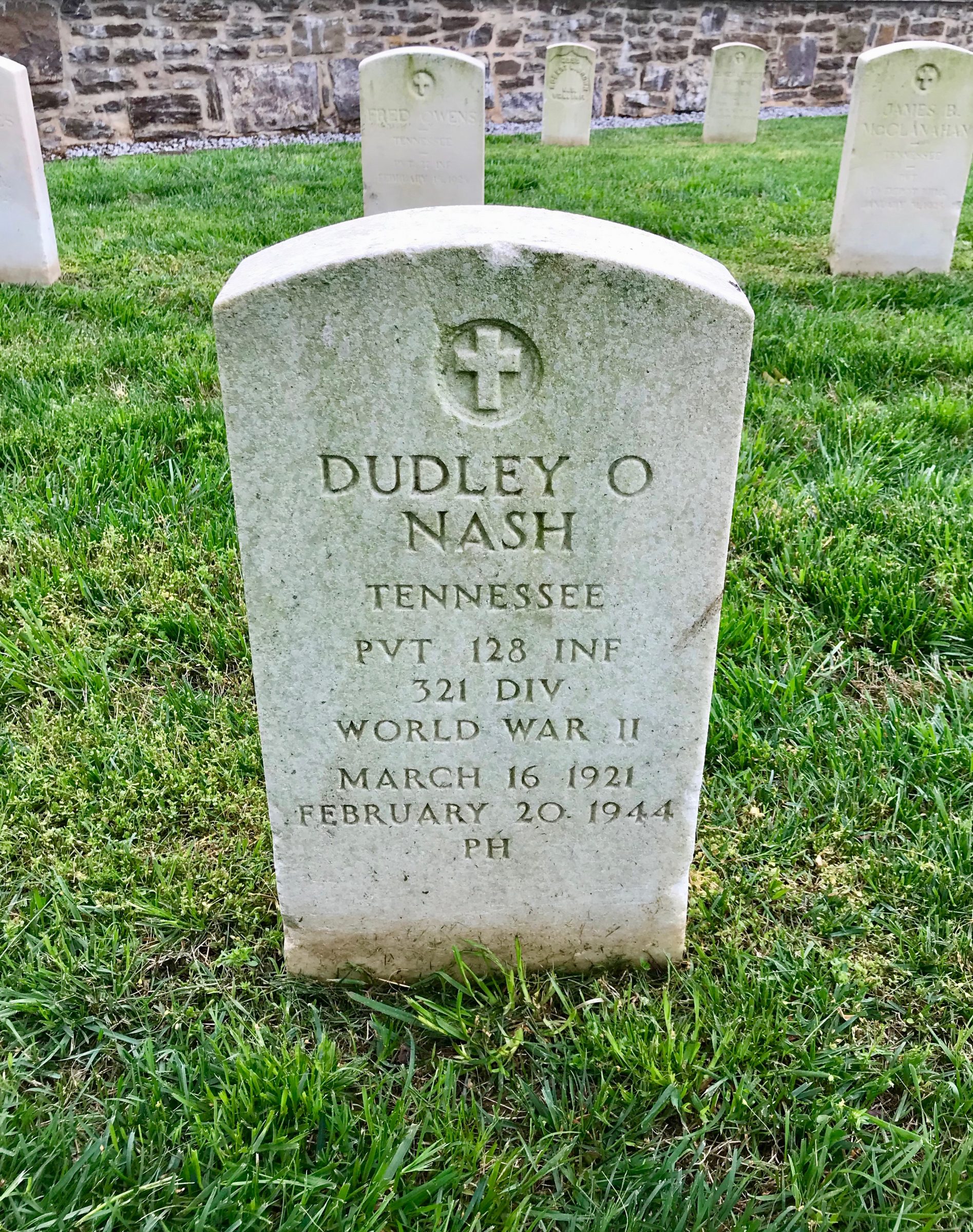