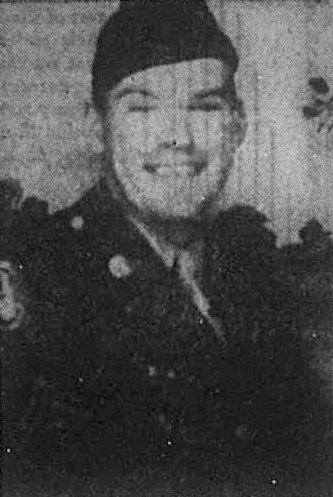 The Greeneville Sun, April 5, 1945
T/5 Doyle Verran, was killed in action November 15th somewhere in France. He was attached to the 95th Division with Patton’s Third Army. He was first reported as missing in action. A message later stated that he was killed.

The Greeneville Sun, October 26, 1945
The Bronze Star Medal has been posthumously awarded to Technician Fifth Grade Doyle D. Verran, Medical Department. The citation accompanying the award is given below.
Bronze Star Medal
“For heroic achievement in connection with military operations, on 15 November 1944 in the vicinity of *** In the *** action a German artillery and mortal concentration struck attacking element of Company L, *** Infantry Regiment. With heroic disregard for his own safety, Technician Fifth Grade Berran went into the terrible shelling to dress the wounds of three casualties and carry them to cover. Still undaunted by the persistent barrage. Technician Fifth Grade Verran returned at once to the impact area to care for more of the wounded. While so fearlessly performing his duty he was killed by enemy fire. Technician Fifth Grade Verran’s valorous conduct and service reflect lasting honor on him and exemplify the highest traditions of the Medical Department.”
The decoration will be forwarded to the Commanding General, Fourth Service Command, Atlanta, Georgia, who will select an officer to make the presentation. T/5 Verran is a son of Mrs. George B. Verran, 218 Hall Street, and lost his life in the European campaign. 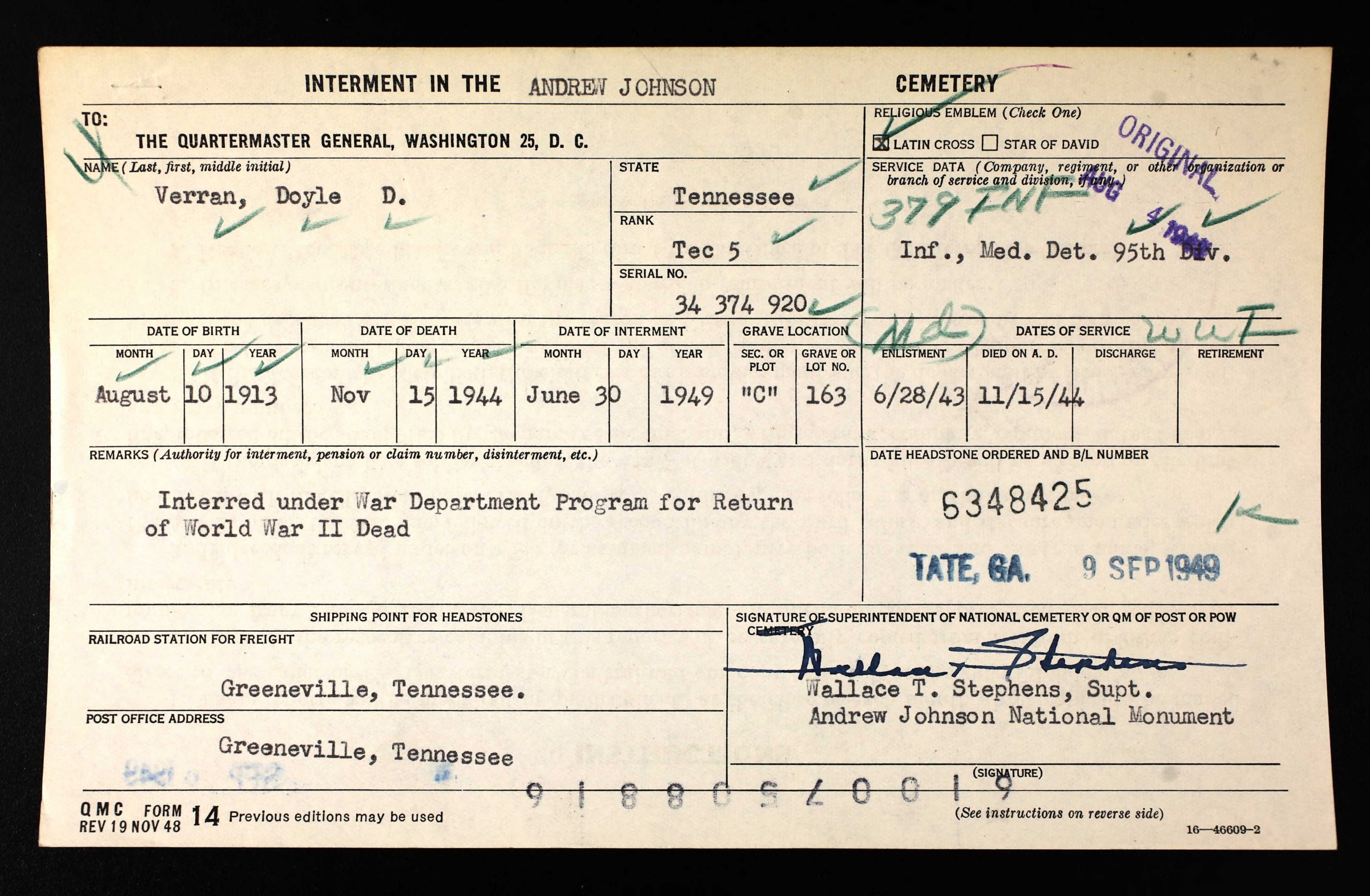