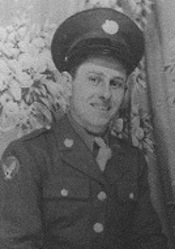 Private Doyle (spelled as Doyel) C. Davenport #34369769, was born on the 19th of June 1919, in Clay County North Carolina. He was the son of Arvel B. and Ruth Bradley Davenport. His siblings were Cyrus, Velma, Fletcher, and Donald. He was married to Birdie (Jenkins) Davenport.

He entered the service on the 10th of September 1942 at Fort Oglethorpe, Georgia. After training he was assigned to the 13th Infantry Regiment, 8th Infantry Division. The 8th ID on 6 April 1945 was given the assignment to turn and attack northwest to aid in the destruction of enemy forces in the Ruhr Pocket, Germany. The division completed its mission on 17 April 1945.

Pvt Davenport was killed in action on 16 April 1945 at the age of 25. He was interred at the Netherlands American Cemetery at Margraten, Netherlands, in plot H, row 5, site 12. 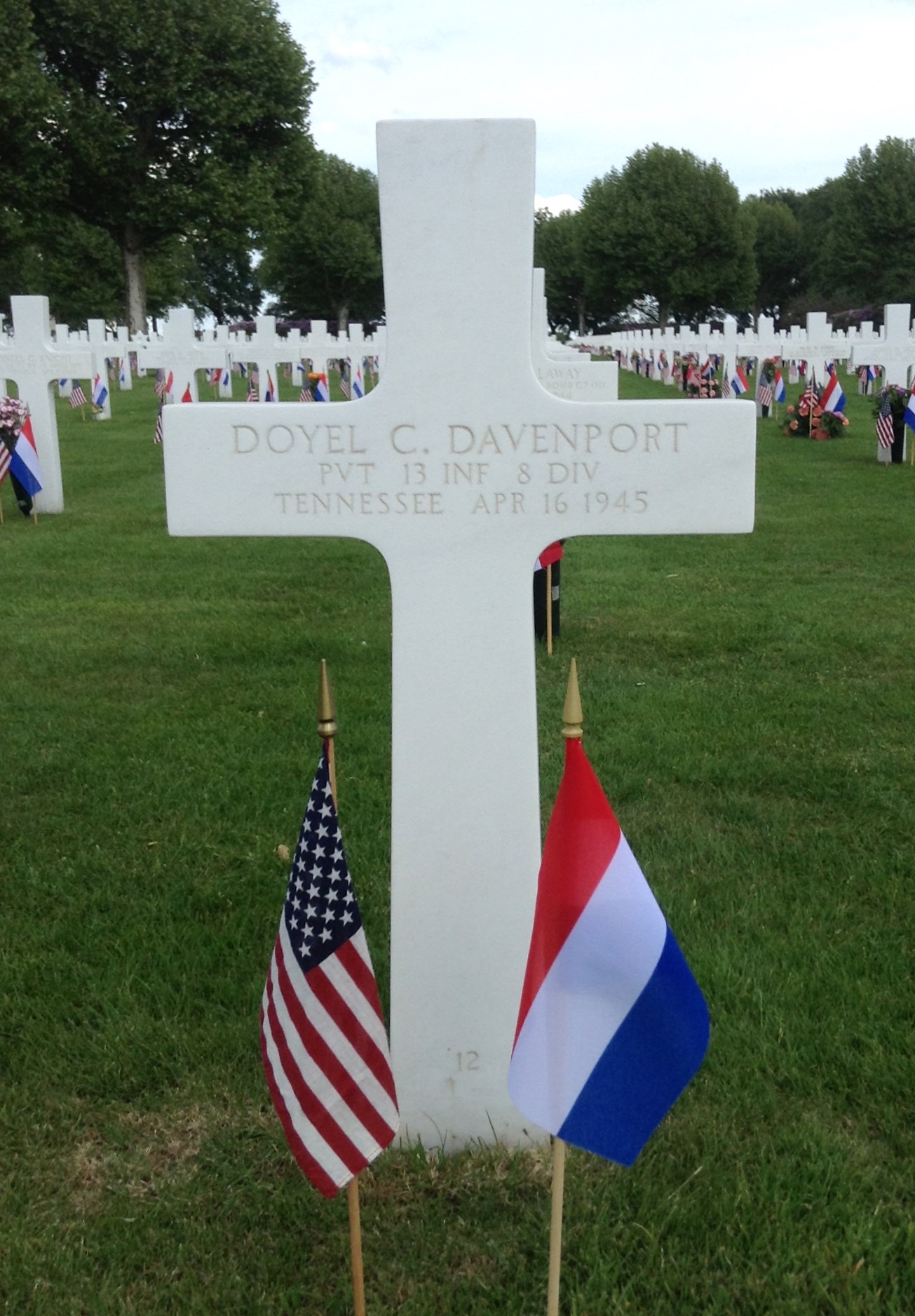 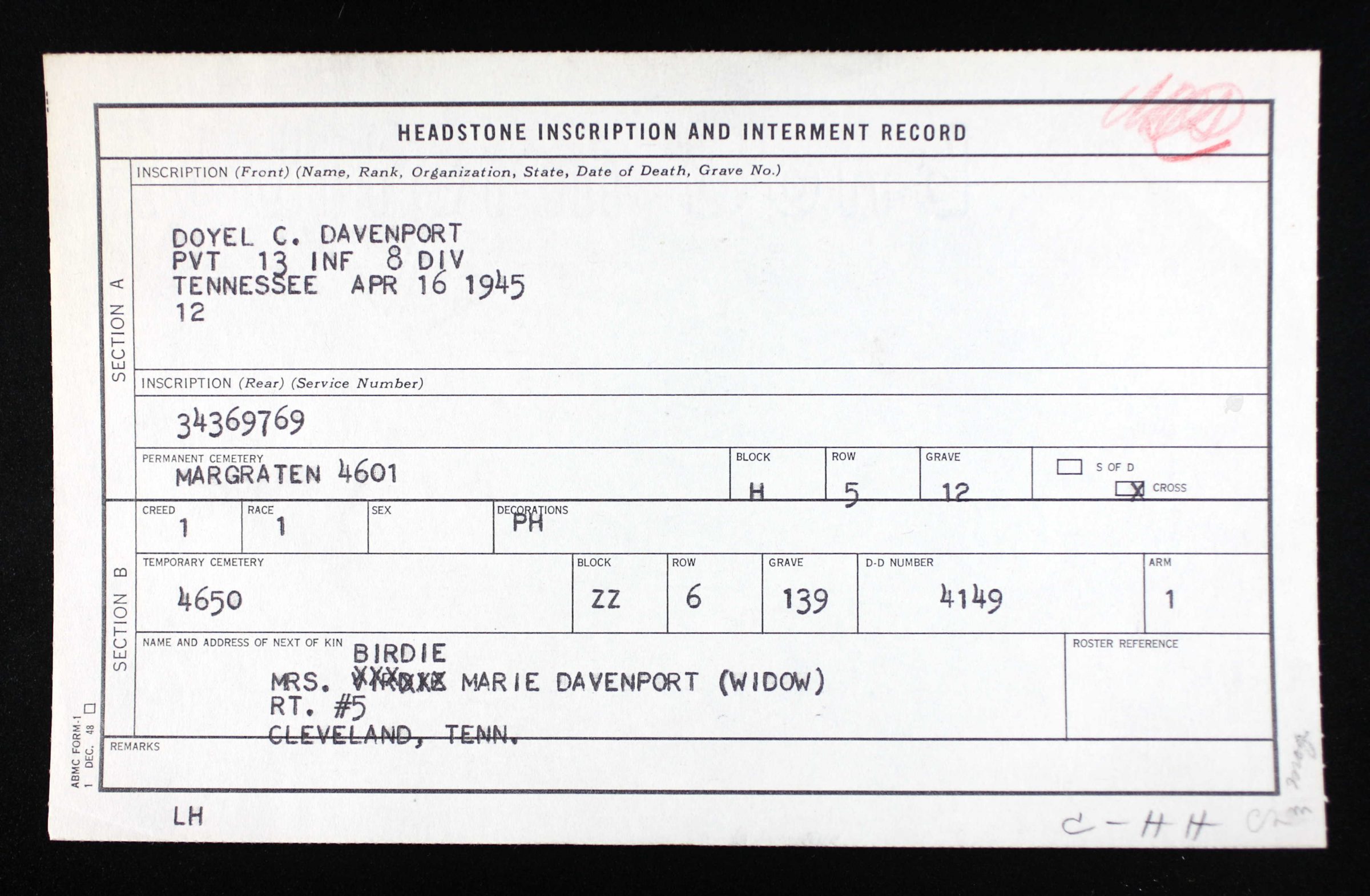