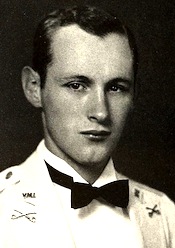 Douglas “Doug” Garvin McMillin was the son of Edwyn West McMillin and Margaret Elizabeth Davidson. He married Martha Giles Akin in 1941 and was father of Martha Julia McMillin.
He died 29 August 1944

Douglas McMillin attended Baylor High School in Chattanooga and graduated from the Virginia Military Institute in the class of 1940 and commissioned a Lieutenant in the U.S. Army Air Force. He flew reconnaissance missions in North Africa as well as over India and later from Australia as a B-24 Navigator. Aircraft B-24D1 with serial number 42-40351 was on a weather recon mission. No word was heard from the aircraft after a routine weather report. His plane crashed into the mountains of the island of Ceram in the Dutch West Indies. He was declared dead on July 5, 1944. He was buried along with members of his flight crew in Arlington National Cemetery, Section 2, E-293. He was awarded the Purple Heart. 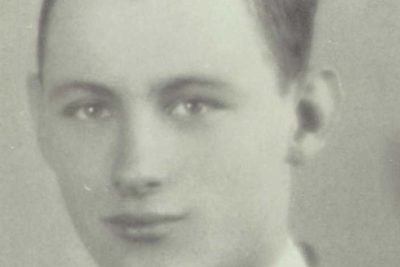 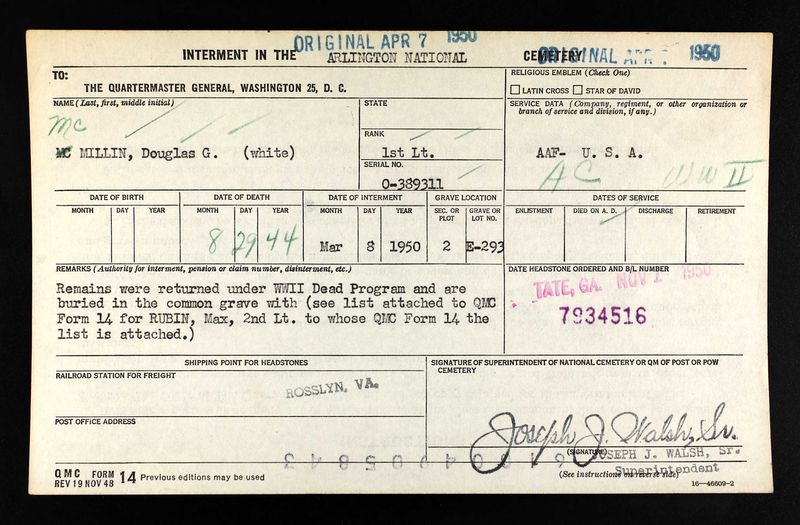 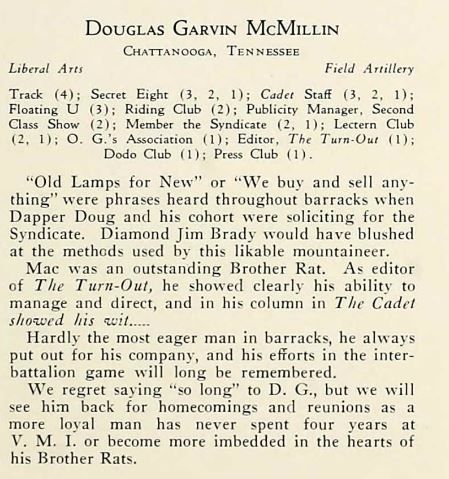 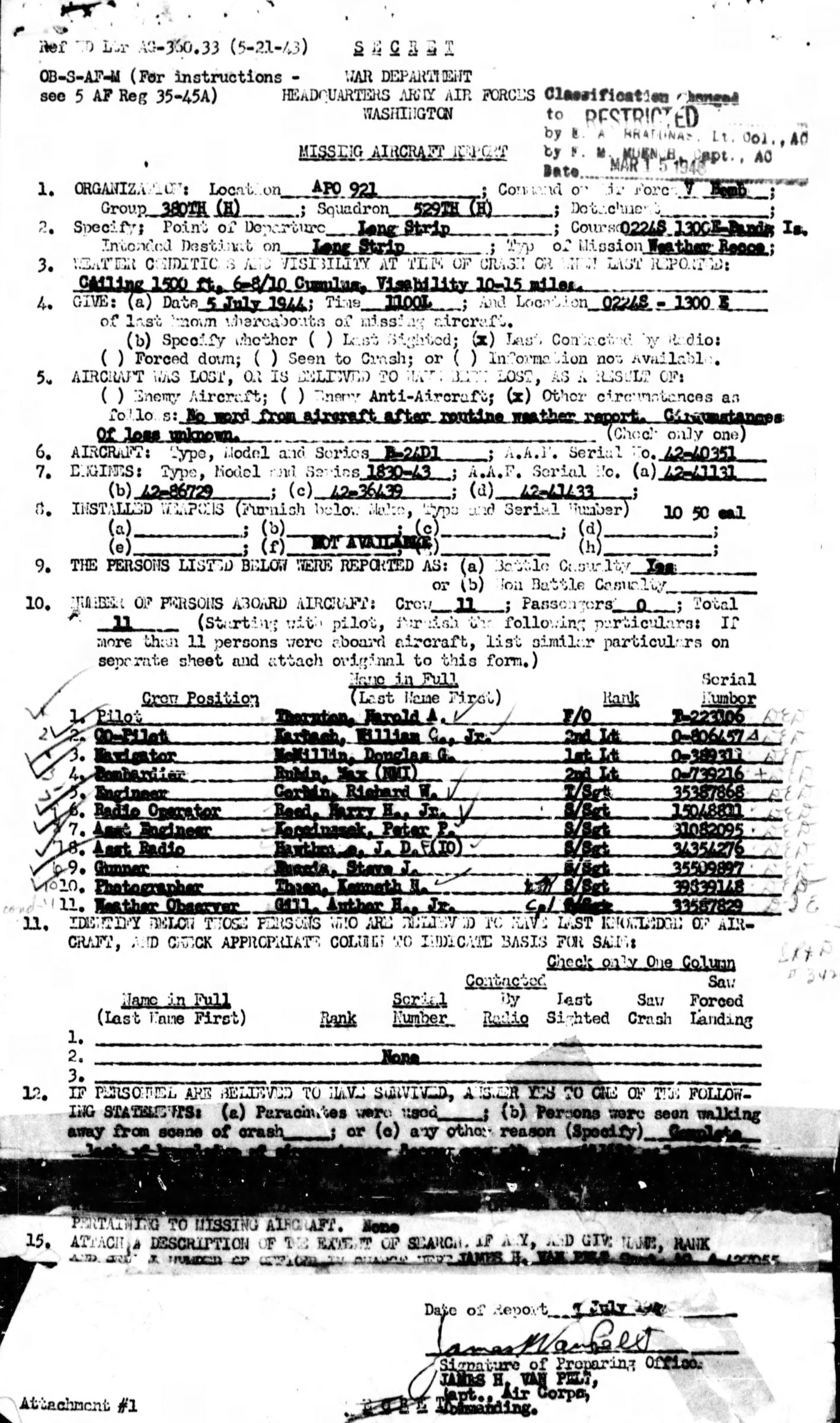 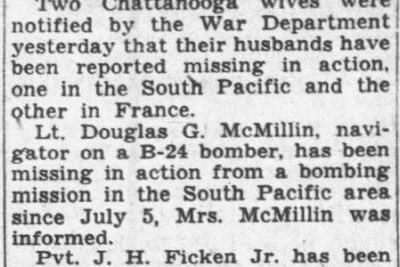 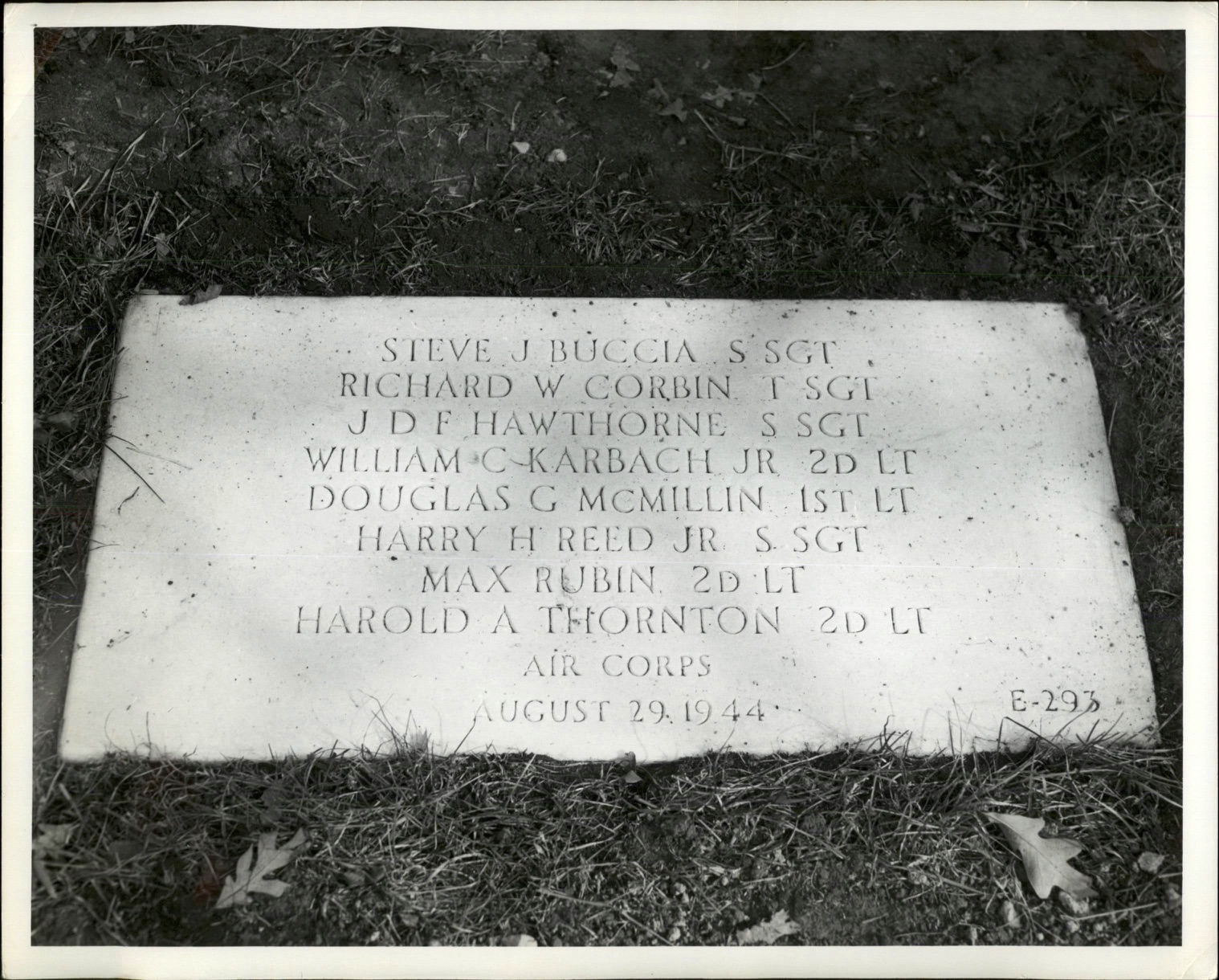