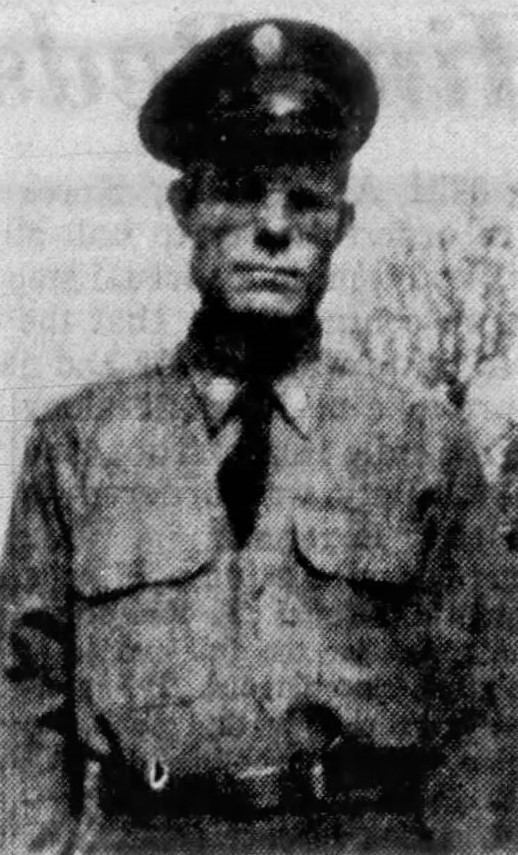 Private Doran Lee Carter was a member of the 7th Infantry Regiment, 3rd Infantry Division. He was killed in action while fighting the enemy in South Korea.

The Johnson City Press-Chronicle, November 28, 1951
The body of Pvt. Doran Lee Canter, 23-year-old son of Mr. and Mrs. C.C. Canter of Damascus, Va., who was killed in Korea in May, 1951, arrived in Bristol this morning and was taken to the parents’ home. Private Canter was born at Shouns April 27, 1928. He received his education at Shouns Consolidated School and Johnson County High School, graduating from the latter in 1947. He was employed one year by Tennessee Valley Authority, after which he spent two years in Idaho and Oregon. Entering the armed forces November 29, 1950, he received his basic training at Fort Jackson, S.C., and then transferred to the West Coast, after a furlough with his parents. He arrived in Japan last April and then sent on to Korea, arriving there May 11, 1951. Young Canter was assigned to Company F, Seventh Infantry Division, and it was this command that on the night of May 22, his company was rushed 130 miles in one night to stop on attack northwest of Wanju on the coast of Korea. He was a casualty in stopping the attack and was posthumously awarded the Purple Heart. Survivors are his parents; two brothers, Mark Canter of Damascus and Bill Canter of Mountain City; four sisters, Miss Elsie Canter of Mountain City, Mrs. Ray Lewis of Avondale, Pa., Mrs. Hugh Davenport of Damascus, Va., and a twin sister, Miss Dora Canter of Carson – Newman College, Jefferson City. 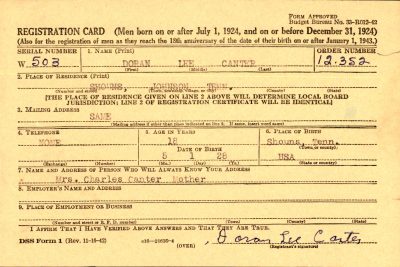 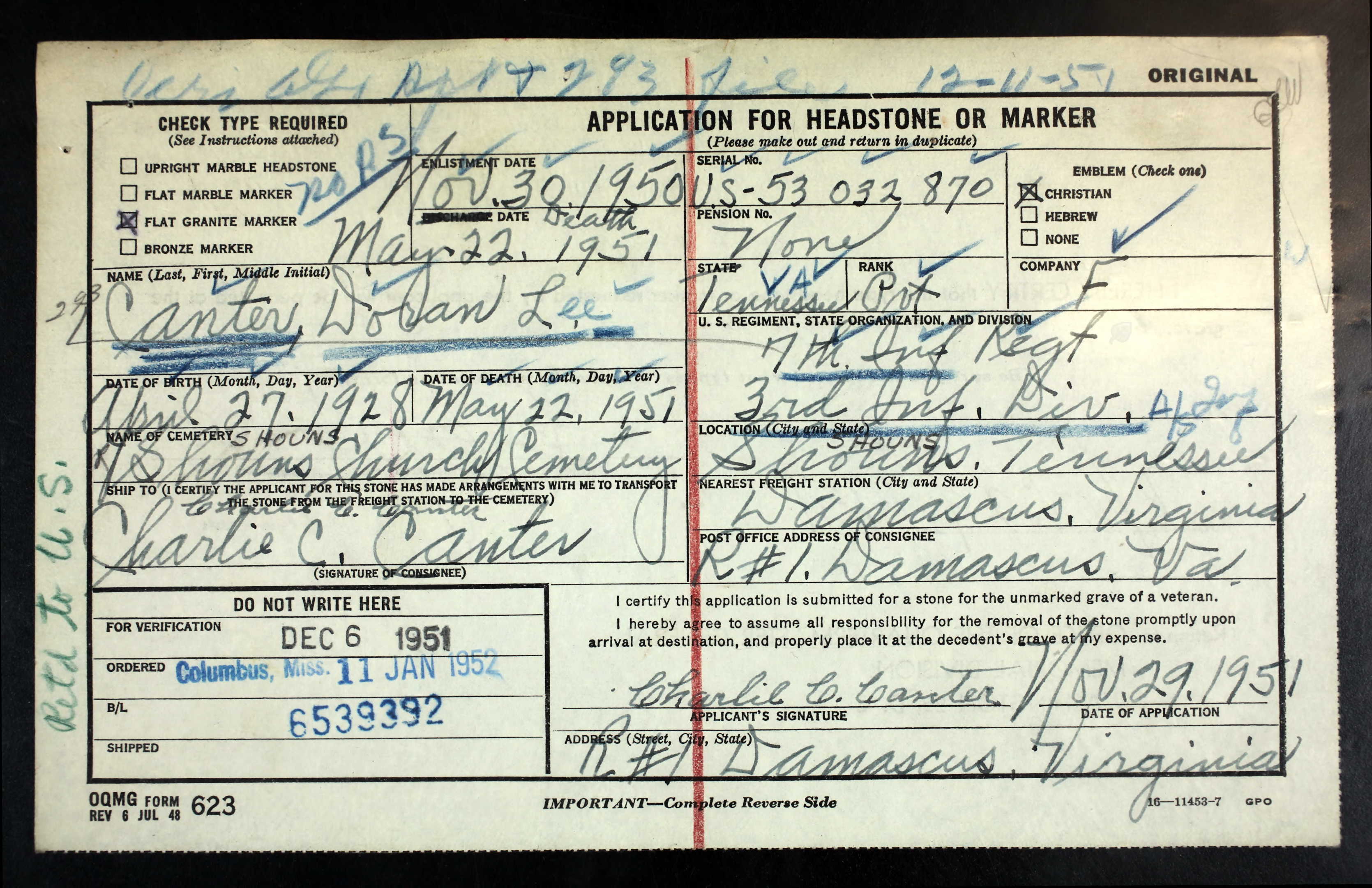 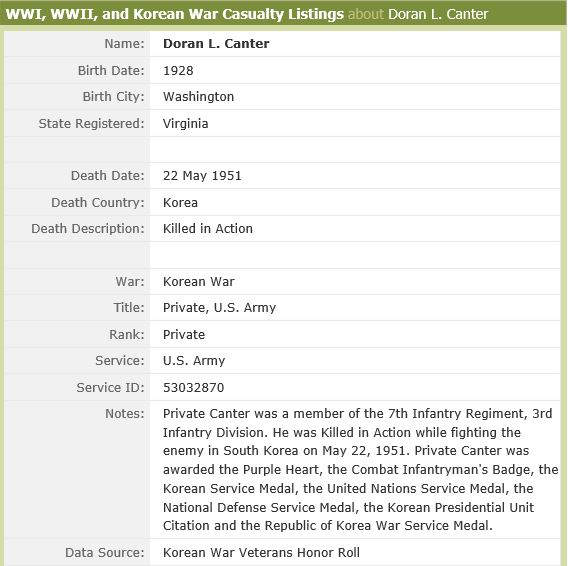 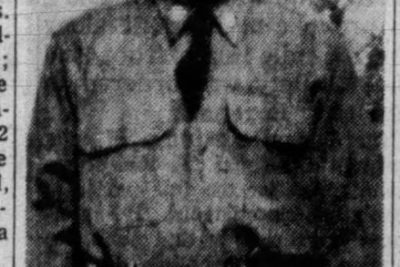 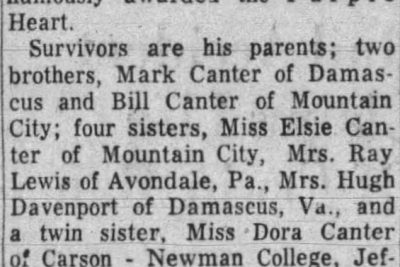