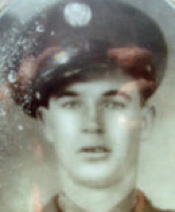 Sergeant Donnie Cline entered the US Army on July 13, 1943 at Fort Oglethorpe, Georgia. He was a member of the 12th Infantry Regiment, 4th Infantry Division.

He was killed in action on December 20, 1944 and is buried at Mount Zion Baptist Church Cemetery, Fort Loudon, Tennessee.

The body of Sgt. Donnie Cline arrived here from overseas on Tuesday, Sgt. Cline was the son of Mr. and Mrs. Willie Cline of Vonore. He was killed in action in Germany on Dec. 20, 1944. Funeral Services and burial will be Saturday, July 16, at 2 p.m. at Mt. Zion Church.

The Knoxville Journal, January 12, 1945
Sgt Donnie Cline, son of Willie Cline of Vorone, was killed in action in Luxemburg, Dec. 20. The father was informed of his son’s death this week in a message from the War Department. Sergeant Cline entered the Army August 3, 1943, and served overseas eight months. He was a member of Mount Pleasant Baptist Church. 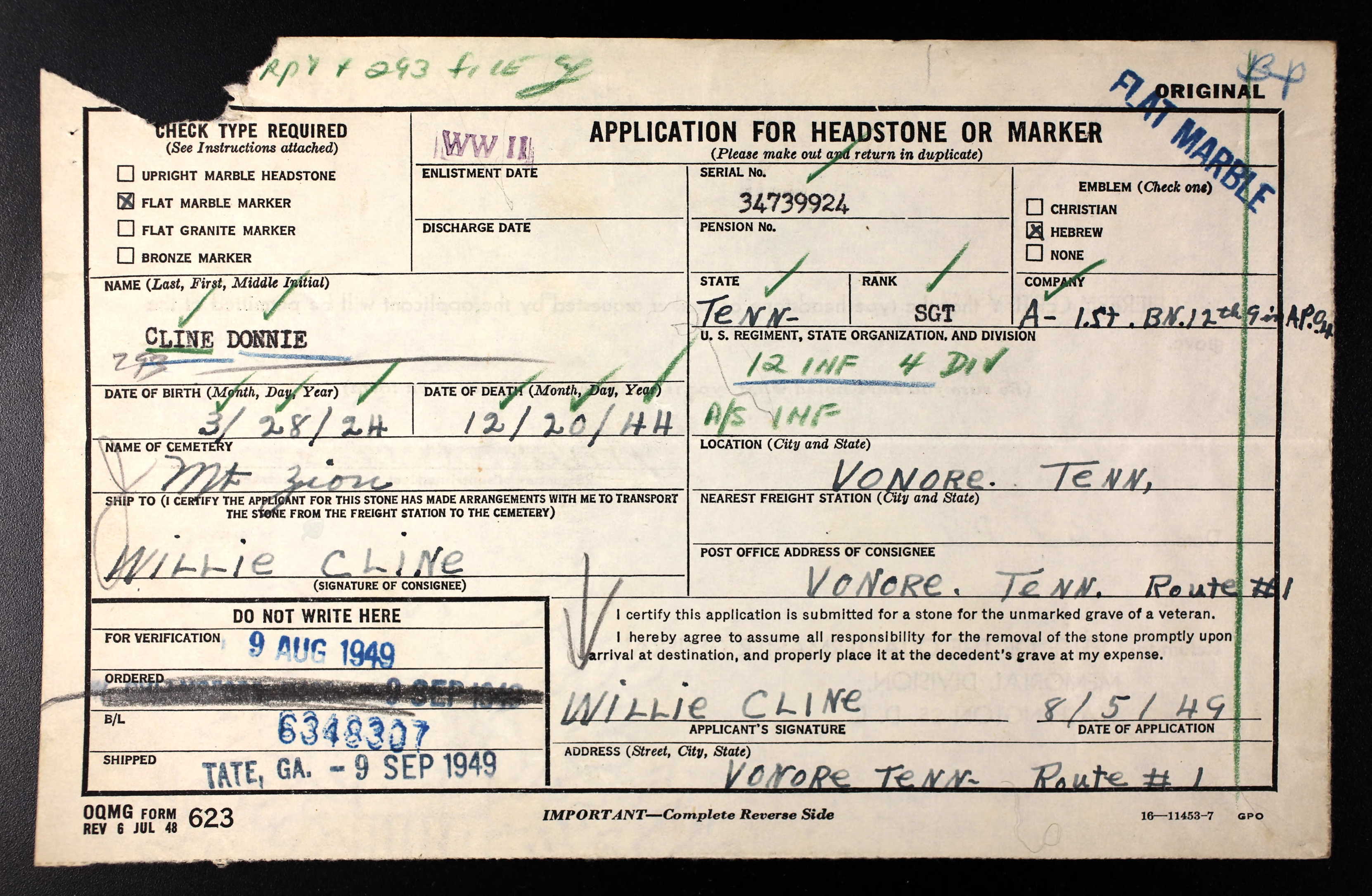 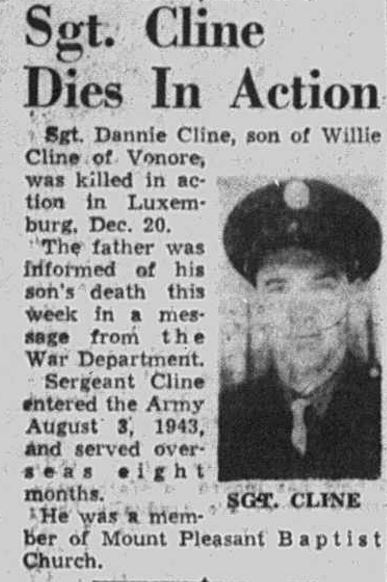