Donnas Hank Boyd served on the U.S.S. Sonoma. The Sonoma was attacked by enemy aircraft on 24 October 1944.
He is memorialized at Manila American Cemetery.

Donnas Hank Boyd, Cox (T) 845-49-17, USN-I, manned the port midship boat deck .50 caliber gun directly above the point through which the burning plane crashed. Although covered with burning gasoline and in the midst of the holocaust that engulfed the midship section at the time, and though badly burned, he remained to force the jammed door of the burning radio room thereby releasing the two men on watch trapped inside. By this action they were recovered uninjured but Boyd, now suffering from many burns was in a critical condition, and their safety may be at the cost of his life.
Lieut. W.R. Wurzler, USNR recommended him for a Navy Cross for exceptional valor.

Donnas Boyd was transferred to the U.S.S. Mercy for treatment. 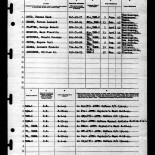 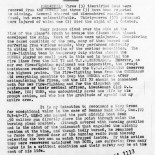 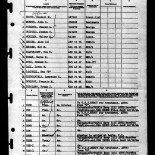