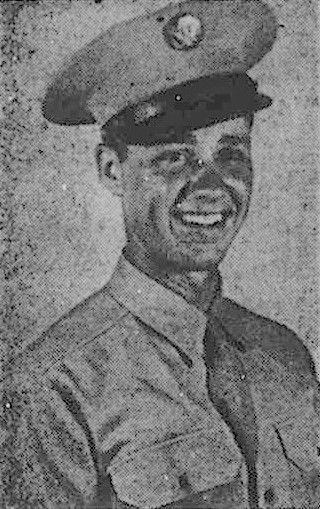 Crossville Chronicle, February 1, 1945
Mrs. Donald Mooneyham received a telegram Monday, Jan. 22, stating that her husband, Pfc. Mooneyham, was missing in action as of December 26 in Belgium. Pfc. Mooneyham entered the service January 3, 1944. He took his basic traning at Camp Wheeler, Ga. In October, 1944, he went overseas, landing in England. He was sent to France shortly afterwards, then to Belgium.
His wife is the daughter of Mrs. Dardles Hedgecoth, of Crossville. His parents are Mr. and Mrs. Alton Mooneyham of Winesap. Monday, Jan. 29, another telegram arrived, stating that he was killed in action on the above-named date. 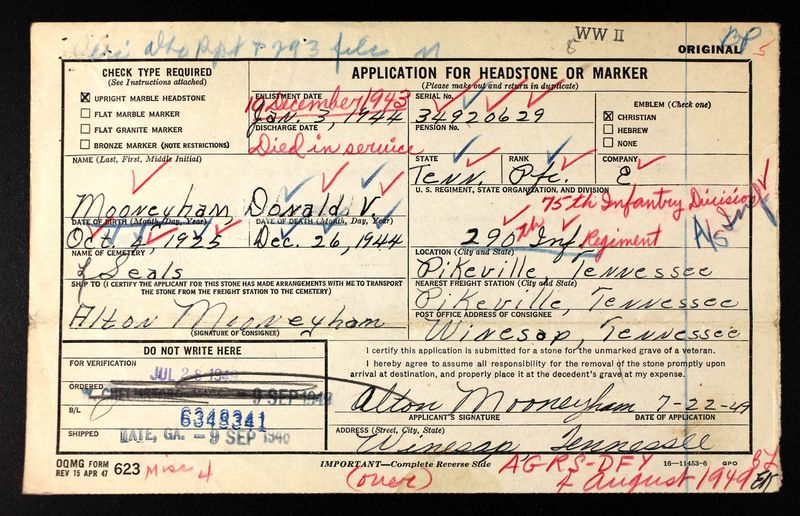