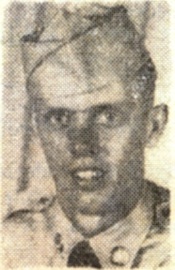 Corporal Donald Roy Rader was a member of the 16th Explosive Ordnance Disposal Squad, U.S. Army. While driving a truck, he lost control, and it plunged over an embankment. He was taken to the 21st Evacuation Hospital where he died on July 4, 1952.

The Knoxville News-Sentinel, June 1, 1952
Pfc. Donald R. rader, Knoxvilian with the 16th Explosive Ordnance Squad, Tague, Korea, has been promoted to corporal. Cpl. Rader entered the Army a year ago and has been overseas four months. Before entering service he attended Rule High School and was employed by the Knoxville Iron Co. Mrs. Rader and daughter are making home with his parents, Mr. and Mrs. J.O. Rader, 1406 Brookside Avenue. 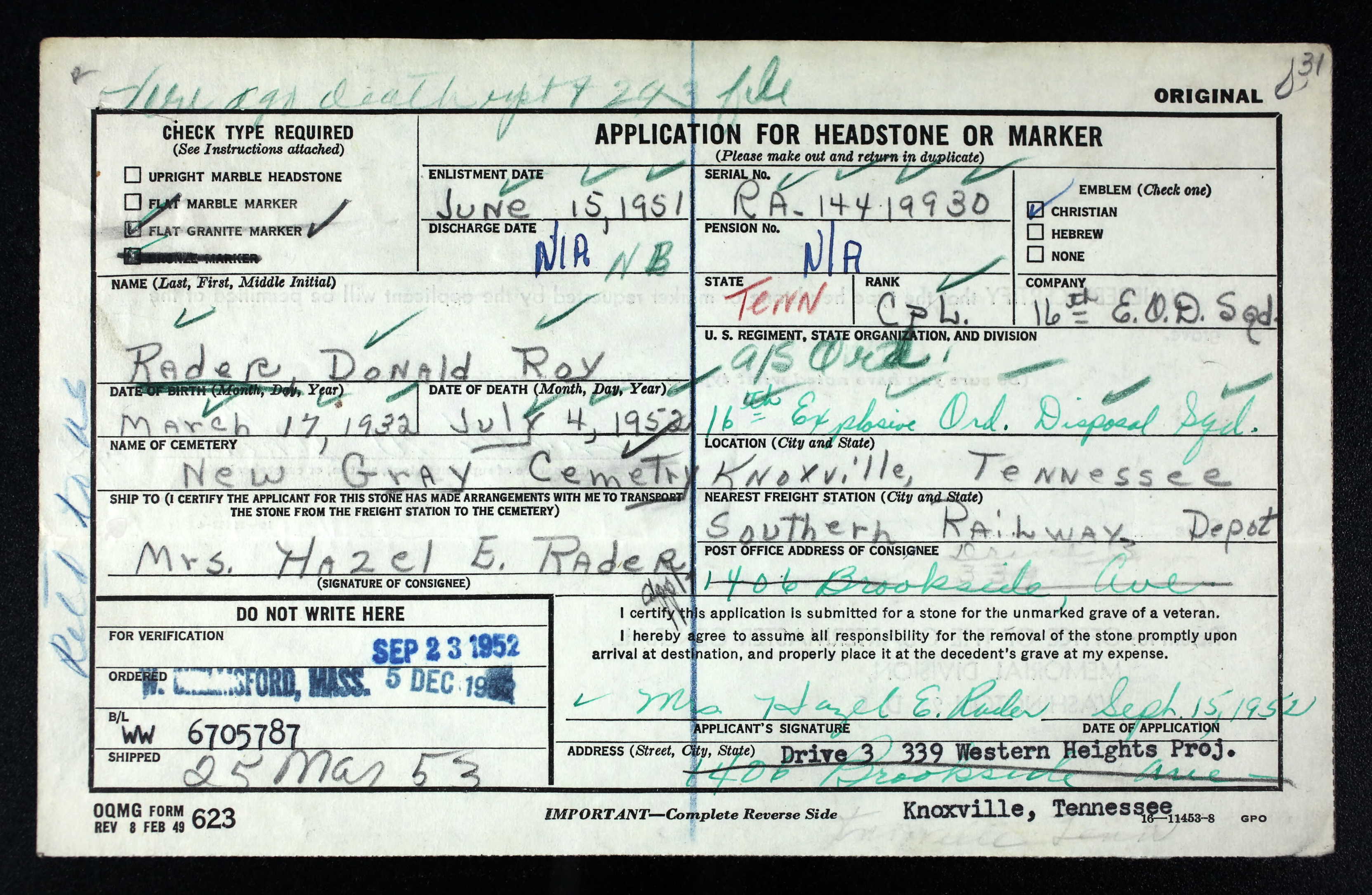 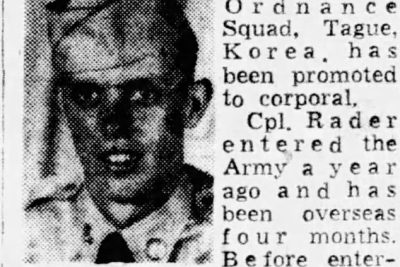