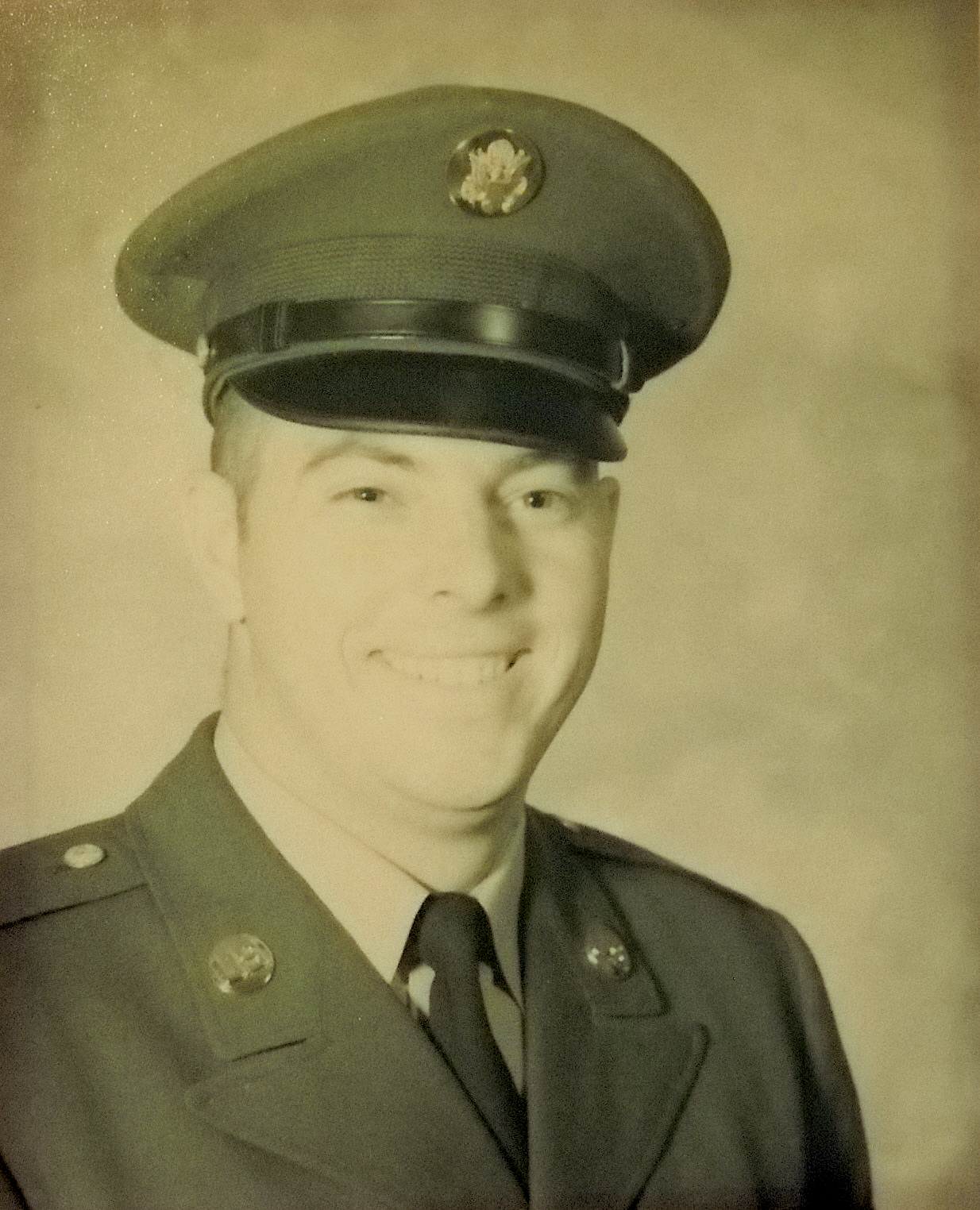 Don was born in Bakersville, Mitchell County, North Carolina on 19 August 1946. He moved with his family to Johnson City, Washington County, Tennessee in 1955. Don graduated Boones Creek High School, Class of 1964. After graduation, he moved to Unicoi, Unicoi County, Tennessee. Don then attended Milligan College for two years and East Tennessee State University for one. It was while at Milligan, Don became an Ordained Minister in the Apostolic Pentecostal Church and became a roaming guest minister at many churches in Eastern Tennessee and Western North Carolina.

Don enlisted in the United States Army in November 1968 and completed Basic Training at Fort Polk, Louisiana. While in basic, Don completed paperwork to become a Warrant Officer and was accepted after meeting the board and selected for flight school. He attended the United States Primary Helicopter Center, Class 69-39 at Fort Wolters, Mineral Wells, Texas and afterwards the Warrant Officer Rotary Wing Aviation Course, Class 69-41 at Hunter Army Airfield, Savannah, Georgia.

Warrant Officer One Cook returned home on leave in December 1969 to be with his wife and family. Don gave the Sunday sermon at the Church of the Lord Jesus Christ in Bakersville, North Carolina, the Sunday before he left for Vietnam. His Tour of Duty began on 20 January 1970 and Don was assigned to the 498th Medical Company (Air Ambulance), 67th Medical Group, 44th Medical Brigade, 1st Logistic Command as a Dustoff pilot. He was based at Lane Army Heliport in An Son, Binh Dinh Province, South viet and also flew missions out of Landing Zone (LZ) Uplift in Qui Nhon and LZ English in Bong Son. Don mostly flew in support of the 173rd Airborne Brigade, Sky Soldiers, also known as “The Herd”. He had already been shot down twice while flying rescue missions for the 173rd before that fateful night of 26 October 1970.

At approximately 1945 (7:45pm) on 26 October 1970 while at LZ Uplift, an urgent request was received at Dustoff/Medevac from Forward Support Base Washington, a mountain top artillery base at an altitude of 1,400 feet, concerning a seriously injured soldier. Even though the base was covered in clouds, fog, light rain and darkness, Don, as Aircraft Commander, volunteered to go and get the soldier and was airborne within two minutes of the call. Flying UH-1H-BF, Iroquois, tail number 67-17765, Don attempted to reach the base with a crew of four and one observer from the west, but due to lack of visual references to the ground he aborted and moved over to the east. While hovering up the eastside, he requested the base maintain constant illumination on the mountainside via 81mm mortar aerial flares during his approach. At within 150 meters of the base, illumination was lost due to a dud round, another round was immediately fired, but it to was a dud and Don lost all visual reference of the mountainside. He attempted to turn right away from the mountain when his Iroquois lost altitude. The left skid caught a tree causing it to nose forward and slamming it into a large rock formation. Don and two members were thrown out as it rolled two or three times down the mountain and came to rest on its right side between another rock formation and two large trees. The observer on the mission crawled from the wreckage as sole survivor right before it burst into flames with the crew chief still aboard.

As Dust Off 12 (One-Two), Don completed 1,915 Missions racking up 1,227 Flight Hours, 710 of them Combat Flight Hours while airlifting 1,333 Patients. His awards include the Distinguished Flying Cross, Bronze Star, Air with numeral 24 device, National Defense, Vietnam Service, Vietnam Campaign with 3 Bronze Stars, Gallantry Cross with Palm (Republic of Vietnam) Medals, and the Combat Medical Badge. Don was also promoted to Chief Warrant Officer Two posthumously. A memorial service was held for him and his crew at a little church that overlooks Lane Army Heliport and the An Son Valley 10 miles northwest of Qui Nhon. Don rests at Evergreen Cemetery, Section Lower E in Erwin, Tennessee between his loving mother and wife.

Don was the only child of Mack Donald Cook and Cora Evelyn Newton. He was married to Toni Margo Whitson. and they had no children.
-Submitted by Allen D. Jackson, USAF (Ret)

CWO Donald Richard Cook of the 498th Medical Company (Dustoff) lost his life on the night of October 26, 1970 at Fire Base Washington while piloting an Army medevac helicopter to rescue or “Dust off” a seriously ill or injured U.S. soldier of the 173rd Airborne Brigade. Don was the aircraft commander with the call sign Dustoff One Two and was based at nearby LZ Uplift in Binh Dinh province of northern II Corps. He was my friend in flight school and in the 198th and I will forever remember him.

Don received the urgent Dustoff request and he with crew of four were airborne from LZ Uplift within two minutes. They departed in night poor weather conditions with low cloud ceiling, rain and fog and shortly arrived in close vicinity of FSB Washington. He instructed the ground unit to send up aerial illumination flares to give him artificial light to see by. He then attempted to hover his UH-1 from tree top to tree top up the side of the mountain to the FSB on top in the clouds. As was common, and tragically so in this case, one of the mortar flares was a dud and failed to ignite thus causing instant total darkness in the fog and clouds. Don’s helicopter caught a landing skid in the trees, flipping the aircraft into the trees and mountain side. Don, his copilot, and the medic were thrown clear of the aircraft and died instantly. His crewchief was trapped inside the aircraft and died. A medical officer of the 173rd from FSB Uplift was thrown clear and suffered injuries.

The aircraft caught fire and burned. Prior this horrible accident Don was shot down twice on Dustoff missions supporting the 173rd, know as the “Herd.” After his death the 173rd wrote a nice article about Don in their Fire Base 173rd November 1970 newsletter, Vol III, No. 24. Don always placed the welfare of others ahead of his own and his tragic death is a great loss to this nation and his fellow man. He upheld the finest traditions of the Army medevac (Dustoff) crews. “So that others may live.”
-Submitted by WO1 William C. (Bill) Perkins 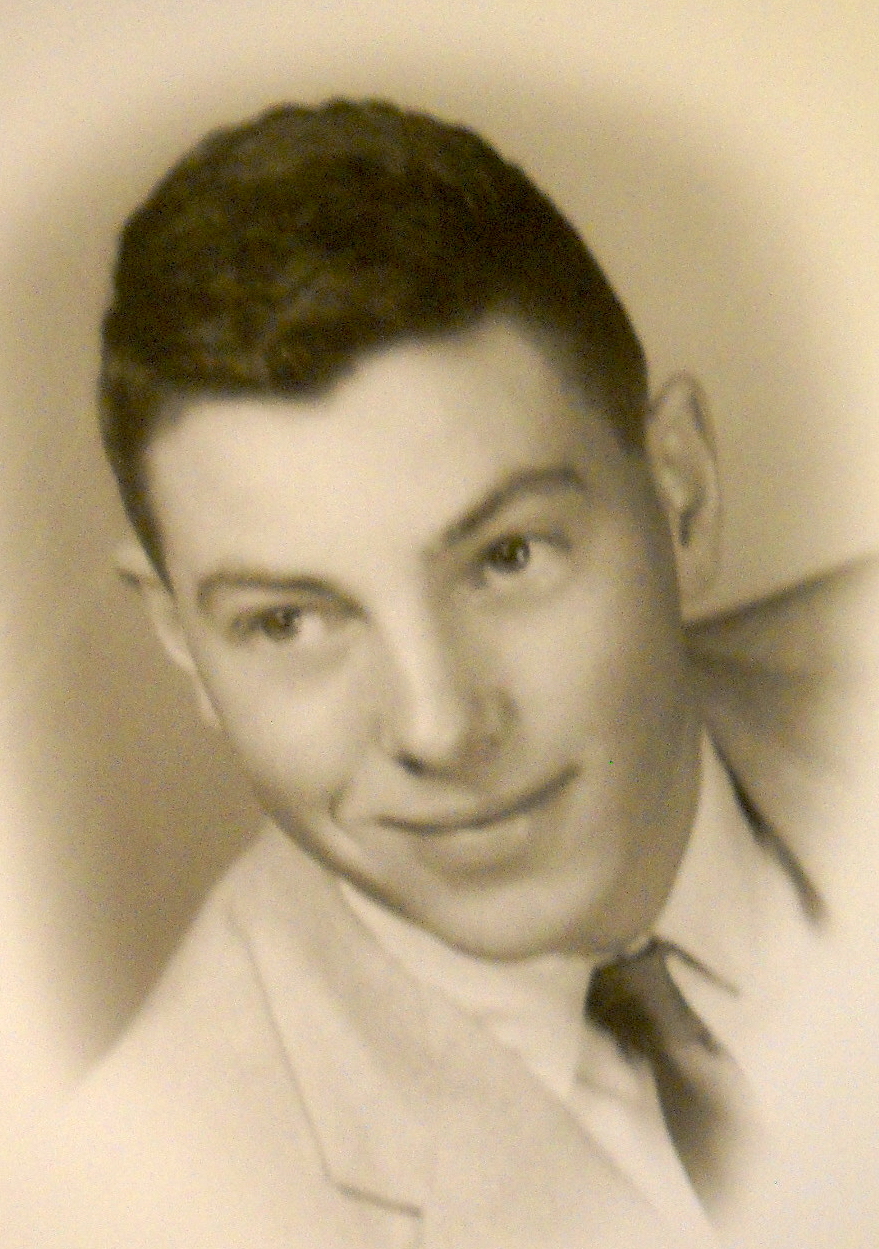 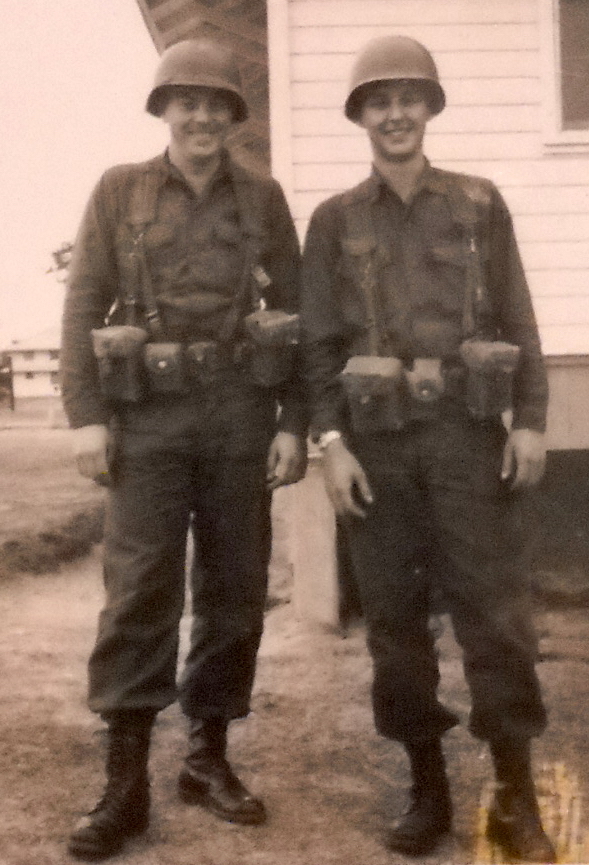 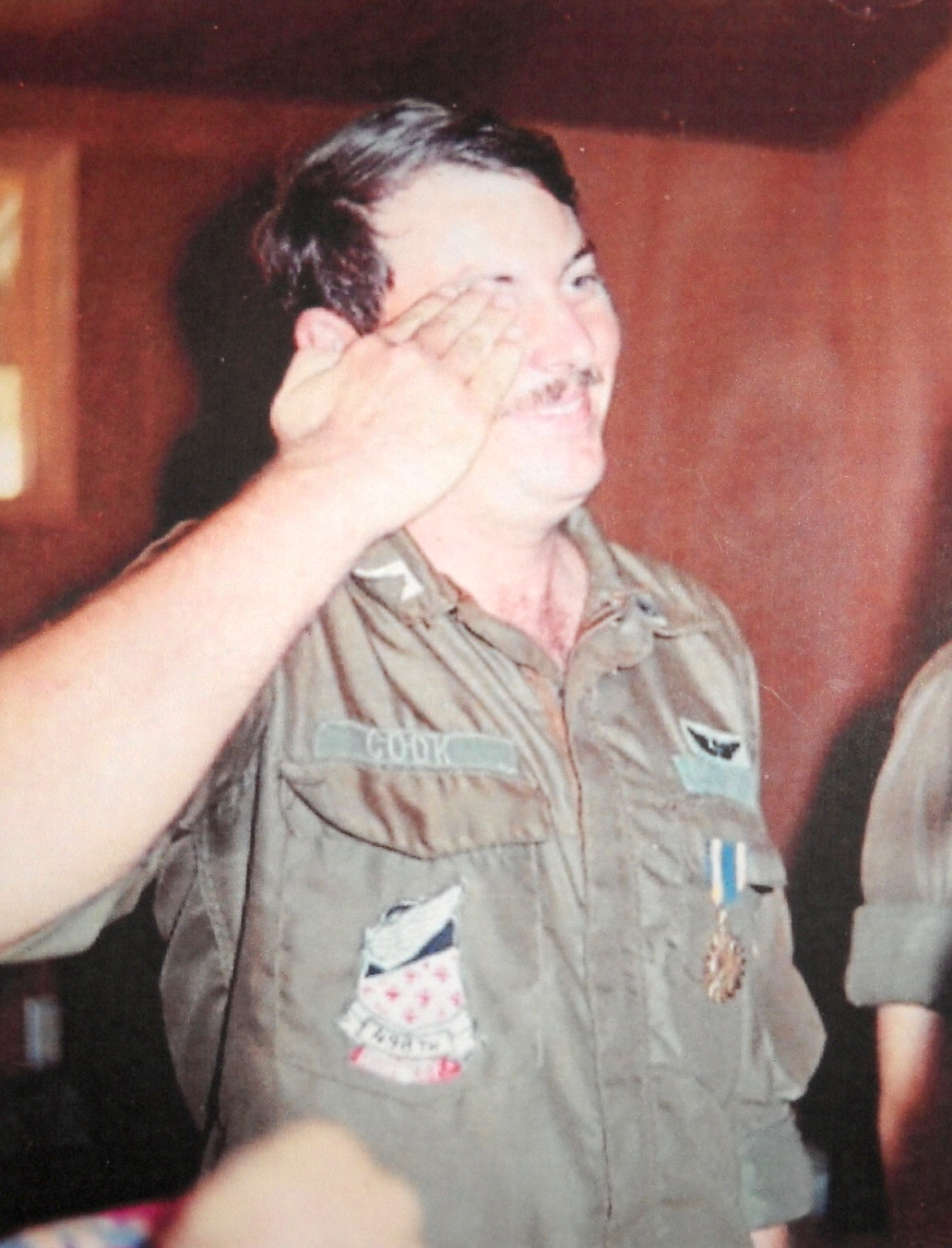 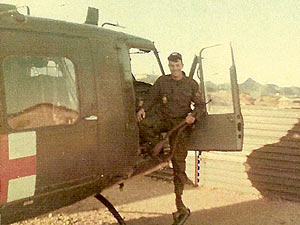 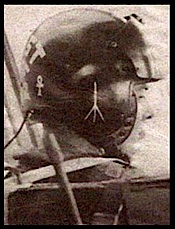 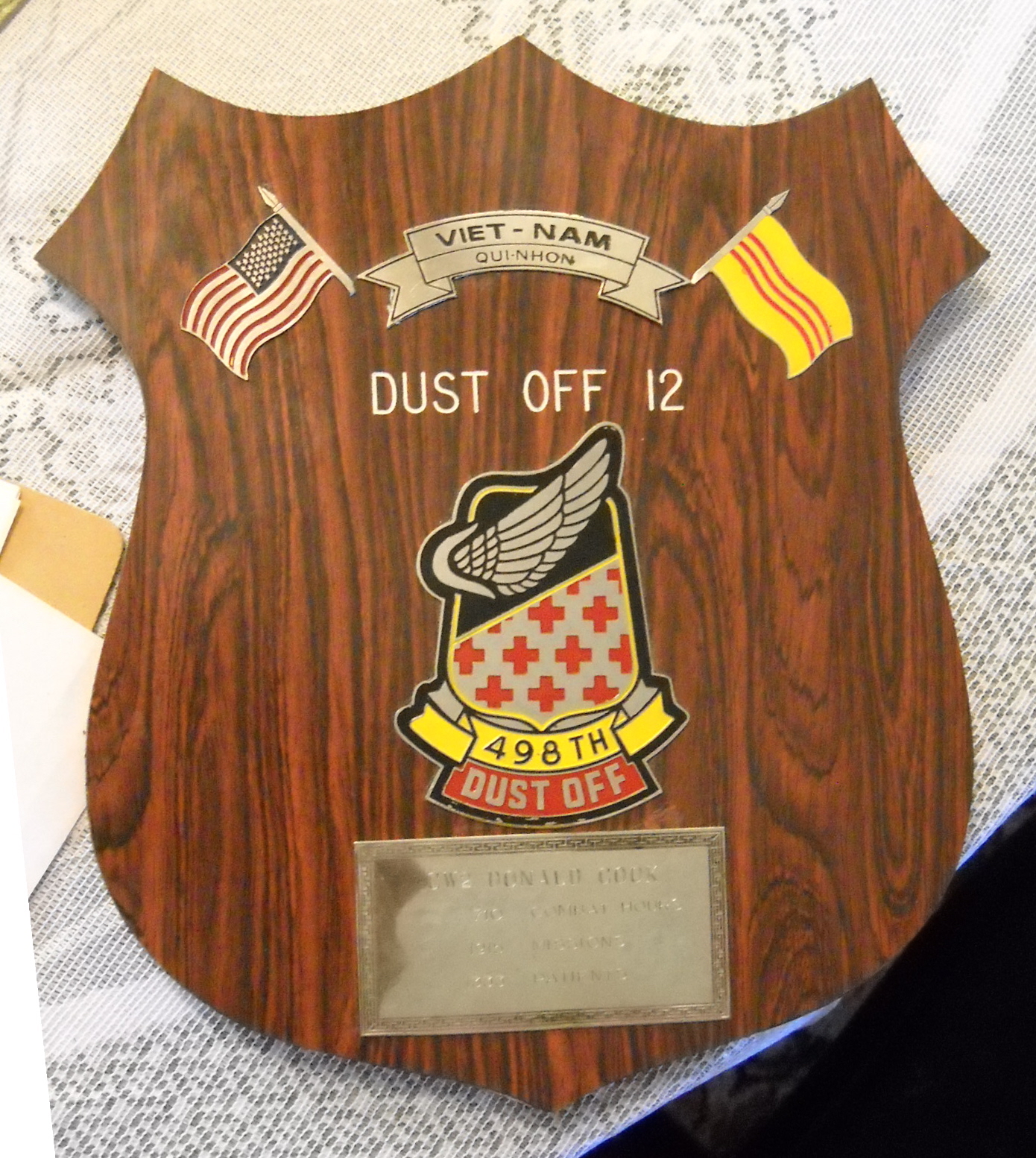