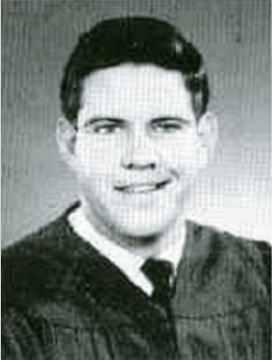 First Lieutenant Donald Frank Fletcher was a casualty of the Vietnam War. As a member of the Army Reserve, 1st Lt Fletcher served our country until October 31st, 1968 in Darlac, South Vietnam. He was 25 years old and was married. It was reported that Donald died when the helicopter he was a passenger in, crashed. His body was recovered. Donald was born on April 1st, 1943 in Kingsport, Tennessee. 1st Lt Fletcher is on panel 40W, line 064 of the Vietnam Memorial Wall in Washington D.C. He served our country for 2 years.

SYNOPSIS: At about 0740, 31 Oct 1968, a 54th Signal Battalion UH-1H (tail number 66-16524) departed Nha Trang Air Base on an administrative flight to the battalion’s outlying sites. Eleven men were aboard, four aircrew and seven passengers. A brief stop was made at Dong Ba Thin where one passenger deplaned. At 0835 the aircraft departed Nha Trang West, and at 0840 made a “Mayday” call to the Nha Trang Air Base tower reporting that the Huey was going down about 5 miles north of Nha Trang. The aircraft then crashed and burned. The accident board concluded the Huey lost all or a portion of a tail rotor blade, which led to failure of the tail rotor gearbox and loss of control. All ten men still aboard the aircraft died in the crash: 1LT Donald F. Fletcher, Kingsport, TN, HHC, 459th Sig Battalion, was one of those killed. 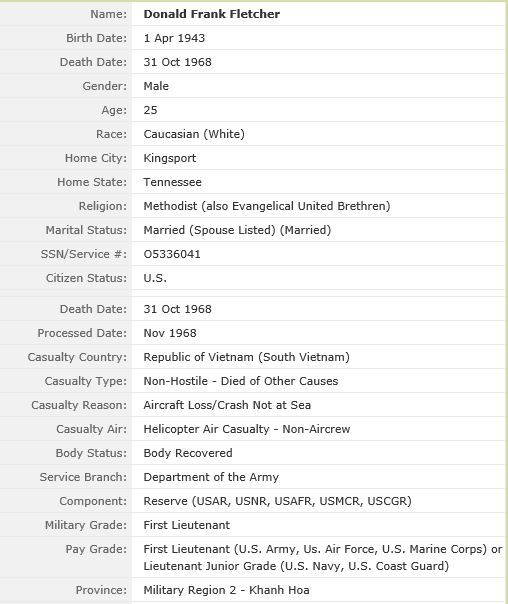 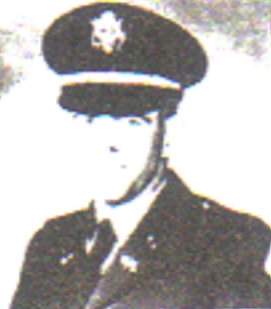