Aircraft B-17G with serial number 42-102424, nickname Ellobo, was on a bombing mission to Cologne, Germany.

Statement from Co-pilot, 2nd Lt Wallace L. McClaflin:
On the way in to the target (10 minutes before), we noticed an oil leak in no. one engine , throttled this engine down and the leak stopped. Engine operation and all instruments were normal. About 5 minutes after  bombs away oil pressure in #1 dropped so quickly that it was impossible to feather the engine. Prop had a series of runnings away and slowing up for the 15 minutes. We slowed the airplane up to 130 I.A.S. and at time of reaching coast the prop was wind milling and seemed ok. The pilot decided to bring ship back to base. About 5 miles off the coast from Ostend the prop bent back and chewed six or eight feet off the left wing. At this time the prop came off taking the cowling and front of #1 engine with it. The pilot tried to turn the ship back to the coast but was impossible to do so. All crew had been sent to waist and upon noticing the bad wing go down eight crew members bailed out. Last seen by any crew member the pilot was standing back of his seat getting his chute on and turning on C-1 auto-pilot. As the left wing of the ship dipped down the men left the ship: it half-rolled and split S’d into the sea, exploding upon impact. All eight chutes opened but two were all that were picked up.
The pilot, Lt C.B. Richards really did a great job. If it hadn´t been for his work it is doubtful at all if any of the crew could have gotten out. To the best of our knowledge the other six men drowned and the pilot never got out.

Sgt Hensley was initially buried at the Ardennes American War Cemetery at Neuville-en-Condroz near Liège, Belgium. 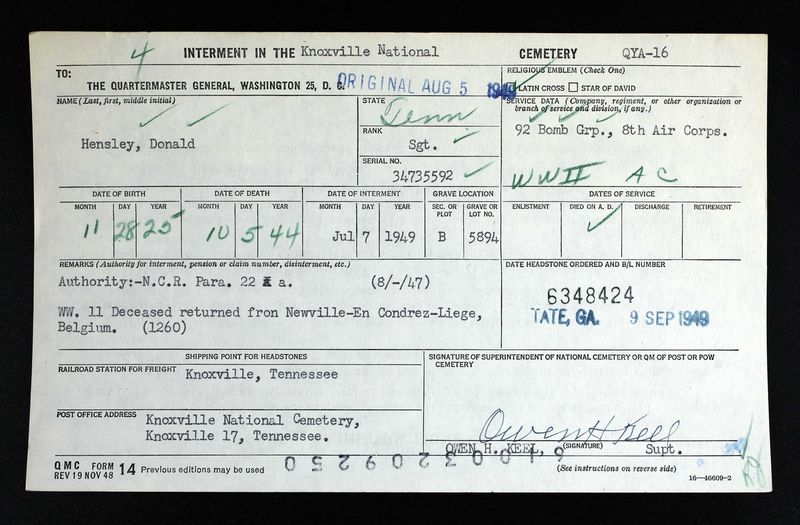 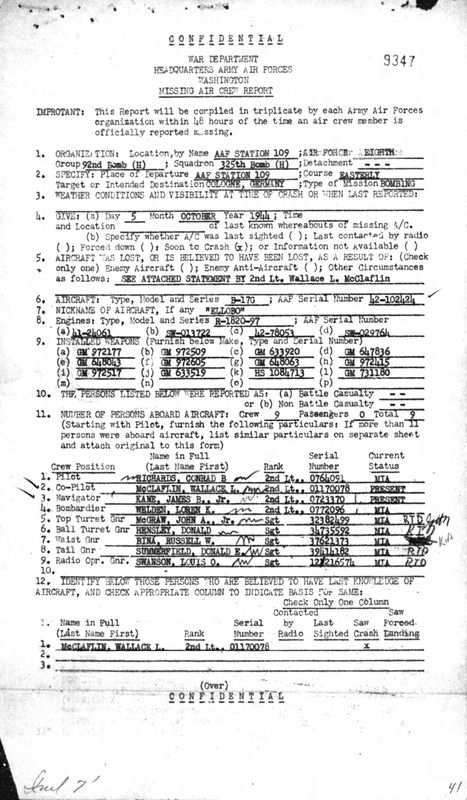 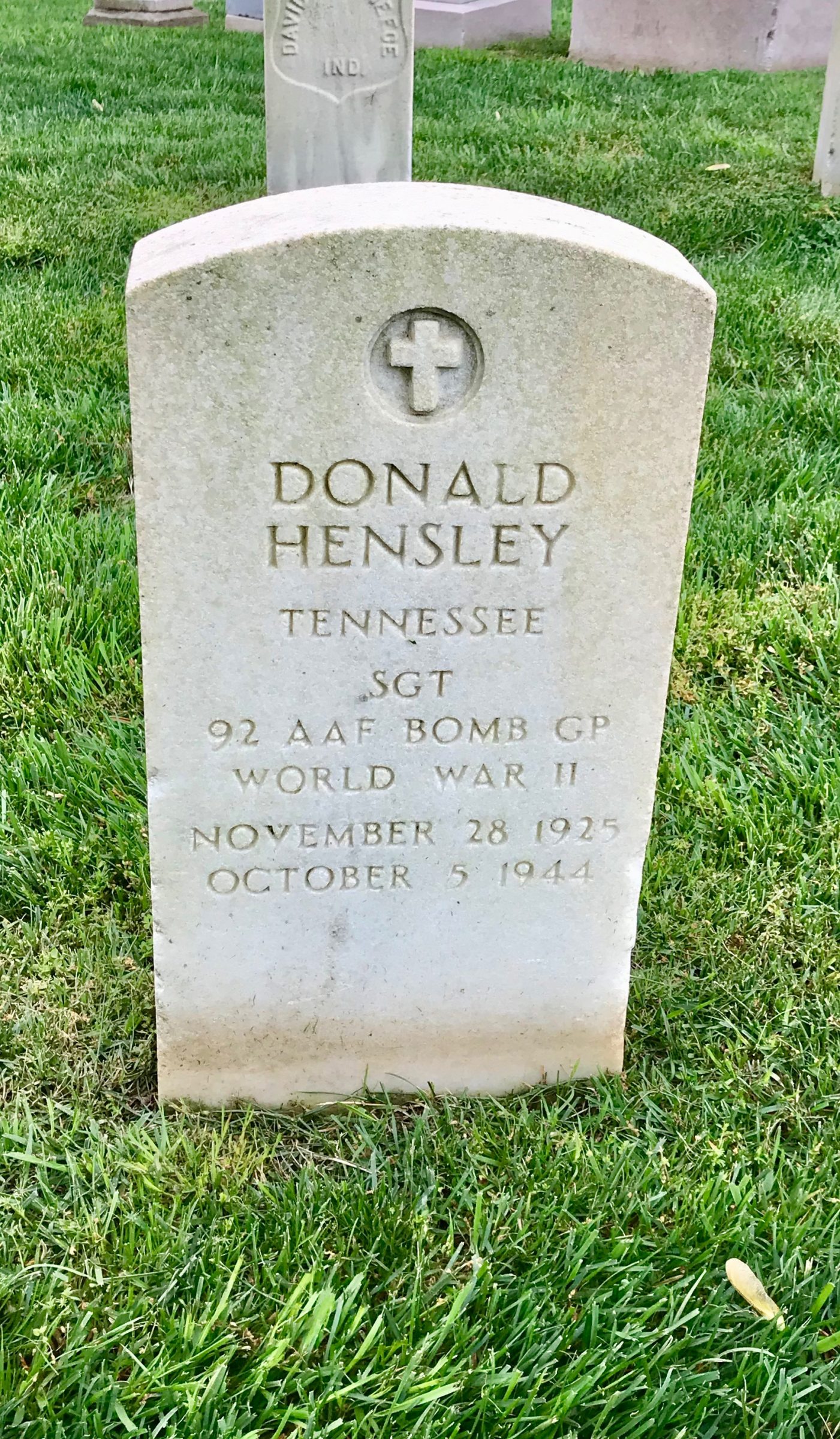