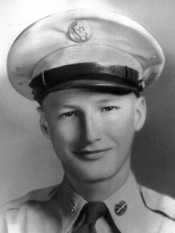 -Parents: Grant Edgar Vaughn and Bonnie Smith Vaughn
-Siblings: Raymond Eugene Vaughn, Ernie R. Vaughn, and Christine Imogene Vaughn
-Donald Vaughn was a student at Gibbs High School and worked on his grandfather’s farm before entering the Army in 1949.
-Private First Class Vaughn was a member of Company A, 1st Battalion, 21st Infantry Regiment, 24th Infantry Division. He was Killed in Action while fighting the enemy near Chupari, North Korea on July 8, 1951.

The President of the United States of America, under the provisions of the Act of Congress approved July 9, 1918, takes pride in presenting the Distinguished Service Cross Posthumously to Private First Class Donald C. Vaughn ASN RA-14312142, United States Army, for extraordinary heroism in connection with military operations against an armed enemy of the United Nations while serving with Company A, 1st Battalion, 21st Infantry Regiment, 24th Infantry Division. Private First Class Vaughn distinguished himself by extraordinary heroism in action against enemy aggressor forces in the vicinity of Chupari, Korea, on 8 July 1951. On that date, Private Vaughn was a scout with the lead squad of Company A, which was on a reconnaissance patrol to determine the strength and disposition of the enemy. Upon contacting the enemy, the lead squad immediately assaulted the hostile outpost and succeeded in neutralizing it. As the company moved forward to the base of their primary objective and another squad advanced to accomplish the next phase of the mission, Private Vaughn volunteered to go with them in their assault. As Private Vaughn reached higher ground, he observed that the hitherto hidden enemy platoons were moving out in a flanking movement aimed at encircling the friendly forces. Immediately, He ordered the patrol back and took up an exposed position to cover their withdrawal. Although his position was subjected to a deadly a crossfire from the enemy, Private Vaughn succeeded in pinning down the hostile forces with his intense and accurate rifle fire long enough for his comrades to reach safety before he was hit and mortally wounded.

The Knoxville Journal, July 28, 1951
Pfc. Donald C. Vaughn, 20-yar-old son of Mrs. D.B. Miller of Route 2, Corryton, was killed in action July 8 in Korea, where he had been on the front line for several months. His mother has received a letter from the Defense Department confirming a previous report of the casualty. The youth had been wounded last January and was sent to Japan where he recovered and returned to active duty in Korea. He had written friends that he expected to return home in a short time. The next message brought word of his death. Young lived with his mother until he entered the service July 5, 1949, at the age of 18. He received basic training at Fort Jackson, S.C., and was sent overseas last Aug. 1. He was a member of House Mountain Baptist Church and a graduate of Skaggston Elementary School. 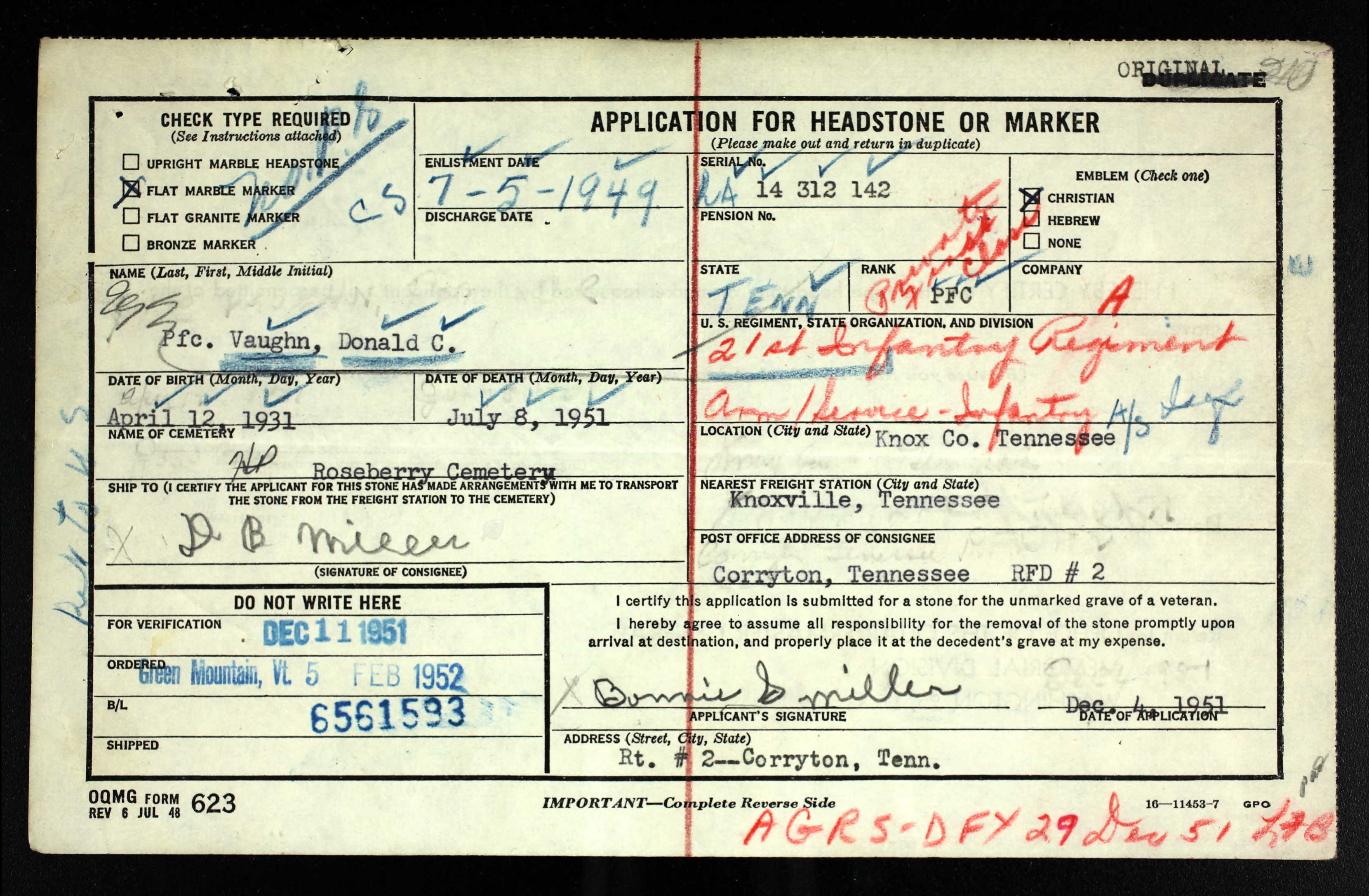 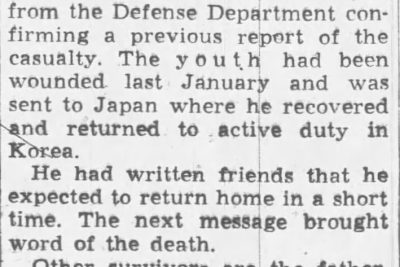