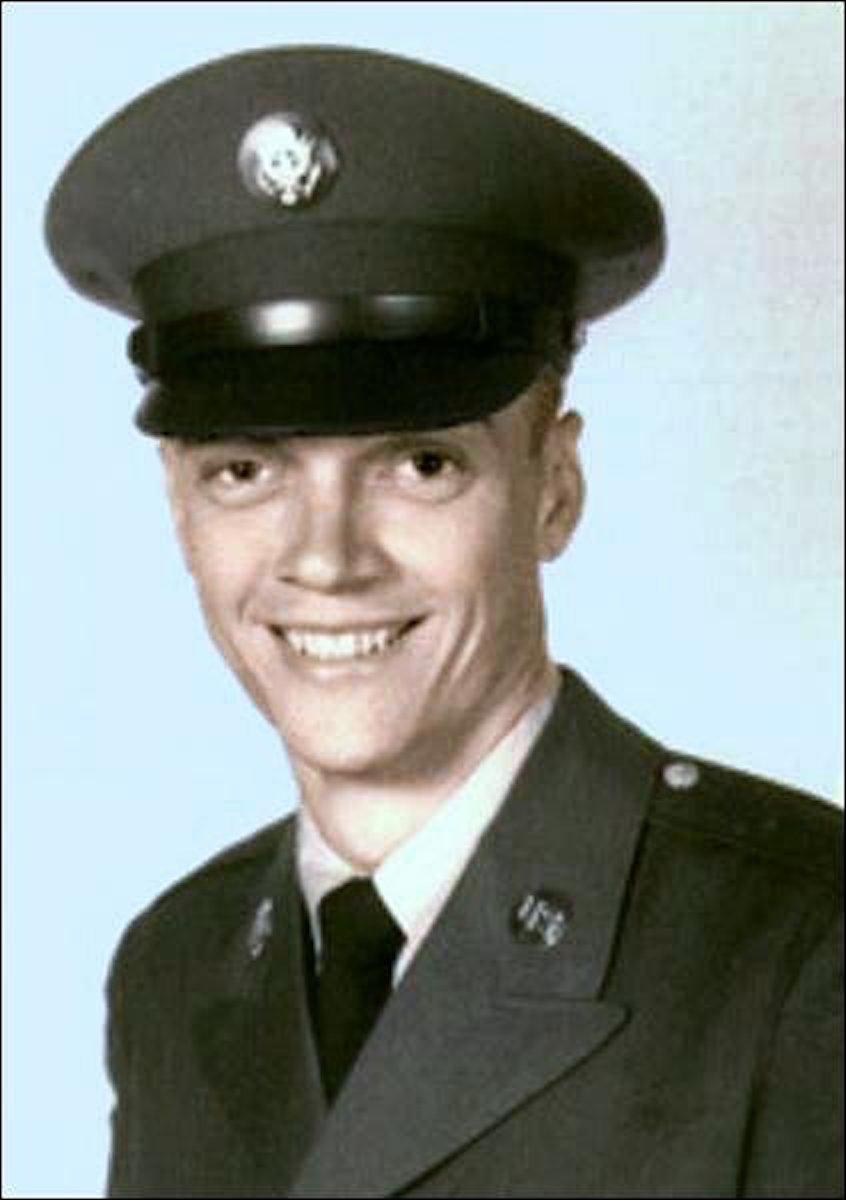 Specialist 4th Class Donald  Ancker Sherrod was born on June 2, 1943. He was the son of F.J. and Mariana Ancker Sherrod and the husband of Barbara Sherrod. He was a 1962 graduate of East High School, member of Fifth Avenue Baptist Church, and enlisted in the United States Army in 1963.  He was serving in Korea and volunteered for service in Vietnam. Sherrod left Knoxville on January 6, 1966, en route to Vietnam to start his tour of duty with A Company, 1st Battalion, 7th US Cavalry Regiment, 7th Cavalry Division.

Sherrod was killed in action on August 8, 1966, in South Vietnam. He was buried August 18, 1966, at Highland Memorial Cemetery in Knoxville, TN, with full military honors. A tribute left at the Vietnam wall in Washington, DC states: “I was in the same fire fight as Donald when he was killed. His position was adjacent to mine. He was a machine gunner and during the initial assault against our position, he was killed as his position was overwhelmed by enemy fire. Donald gave his all for his country, and I can only hope it meant something. May he rest in peace knowing that I will never forget his supreme sacrifice for his comrades in arms and country.” –Gary Owen Donald, Sunday, August 8, 1999

On August 1, 1966 units of the 1st Battalion, 7th Cavalry, were inserted into the La Drang Valley for a search-and-destroy operation named PAUL REVERE II. Although ample evidence of the enemy’s presence was found during the first week, 1/7 Cav had little contact with enemy forces. That changed shortly after noon on August 8 when “A” Company made contact with a large enemy force near Landing Zone JULIET. The 3rd Platoon was on point and made the initial contact with the NVA. They aggressively pursued and were immediately hit by several enemy heavy and light machine-guns, cutting them off from the rest of the company. Most of the 3rd was able to exfiltrate back to the “A” Company perimeter, where the company found itself under very heavy attack. By 3 p.m., artillery and air strikes had discouraged the NVA, which broke contact and withdrew into the jungles.

The price paid by “A” Company was very high – twenty-five dead, including Donald A. Sherrod of Knoxville, TN, and thirty-six more wounded. His brother, Jack Sherrod, wrote this about Donald A. Sherrod:

My brother was awarded the Silver Star for the action where he died, and he got the Bronze Star with the V device, and, of course, the Purple Heart. I have the awards and citations that came along with them as well as the flag that draped his coffin. He was a guy who could be very funny and our family got many laughs from his antics. It took many years experiencing life to fully understand what he gave up and what so many others sacrificed. I am now sixty-four and he was two and a half years older than me, so he would be sixty-seven years old tomorrow, June 2, 2010. When my brother died, part of my mom died also and she was proud to be his mom — she died in 1994.

For gallantry in action: on 8 August 1966, Specialist Sherrod distinguished himself by exceptional heroism in action, while serving as a rifleman with Company A, 1st Battalion, 7th Cavalry during a search and clear operation in the Republic of Vietnam. As the company was setting up a perimeter, Specialist Sherrod noticed several enemy soldiers trying to penetrate a weak spot in the defense. Leading the men of his fire team, Specialist Sherrod advanced to a key position, firing his individual weapon and throwing hand grenades. His action so inspired his soldiers that they joined him at the position. During the engagement, Specialist Sherrod was wounded, but continued to fight and lead in the defense. Constantly maneuvering from man to man to offer encouragement and assist the wounded, Specialist Sherrod fell mortally wounded as he attempted to render aid to another casualty. His truly outstanding bravery and devotion to duty significantly contributed to the success of the company defense. Specialist Sherrod’s courageous action under fire is in keeping with the highest traditions of the military service, and reflects great credit upon himself, his unit, and the United States Army.