PFC Trent died at the Station Hospital at Columbia, Richland County, South Carolina of injuries caused by a motorcycle accident at Devine & Jackson Blvds, Columbia, S.C. Pfc. Trent had served in the Army for the past three years and just had returned to the States after eight months of active duty in the European Theater.
He was the son of Parrott Thomas and Noda S. Trent.

PFC Trent was a passenger on a ship which departed from Le Havre, France to arrive at the port of New York, New York on 11 July 1945. 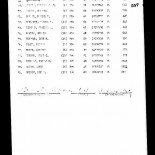 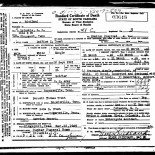 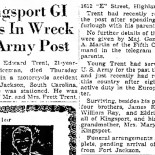