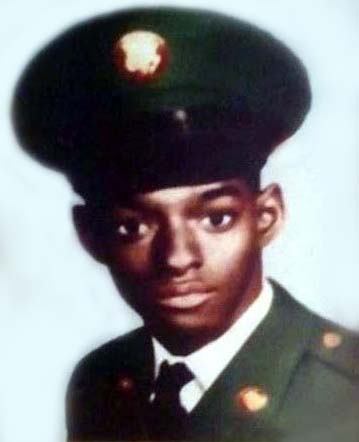 Sergeant Dickie Walter Reagan was a casualty of the Vietnam War. As a member of the Army, SGT Reagan served our country until May 6th, 1970 in Thua Thien, South Vietnam. He was 21 years old and was not married. It was reported that Dickie died from artillery fire. His body was recovered. Dickie was born on February 3rd, 1949 in Lumberton, North Carolina. SGT Reagan is on panel 11W, line 117 of the Vietnam Memorial Wall in Washington D.C.

On 06 May 1970 Fire Support Base Henderson, about 9 nautical miles south-southwest of Camp Carroll, was occupied by elements of the 2nd Battalion, 501st Infantry, as well as artillerymen. FSB Henderson came under attack, first by heavy mortar fire, then assault by a North Vietnamese Army battalion. By the time the fight stopped, 24 US soldiers were dead and two missing: Sp4 Reagan was one of those killed.

Funeral Services for Sp4 Dickie Walter Reagan, 21, who was killed in action in Vietnam May 5 will be held Wednesday at 4pm from the First Baptist Church, South Lumberton, with the pastor, Dr Turner, officiating. Interment will be in Elizabeth Heights Cemetery with military honors. Survivors are one daughter, Tannis Lavita Brown; his mother, Mrs Margaret McDonald Reagan; one sister, Miss Anna Marie Reagan. Lumberton High School class of 1966.