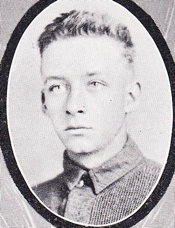 Dewey M. Johnson enlisted in Company C, 117th Infantry, with which he went to Camp Sevier, SC, and trained. Arriving in France in May 1918, he participated in the fighting in Belgium and in the attack on the Hindenburg Line. Sergeant Johnson was killed in action in the attack on October 8, east of Nauroy. 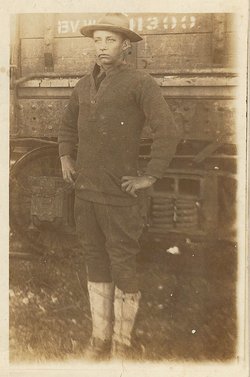 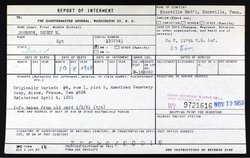 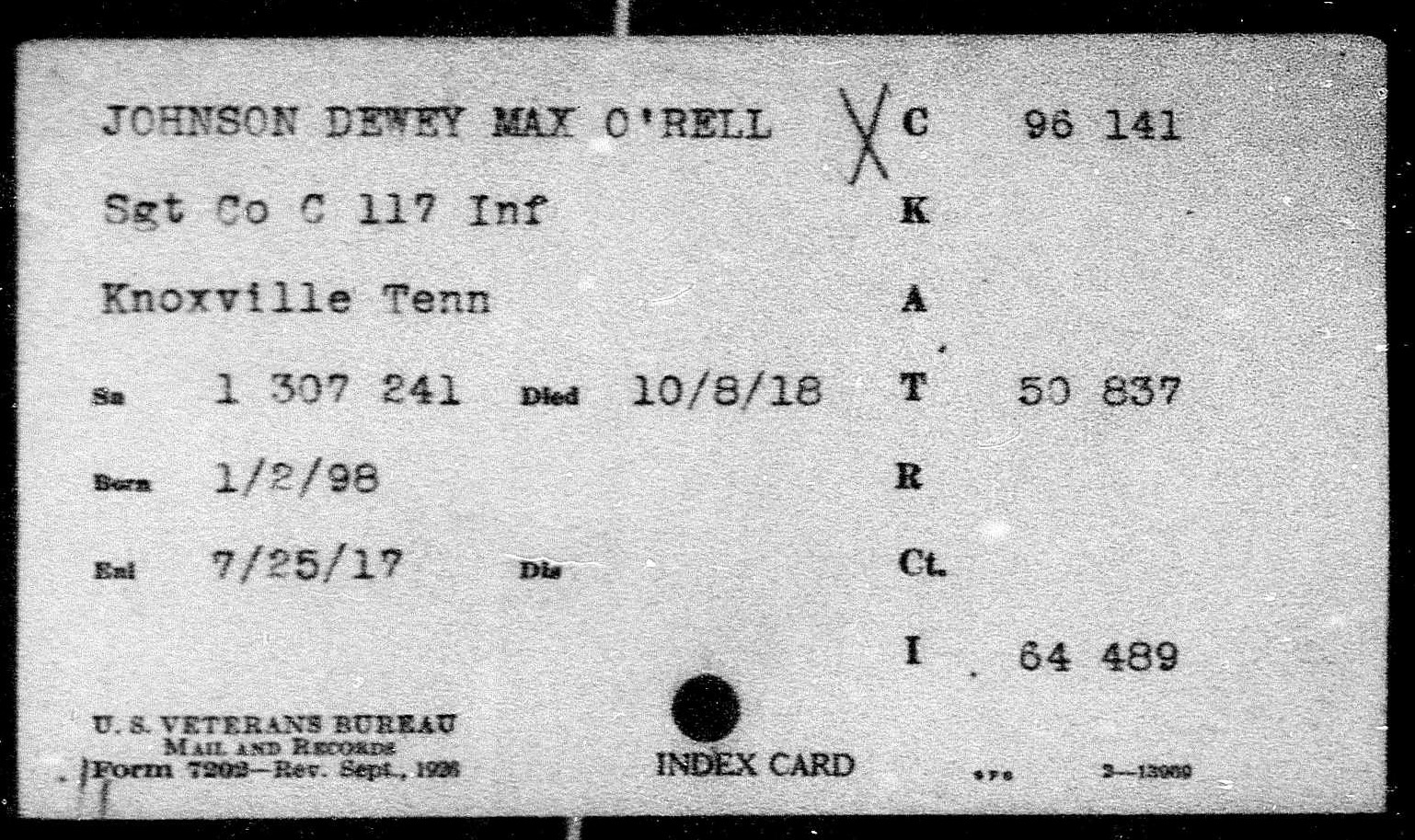 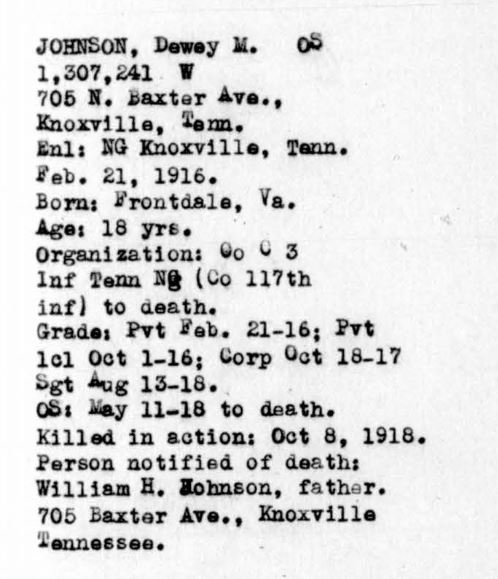 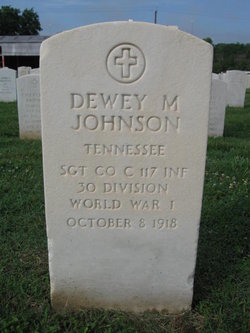