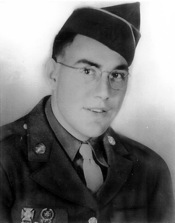 Uncle Dewey was born April 12,1921, the son of David Houston and Susan Viola Kennedy Womac. On September 3, 1939, he married Edna Mae Wilson, his neighborhood sweetheart. Two years prior to entering the Armed Forces, the family which included one daughter, lived in Portsmouth, Virginia, where Dewey worked in the shipyards.

Upon entering the service, Pvt Womac took his basic training in the Infantry at Camp Blanding, Florida, and some time in December, 1944, he was sent overseas to serve under the command of General Patton. On February 10, 1945, after the battle at Roer River, Dewey Estell Womac was listed as Missing In Action. 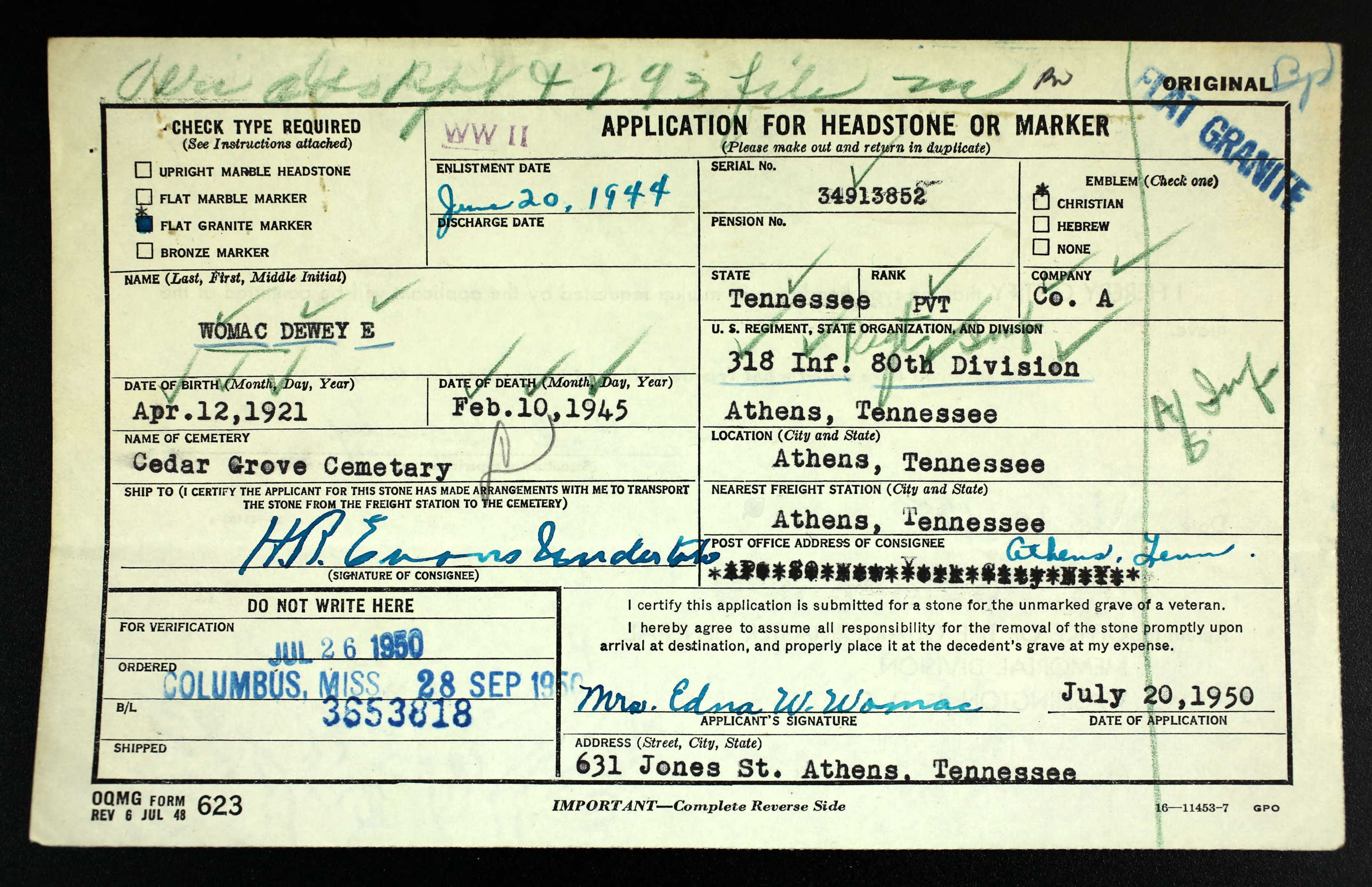 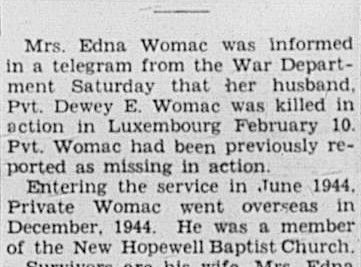