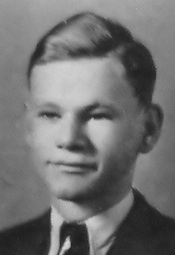 2nd Lieutenant Dewey E. Crowe, US Army Air Forces, was assigned to the 54th Fighter Squadron, The Aleutian Tigers, 343rd Fighter Group. On 4 September 1942 the 54th arrived at Adak, Alaska. On Monday 14 September 1942, the group was flying its first heavy bomber fighter strike against Kiska Island. 2nd Lt Crowe was flying a P-38. During the attack his P-38 collided head on with another P-38 during a dogfight with a Japanese aircraft.

He is remembered on the Tablets of the Missing, Honolulu Memorial, Hawaii. He has a memorial stone in Happy Valley Memorial Park, Elizabethton, TN. 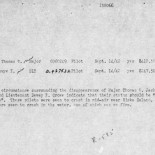 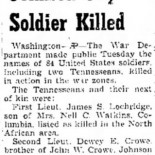