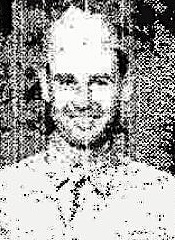 The Kingsport Times News, 7 January 1945
PFC Denzel D. Dykes killed in action on Leyte Island. Mrs. Eva M. Dykes has been informed by official word from the War Department that her son PFC Denzel D. dykes, 33, was killed in action on Leyte Island. A letter from General Douglas MacArthur was also received by Mrs. Dykes. Private Dykes entered the Army July 18, 1942 and received 13 weeks of chemical warfare service training at Camp Sibert in Cadsden, Ala. He left Alabama November 5, 1942, and arrived in Califormia on Armistic Day.  He was stationed at Fort McDowell for a short time, then left for the Hawaiian Islands. While there his right arm was fractured and he was in the hospital for two months. Private Dykes then went to Australia and to New Guinea, and finally to the Philippine Islands. He had 23 months of overseas duty as a member of the infantry. Private Dykes was employed by the Tennessee Eastman Corporation in civilian life. Surviving are his mother, who is a resident of Rogersville, Route 6, four brothers and one sister.

The Kingsport News 3 September 1948.
Body of Hawkins soldier arrives Friday Afternoon
The body of PFC Denzel Dale Dykes, 32, who was killed in action on October 22, 1944 in the Philippine Islands, will arrive in Kingsport at 2:15 p.m. A honor guard from the Charles DeWitt Byrd Post, V.F.W. will meet the train. Dykes was the son of Mrs. Eva M. Dykes and the late E.J. Dykes of Rogersville, Route 6. PFC Dykes entered the Army on July 4, 1942. Born and reared in Sullivan County, he attended school at Solomon’s Temple and Fall Branch and was working at Tennessee Eastman when he entered the service. In addition to his mother, he is survived by one sister, Mrs. Berton Morrison of Fall Branch: four brothers, Glade and Carol of Kingsport, Route 5, Paul of Greeneville, Route 3 and Thelma of Rogersville, Route 6. Burial will take place at Solomon’s Temple cemetery.

“Denzel D. Dykes was my great-uncle. When he left for the service, he had never traveled beyond upper East Tennessee. The story from my grandfather was that he didn’t come home when he had an opportunity for leave because he knew how hard it would be for his mother to see him return to action. He died in the Pacific.”
–Submitted by Cheryl Light 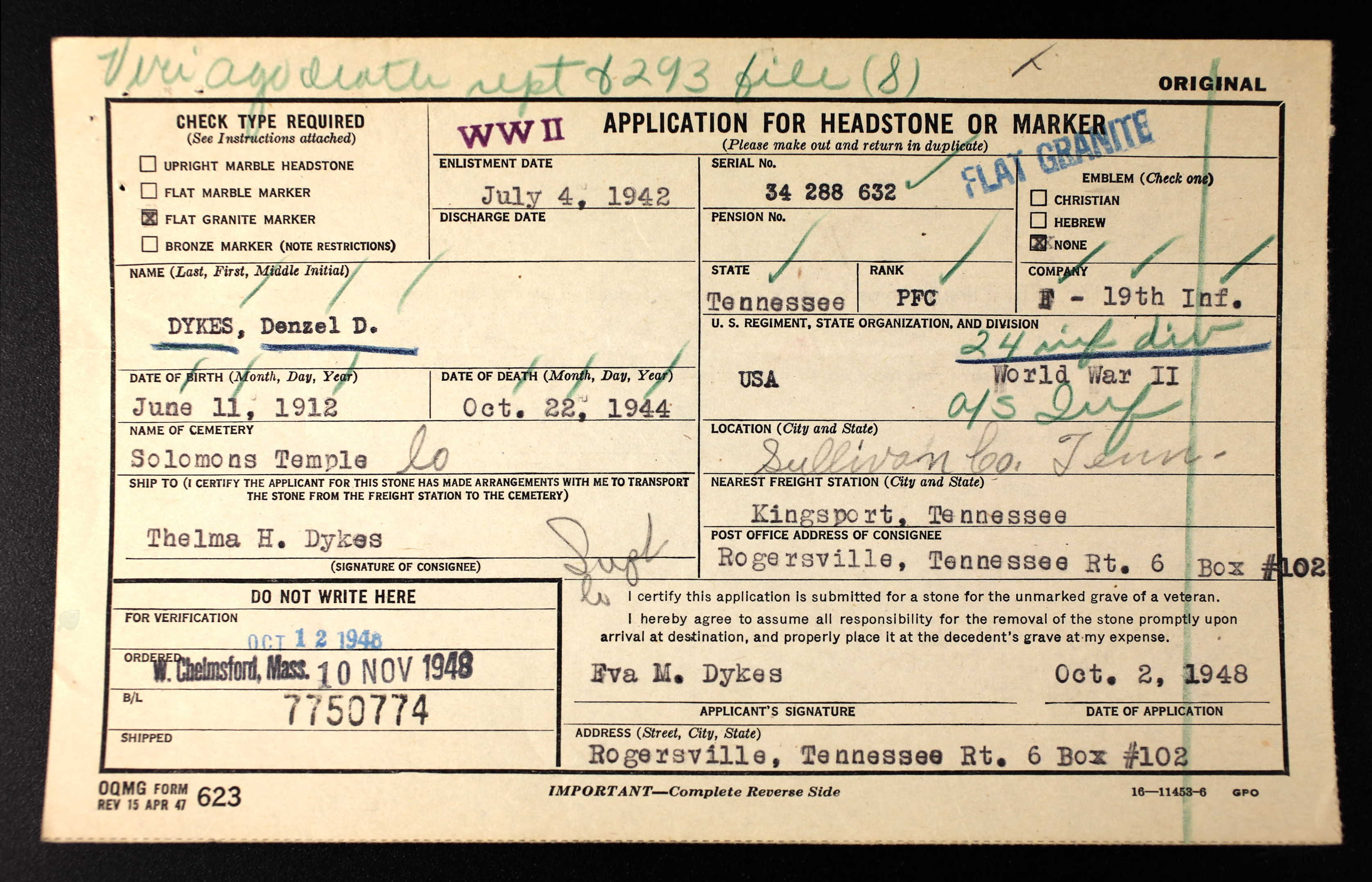