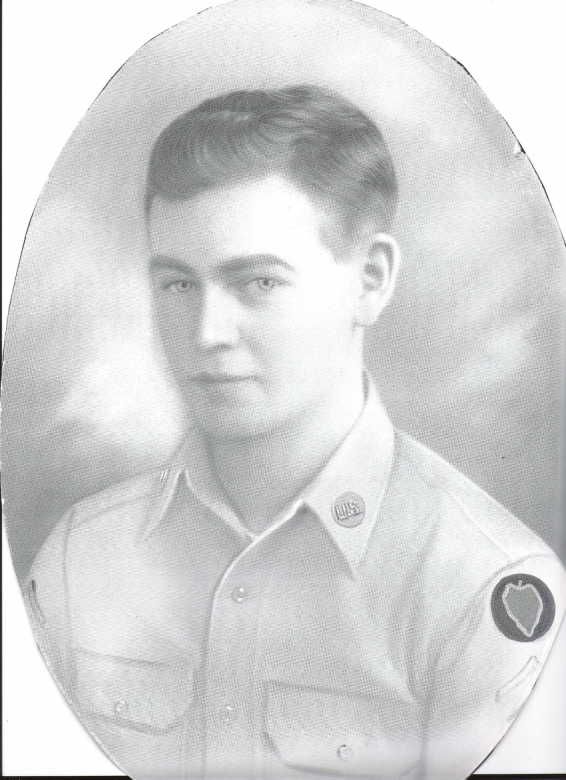 Private First Class Ward was a member of Headquarters Company, 1st Battalion. 19th Infantry Regiment, 24th Infantry Division. He was taken Prisoner of War while fighting the enemy in South Korea on July 16, 1950, forced to march to North Korea on the “Tiger Death March”, and died at Chunggang-jin, North Korea on November 16, 1950. His remains were not recovered. His name is inscribed on the Courts of the Missing at the Honolulu Memorial.

The Greeneville Sun, 17 January 1949
Private Delmer R. Ward, son of Mrs. Ollie Ward of Greeneville, Tennessee, Rt. 12 is now serving with the 19th Infantry Regiment, a unit of the 24th Infantry Division. The famed 24th Division, popularly known as the “Victory” Division, now occupies the entire island of Kyushu, third largest and southernmost of the Japanese chain. Pvt. Ward enlisted in January of 1948 and was sent to Fort Lawton, Washington, Port of Embarkation for overseas assignment. Arriving in Japan in Juy of 1948 he joined the 24th Infantry Division and was assigned to the 19th Infantry Regiment. Prior to his enlistment, he attended Lost Mountain High School. 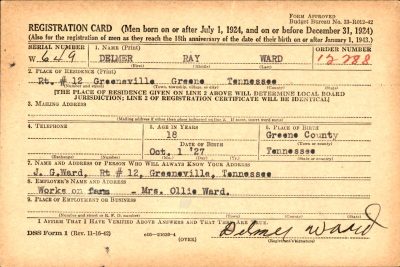 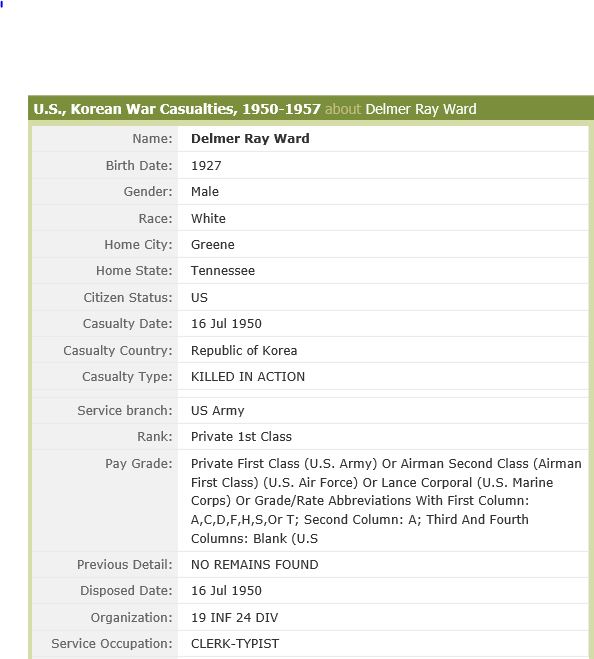 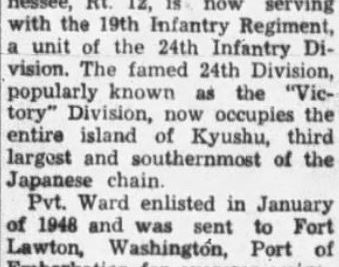 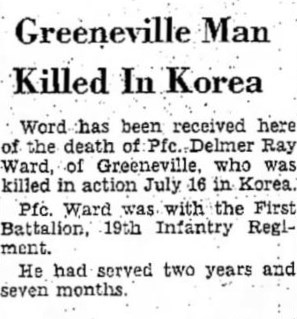