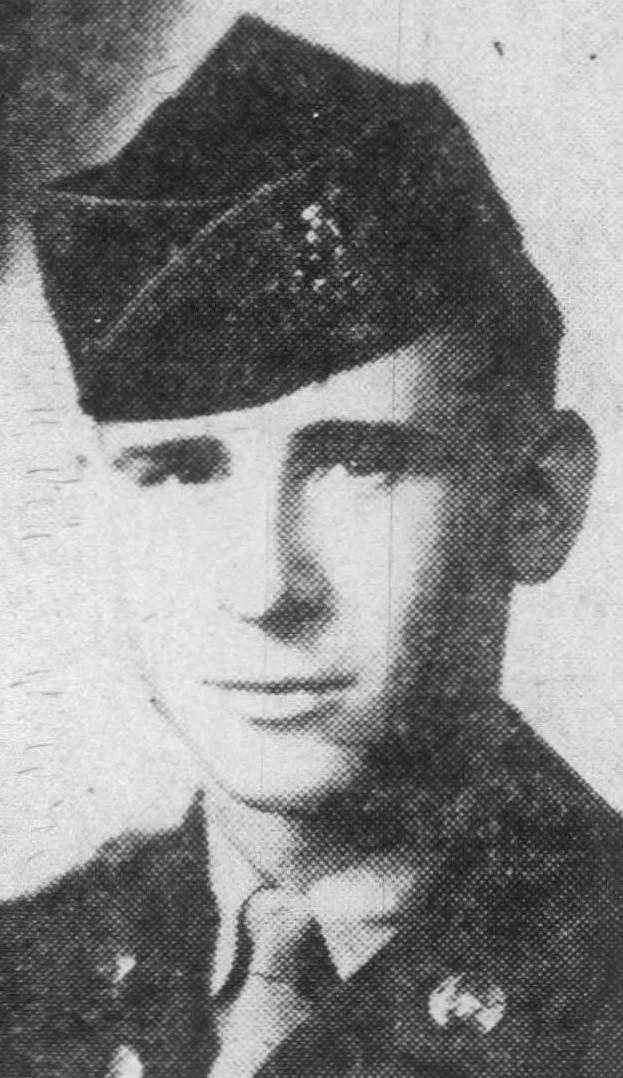 James Ralph DavisMissing since 30 November 1950Corporal31st Infantry Regiment, 7th Infantry DivisionCorporal Davis was a member of the Heavy Mortar Company, 31st Infantry Regiment, 7th Infantry Division. He was Killed in Action while fighting the enemy in North Korea on November 30, 1950. His remains were not recovered. Corporal Davis was awarded the Purple Heart, the Combat Infantryman’s Badge, the Korean Service Medal, the United Nations Service Medal, the National Defense Service Medal, the Korean Presidential Unit Citation and the Republic of Korea War Service Medal.Memorial services for Cpl. James Ralph Davis, 19, who was killed in action in Korea on November 30, 1950, will be held Friday at 2 p.m. at the Oak Grove Baptist Church, West Ridge, Hawkins County. The Rev. W.H. Parrott, pastor of the church, will conduct the service.Cpl. Davis was the son of Mr. and Mrs. James M. Davis, Route 3, Church Hill. He was born in Hawkins County, and attended school at Church Hill High. He entered the service on June 3, 1948, and had been in Japan for over two years. His unit, the 31st Regiment of the 7th Division entered Korea from Japan just one month prior to his death. He was a member of the 81mm. mortar squad. His unit was believed to have been in action at the Chosin Reservoir at the time of his death.In addition to his parents, he is survived by three brothers, Robert L. Davis, Surgoinsville, Tenn., Paul R. and Hugh Davis, at home and one sister, Mrs. Harry L. Percell, with her husband, who is in the U.S. Army at Camp Rucker, Ala.; his paternal and maternal grandparents, Mr. and Mrs. Rob Davis and Mr. and Mrs. Robert Byington all of Church Hill. 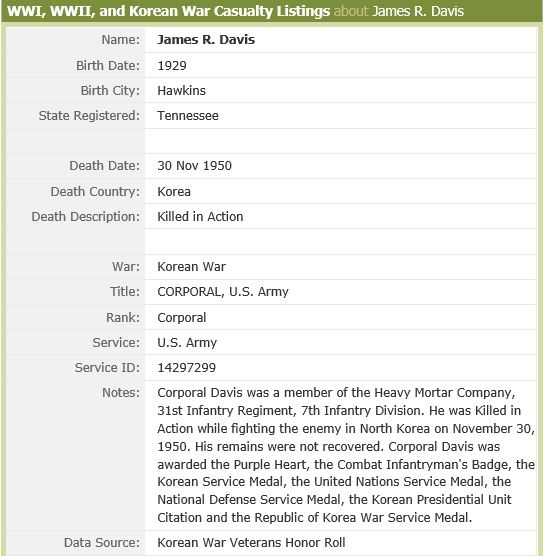 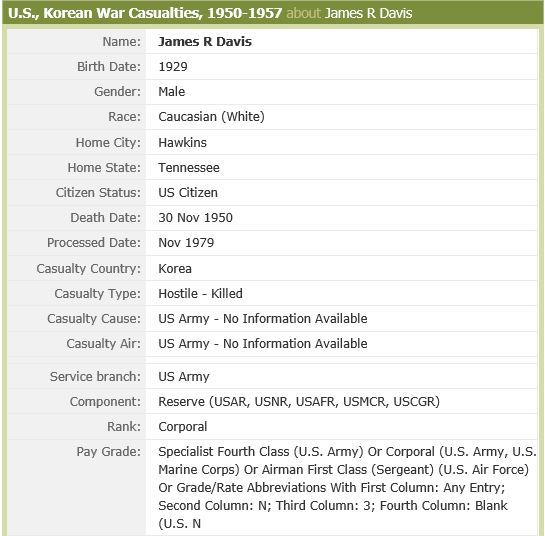 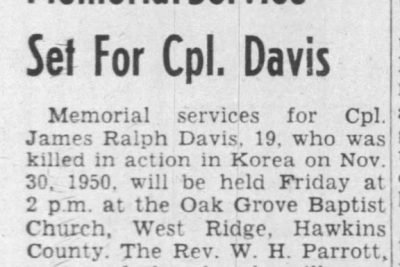