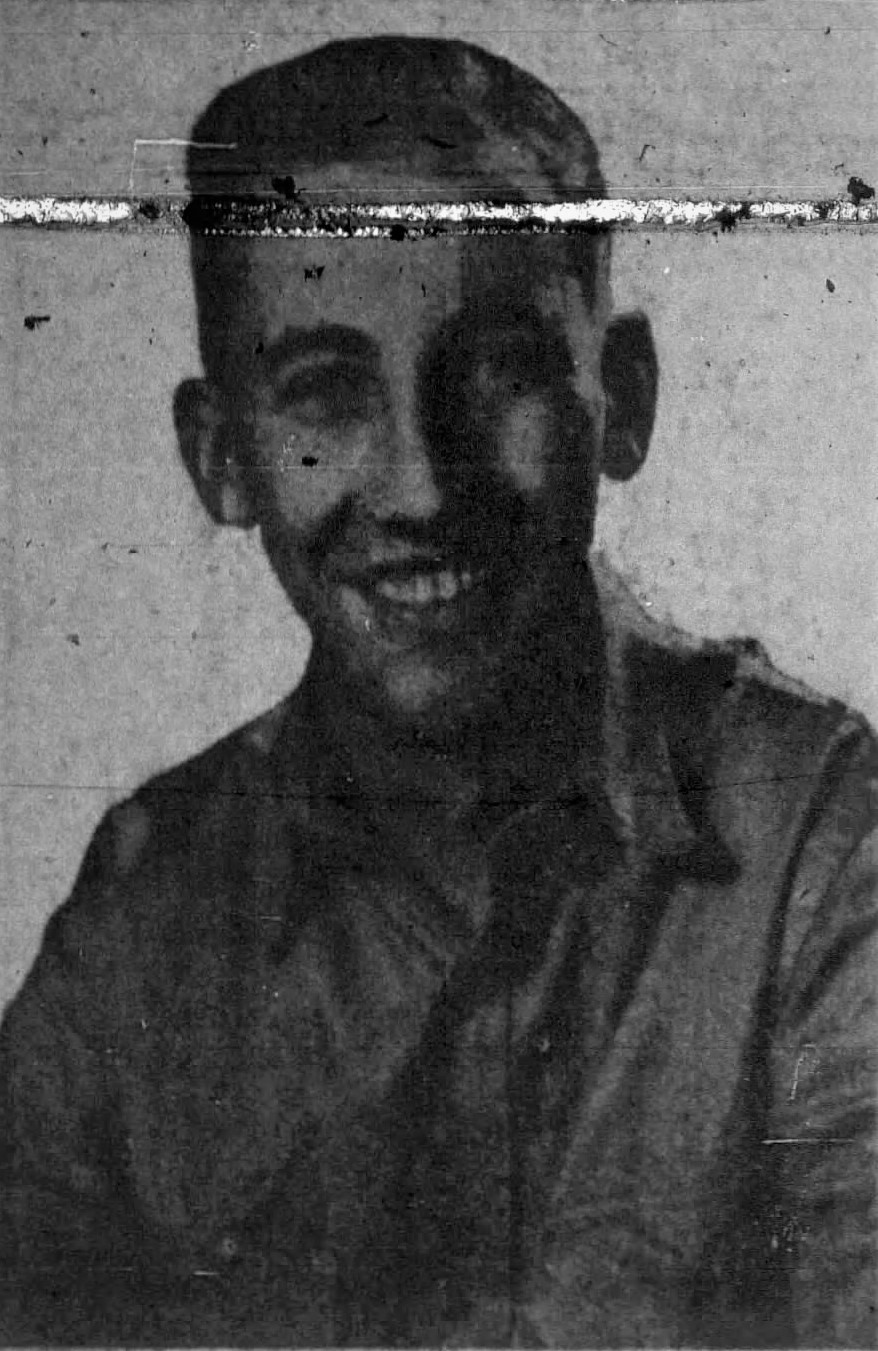 The Johnson City Press,  March 2, 1945
Memorial service for Sgt. David Raymond (Skinney) McQueen, who was killed in action November 4 in Holland, will be held at the First Christian Church. The 29-year-old sergeant was killed during a drive of the 104th “Timberwolf” Division of which he was a member. His body lies in the division cemetery in Belgium. Chaplain Robert Frey was with him when he died on the battlefield. Entering the service November 17, 1942, he was sent overseas in August, 1944. He was graduated from the Elizabethton High School in 1934. He was a member of the Cyclone football team. Prior to induction, he was employed at the North American Rayon Corporation, and was a member of the First Christian Church. Surviving are his widow, Mrs. Margaret Boling McQueen; an infant son, David Raymond McQueen Jr.; his aprents, Mr. and Mrs. D.L. McQueen, of 08 Accademy street; three sisters, misses Pearle and Jean McQueen, of Elizabethton, and Mary K. McQueen, parachute rigger second class of the WAVES, Seattle, Wash.; two brothers, Pvt. Warren McQueen in France and J.C. McQueen, Charleston, S.C. 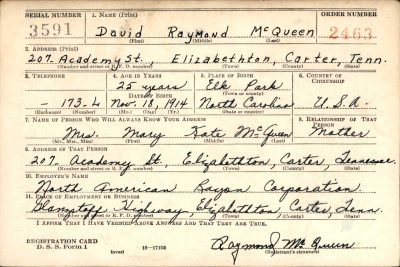 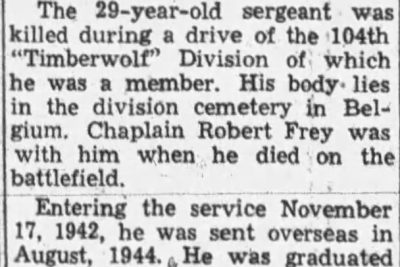 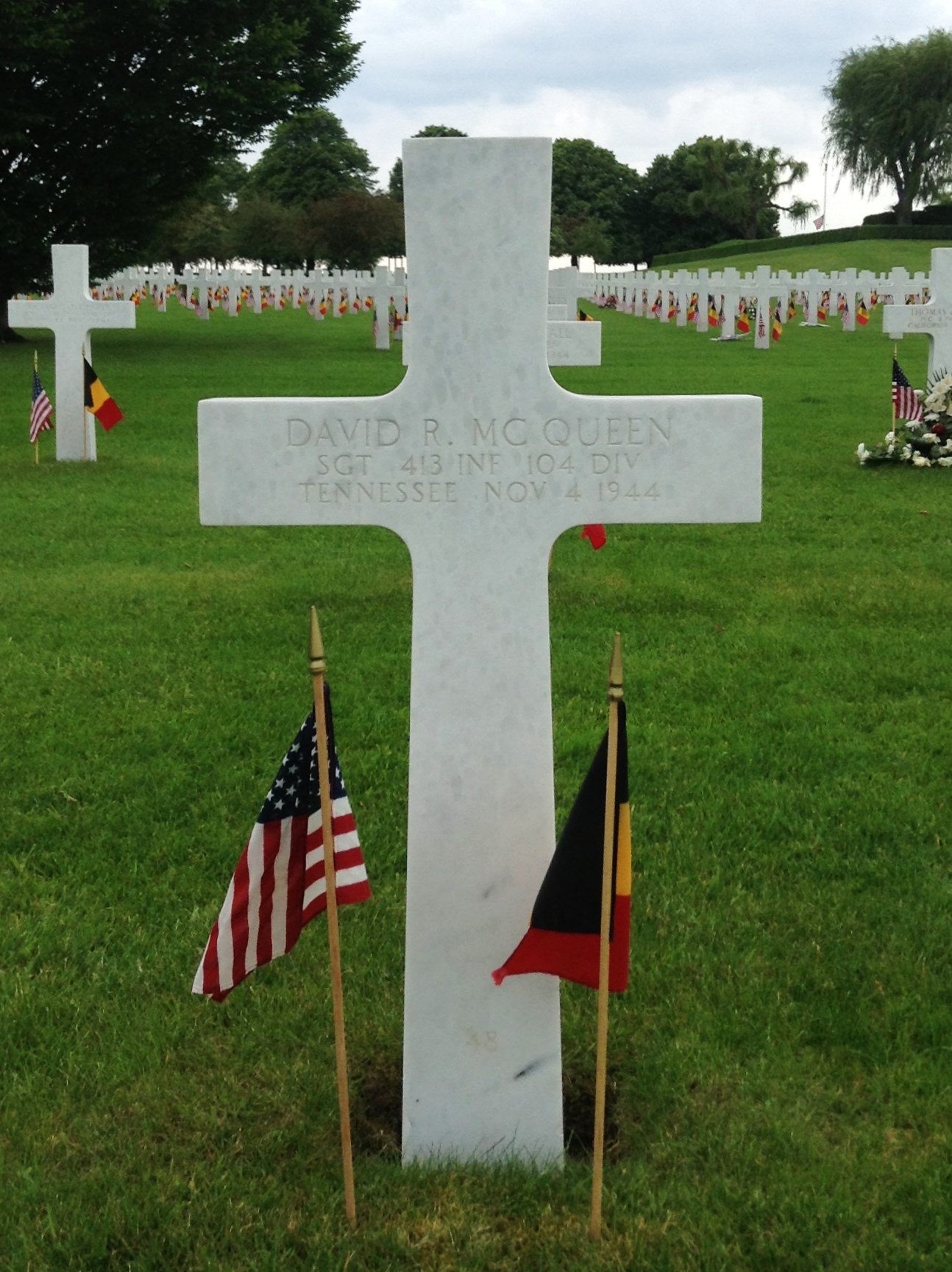