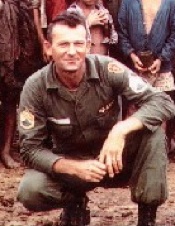 David Paul Spears was operating a 185 millimeter howitzer against a hostile force when a round detonated prematurely. He volunteered for service 15 years ago and served in Korea during that war and again in 1959. He was stationed in Germany in 1955-1956 and for the past three years had been stationed in Hawaii. S/Sgt Spears was married to the former Shelby Jean Mayes of Rogersville and father of three children, Frankie, Karen and Linda. 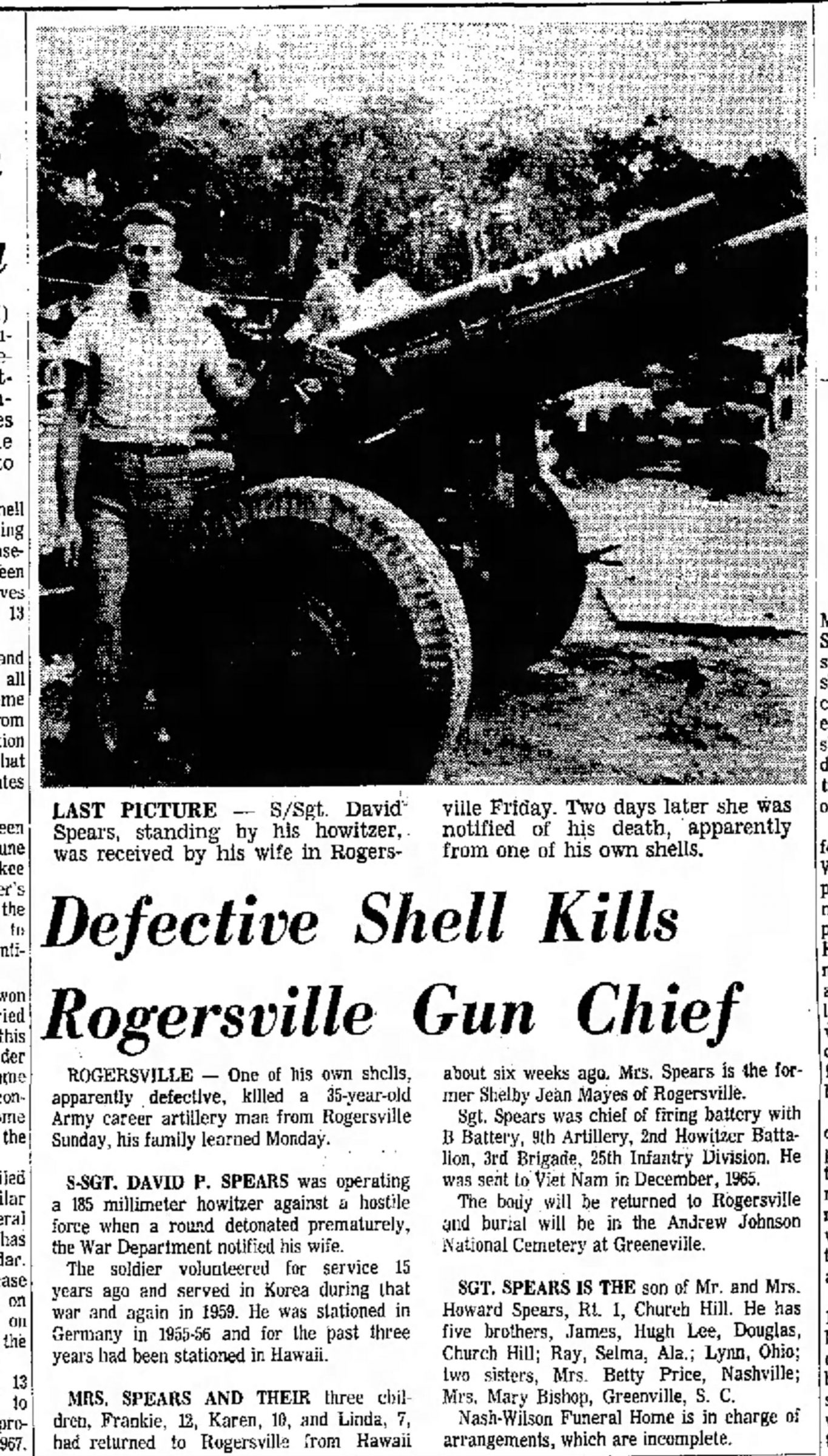 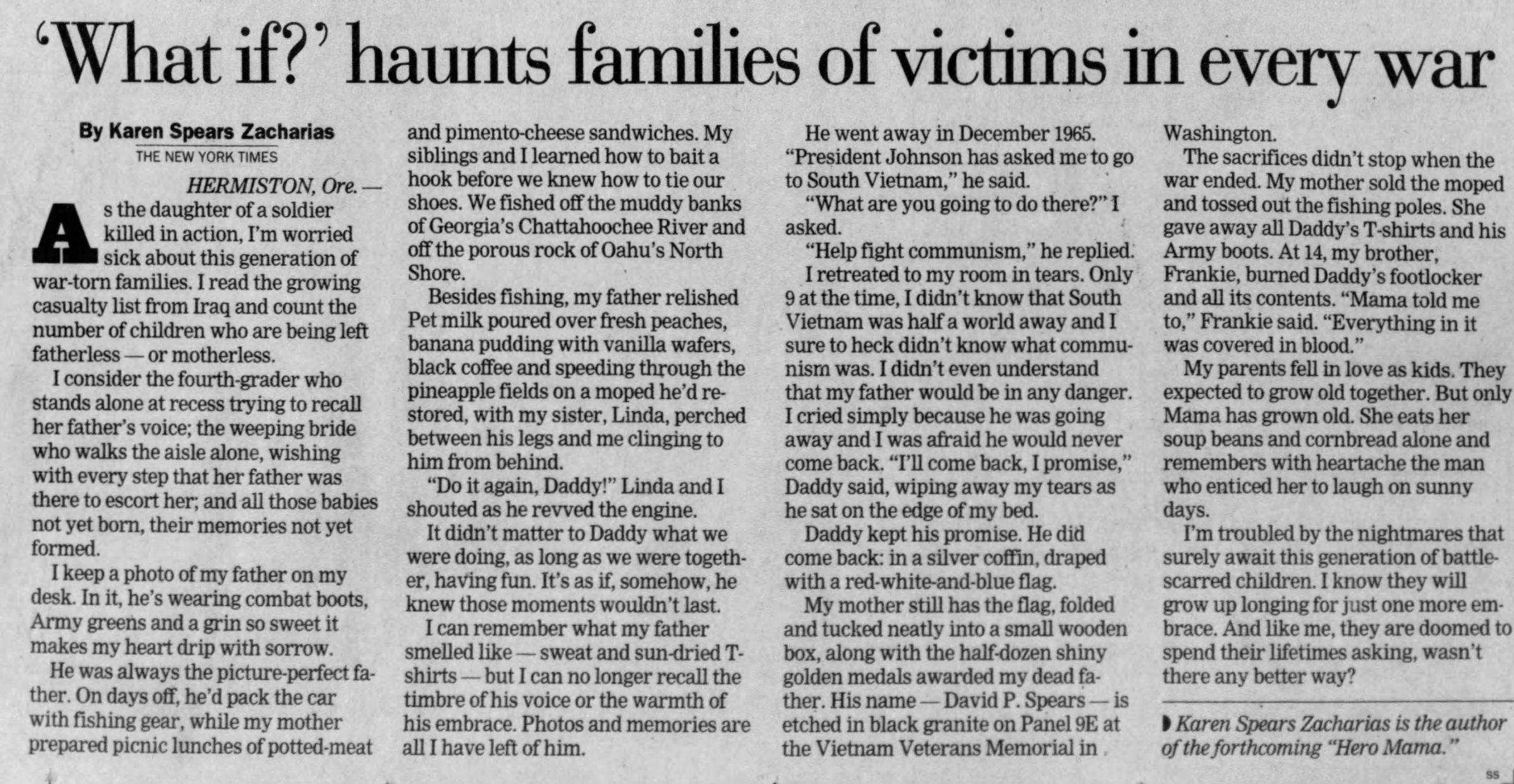 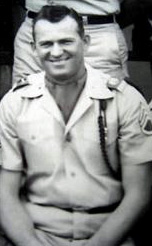